People in the Mexican town of Ciudad Juárez, near the US border, are mourning the deaths of guards killed in Sunday's prison break.

Seven more people were killed in a shoot-out on Monday while investigators were hunting the escapees.

The attack is one of the deadliest seen in recent times. 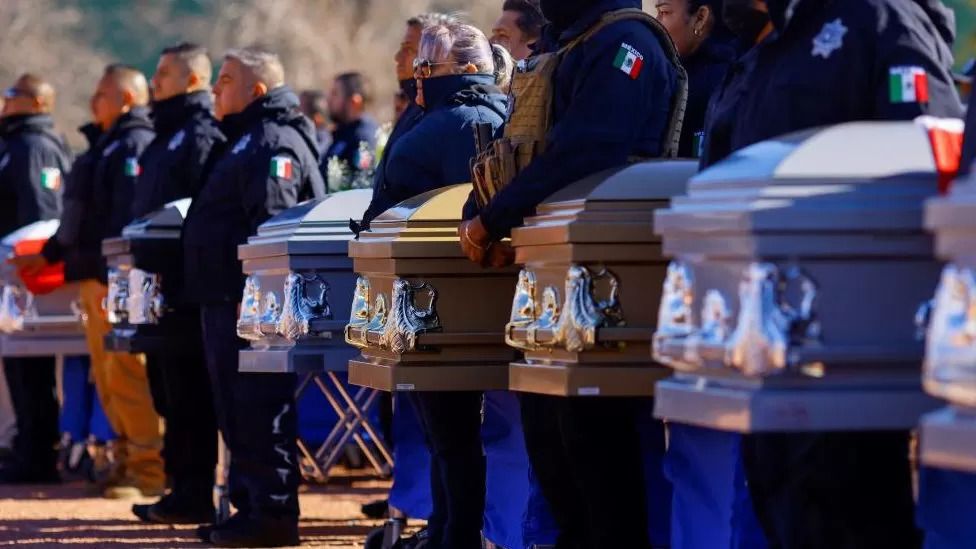 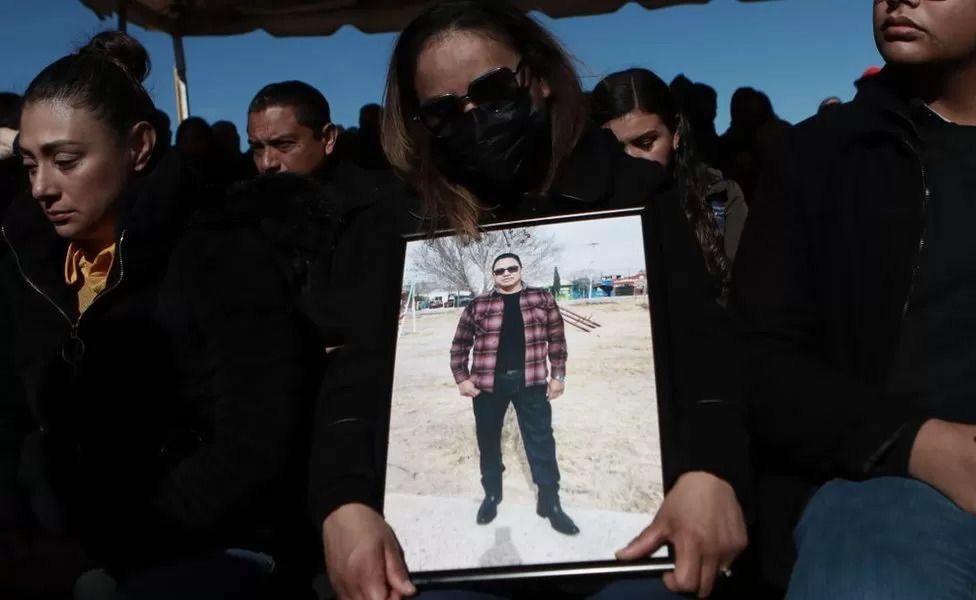 A relative holds a picture of one of the guards killed 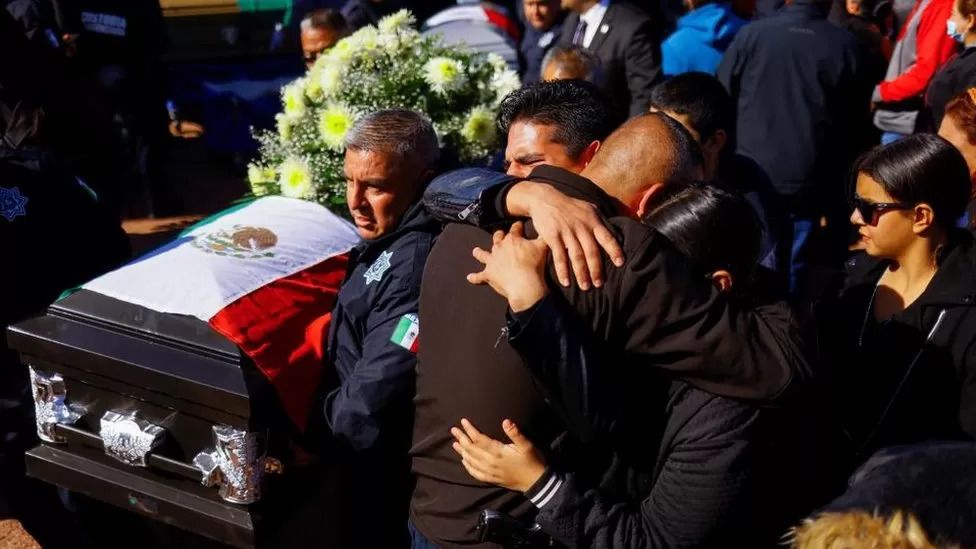 People embrace and pay homage to the victims 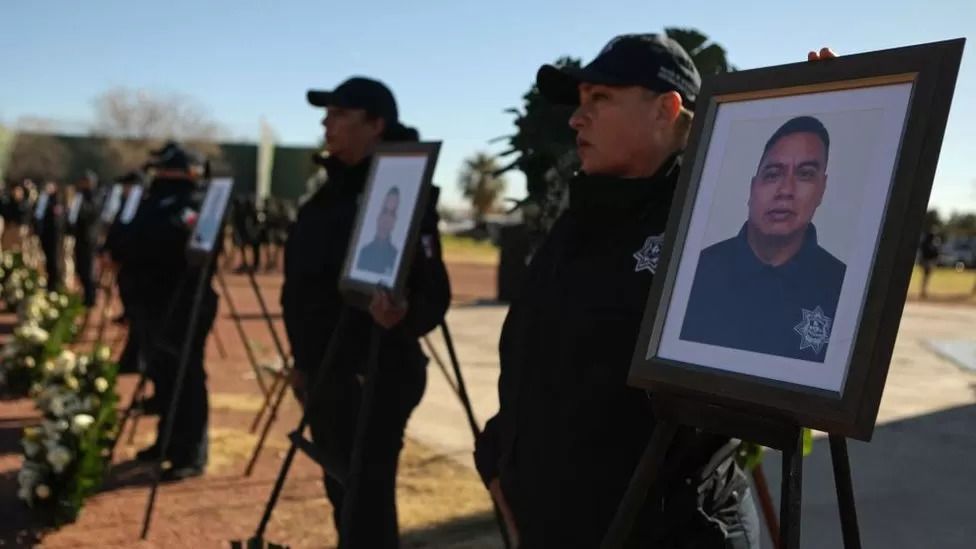 Security agents stand next to pictures of the killed prison guards 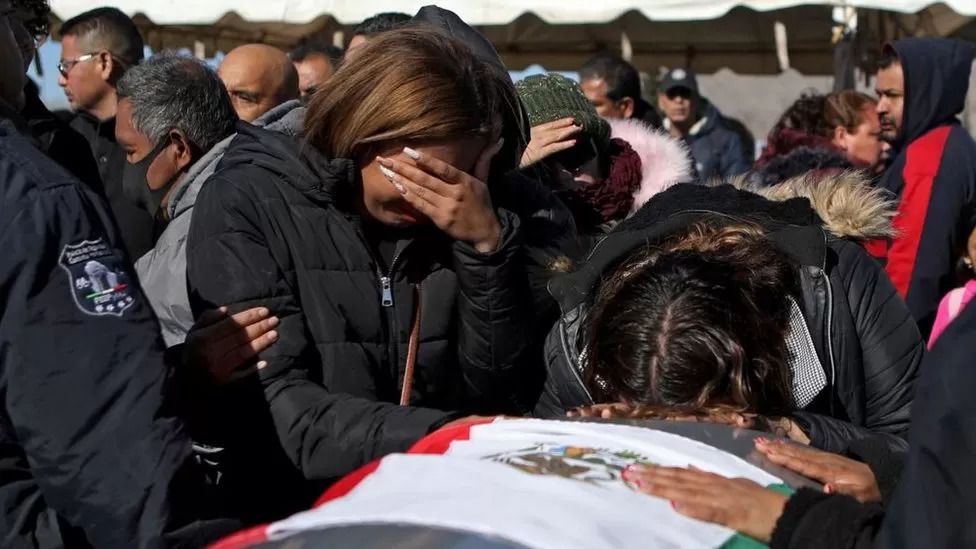 People grieve for the dead