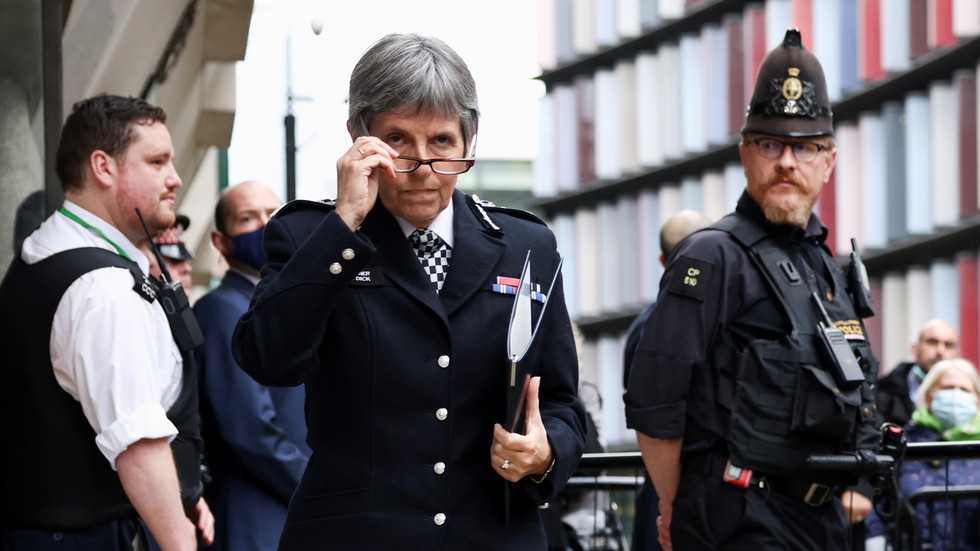 Met Police chief orders review into ‘standards and culture’ in the force after Wayne Couzens convicted of kidnap, rape & murder

The Metropolitan Police commissioner has ordered a review into her force’s “standards and culture”, after Wayne Couzens was given a whole-life order for kidnap, rape and murder – crimes he committed while a serving police officer.

“People are entitled to their opinion, but I’ve got a job to do and I’m getting on with it,” Dick stated, adding that it was her role to restore public trust in London’s police force. She said this would be achieved by “bringing in an independent person to review our standards and culture.”

The “fully transparent” report will review how officers in Britain’s largest force treat each other and engage with members of the public. “Our leadership, our processes, our systems, our people, our training – everything will be looked at,” the commissioner told the media.

She said the results of the inquiry would be made available directly to her, but any recommendation for changes would be made public.

Dick admitted that public trust had been damaged by Couzens. “We depend on the trust of the public. We police by consent and I know that public trust has been damaged. People are rightly gravely concerned about what they’ve seen,” she said, adding that the events were “dreadful” and her colleagues were “furious” about the way the force had been dragged into disrepute.

However, the commissioner also contended that there had been vast improvements in the way officers conducted themselves since she first joined the force 40 years ago, particularly with regard to sexist attitudes and behaviour.

Dick was speaking after former firearms officer Couzens was awarded a rare whole-life tariff on Thursday, meaning he will spend the rest of his life behind bars. He was found guilty of falsely arresting, kidnapping, raping and murdering Sarah Everard on March 3. Everard was walking home from a friend’s house in South London when she was abducted by Couzens, who used his police handcuffs on detaining her under false pretences.

Earlier on Monday, another Met officer, David Carrick, appeared in St Albans Magistrates’ Court, accused of raping a woman he met on the dating app Tinder. The court heard that Carrick – who was from the same unit as Couzens and is currently suspended from duty – “emphatically denies” he attacked the woman after they went out for drinks together.

The Independent Office for Police Conduct has also opened a probe into five serving and former officers known to Couzens. Alarming messages of a “discriminatory and/or inappropriate nature” shared between Couzens and these officers were uncovered during the Everard investigation.

The commissioner has faced numerous calls to resign in recent months, but has the support of the government. She was due to relinquish her position in April, but her contract has been extended until 2024.
Add Comment