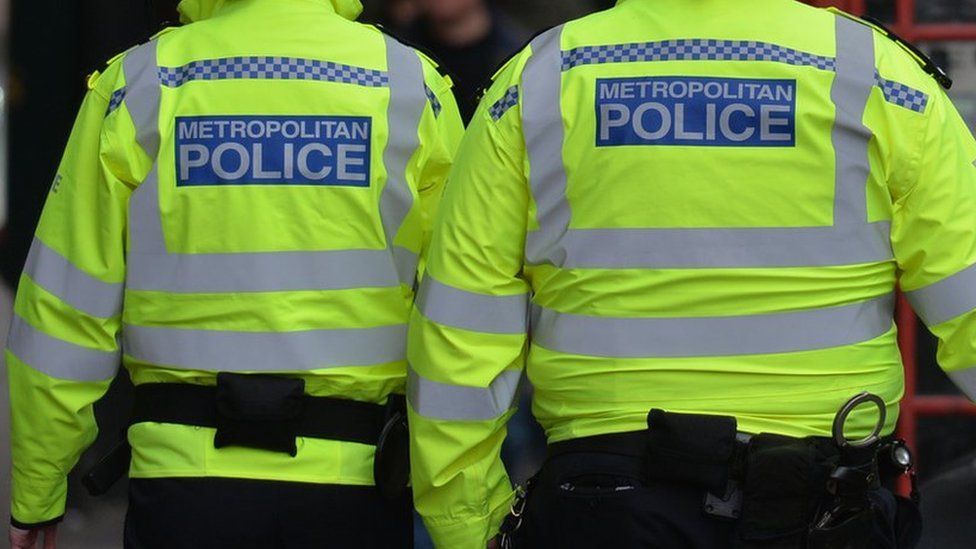 Two former Met officers would have been sacked due to bullying and offensive remarks had they still been serving, a disciplinary panel has found.

An investigation was launched following allegations that a police constable had sex in a room at Charing Cross police station, where the pair worked.

During the investigation the pair were found to have exchanged racist and misogynistic messages to each other.

A panel found the pair would have been sacked had they still been serving.

One officer, known as Pc A was sacked in June 2019 after being convicted of a criminal offence. The other officer, Pc B, resigned in May 2019. Both are barred from returning to the service.

The pair were investigated as part of a probe into 13 Metropolitan Police officers who worked at Charing Cross police station between 2014-17.

On Wednesday, an independent panel found that Pc A, had bullied a colleague over the course of eight months - sending them inappropriate messages and repeatedly asking about their sex life.

When the victim complained, Pc A sent a series of messages to colleagues, threatening to hurt the officer.

In November 2014, the panel heard Pc A repeatedly used a racist term at a Christmas party.

Pc A wiped his WhatsApp messages when he suspected he might be arrested as part of an ongoing investigation into a separate matter.

Investigators found offensive images and comments about women, ethnic minorities and disabled people, on his phone.

The panel also found that Pc A was taking steroids in April and May 2017.

Pc A exchanged messages with Pc B that constituted gross misconduct, the panel found.

The pair made comments about drug-taking and offensive remarks about women that included references to domestic violence and prostitution.

Investigators also found other offensive texts including foul and inappropriate language, some of which was racist.

The panel found that all allegations made against the two officers were proven, and that they would have been sacked without notice had they still been serving.