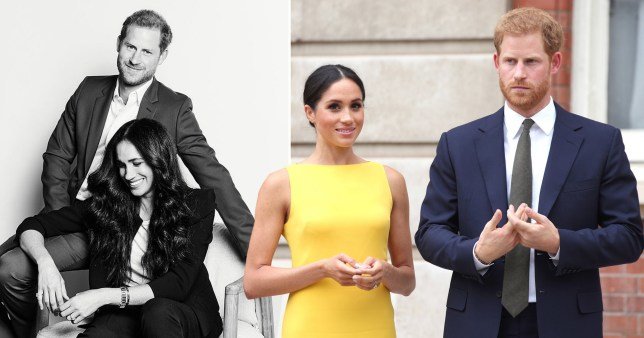 Meghan Markle wore a watch that once belonged to Princess Diana as she posed with Prince Harry for a new official picture.

The royal couple appeared relaxed in a new photo released to coincide with a Time100 talk they will host on October 20 to discuss the ‘state of our shared digital experience’.

Time100 said the pair would host a specially curated edition of TIME100 Talks, which ‘convene extraordinary leaders from every field to spotlight solutions and encourage action’.

A statement read: ‘Presented in partnership with P&G and themed around the topic of “Engineering a Better World,” the special episode of TIME100 Talks reflects a foundational element of The Duke and Duchess’ nonprofit Archewell – building online communities that are more compassionate, safe, and trustworthy.’

The discussion will feature conversations with a range of journalists and online creators including Reddit co-founder Alexis Ohanian.

Meghan and Harry are set to make opening and closing statements, as well as lead discussions around the ‘pursuit of a more compassionate, safe, and trustworthy digital world.’ 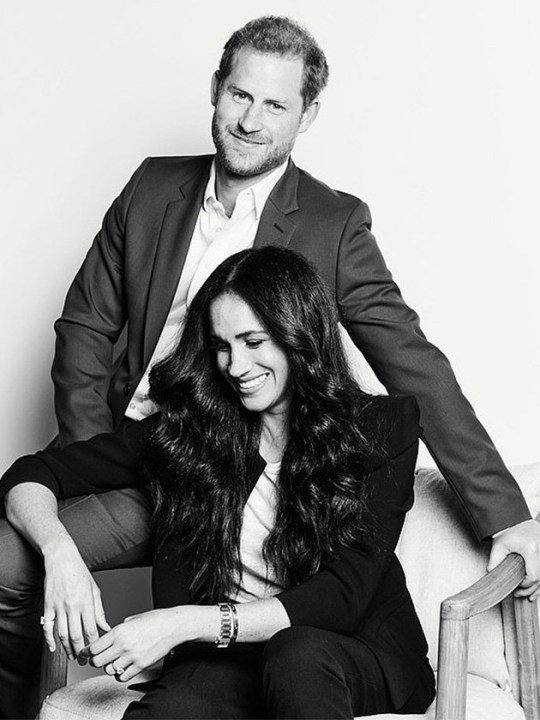 Prince Harry and Meghan Markle in their new Time100 photograph together

Speaking to TIME100 about the couple’s influence, TIME executive editor and editorial director of the TIME100 Dan Macsai said: ‘The Duke and Duchess of Sussex, both TIME100 alumni, are among the most influential voices in the world.

‘We look forward to working with them to elevate essential voices and highlight real solutions to some of the most pressing issues of our time.’

Meghan said: ‘Every four years we are told the same thing, that this is the most important election of our lifetime. ‘But this one is. When we vote, our values are put into action and our voices are heard. Your voice is a reminder that you matter, because you do and you deserve to be heard.’