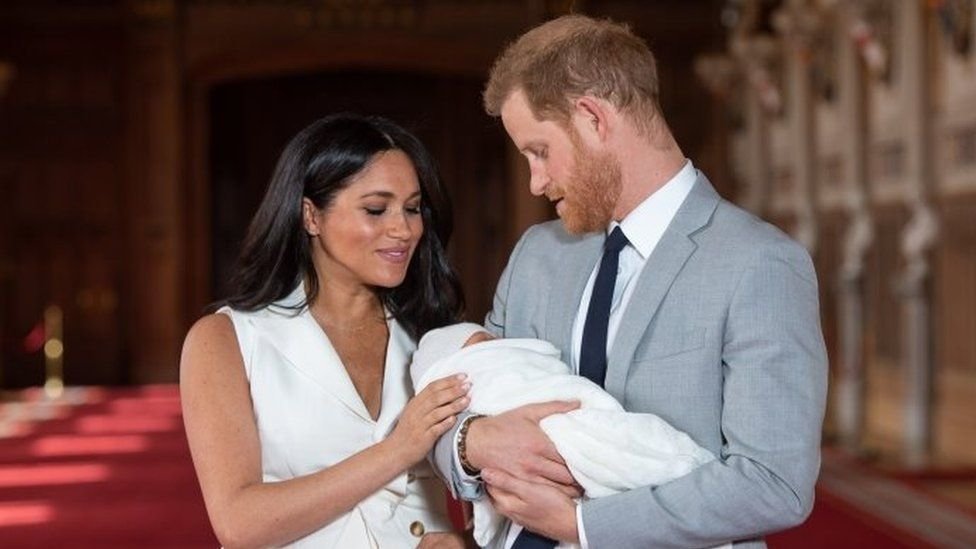 The Duchess of Sussex has settled a legal claim against a news agency that photographed her and her son, Archie, the High Court has heard.

Splash News and Picture Agency - which is in administration - has agreed not to take photos of her, Prince Harry or Archie, should it resume trading.

Meghan's solicitor said the photos were taken during a "private family outing" in a park in Canada.

The pictures were taken in Horth Hill Regional Park on Vancouver Island, British Columbia, on 20 January, using a long lens, and showed Meghan walking with her two dogs, with Archie in a baby sling.

The duke and duchess had set up base in Canada at the time, after announcing their intention to step back as senior members of the Royal Family and divide their time between the UK and North America. They later relocated to Meghan's home state of California.

Meghan brought privacy and data protection claims against Splash in March both in her own right and with her husband, Harry, on behalf of Archie.

However, Splash UK went into administration on 1 July, after the claim had been issued and served.

Meghan's solicitor, Jenny Afia, said that in light of the administration the parties had agreed to settle the claim against the agency, with Splash UK agreeing not to take any photographs of the couple or their son, should it come out of administration in the future.

Ms Afia told the court the couple's case was that the taking of the photographs was an "unlawful invasion of privacy" and their subsequent syndication to the media violated their data protection rights.

She said the couple held that when the photographs were taken, Meghan and Archie were on "a private family outing in a remote rural setting and that there was no public interest in the photographs".

Ms Afia added it was the couple's case that, a day before the photographs were taken, a Splash photographer made "a full reconnaissance inspection" of their private home, "walking around it looking to identify entry and exit points and putting his camera over the fence to take photographs".

Neil Allen, of the administrators of Splash UK, accepted "all that Ms Afia has said" on behalf of the agency.

A spokesman for the parent company Splash said: "Splash confirms that one of its former companies has agreed that, should it begin trading again, it will not take unauthorised photographs of the family of the Duke and Duchess of Sussex."

A spokesman for Schillings, Meghan and Harry's legal representatives, said the settlement was "a clear signal that unlawful, invasive and intrusive paparazzi behaviour will not be tolerated, and that the couple takes these matters seriously - just as any family would."

A simultaneous and similar claim against Splash US - Splash UK's American sister company - is continuing through the UK courts, the spokesman added.

The duchess is also suing Associated Newspapers, publisher of The Mail On Sunday and MailOnline, over publication of a letter the duchess wrote to her estranged father, Thomas Markle.

In October, she was granted a postponement of the trial, which had been due to be held in January, until autumn 2021.