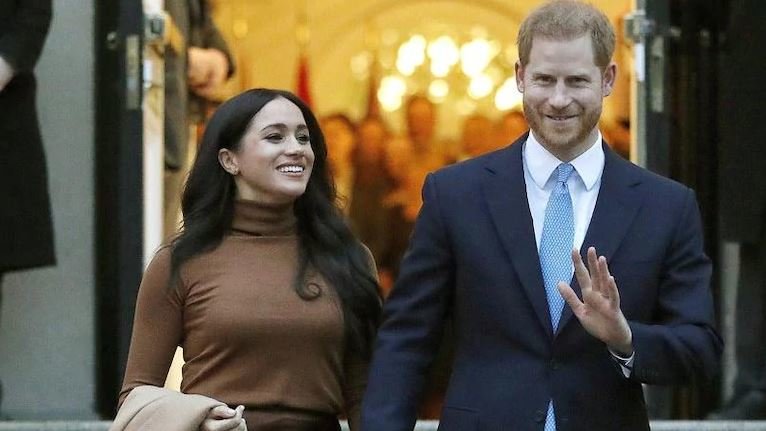 Meghan Markle and Prince Harry, who stepped down from their roles of senior members of the British Royal family in the beginning of this year, have no chance of returning to Britain full-time.

The couple are currently living in California. According to the author of the new book Battle of Brothers, Robert Lacey, the Duke and Duchess of Sussex will not be leaving America.

MEGHAN AND HARRY WILL NOT RETURN TO BRITAIN

According to Vanity Fair, while talking about his book, which is about the fallout between Harry and Prince William and Harry and Meghan's Royal exit, Lacey said, "I don't think we'll ever see them leaving their American base.

The question is can the monarchy adapt to the challenge of a free thinking couple and arguably the most charismatic members of the family or will they shut them out of the picture (sic)?"

He also talked about Meghan and Harry's widespread criticism over sharing their opinions about elections in the USA. He said, "There does seem to be evidence of the palace briefing against Harry and Meghan.

The Sunday Times ran a piece recently quoting royal sources close to the palace saying that Meghan and Harry violated the agreement with the royal family when they made comments about the American election when actually they were very careful in what they said.

I'm afraid it seems a decision has been taken to cast Harry as the scapegoat and to justify the solitary emergence of William in the new generation."

He also compared Meghan to Harry and William's late mother, Princess Diana. He said, "Meghan is used to using her celebrity platform to speak about issues that matter to her.

When she, Harry, William, and Kate were at a Royal Foundation Forum even before she had married into the royal family Meghan was very vocal and spoke about the rights of minorities and rights for women.

She's a self-made celebrity and I think she was just too much for the palace to handle. There's a systemic challenge there. She's like Diana but a stage further, and that's a challenge for the Royal Family."

According to Lacey, the brothers will unite in July, when a statue of Diana will be unveiled at the Kensington Palace. But he isn't sure how genuine the reunion will be.