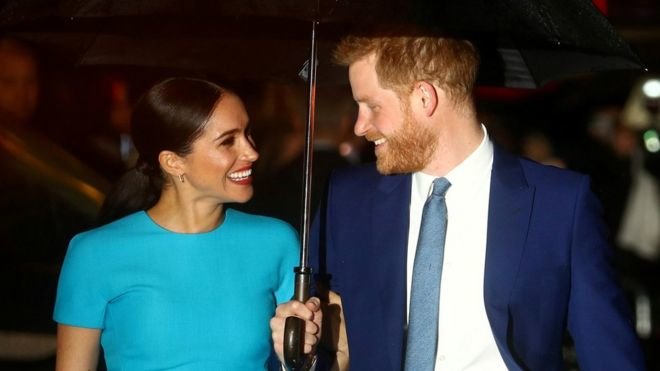 Meghan and Harry book can be used in privacy case

The Mail on Sunday can use a recent biography of the Duke and Duchess of Sussex in its defence, in a High Court privacy claim over the publication of a letter to Meghan's estranged father.

The paper said Meghan gave information to the Finding Freedom authors in order to set out her own version of events.

But Meghan's lawyers said accusations they "collaborated" with the authors were a "conspiracy theory".

The judge said the publisher can amend its defence to rely on the biography.

Judge Francesca Kaye refused the duchess permission to appeal against the ruling, but her lawyers can still take the case to the Court of Appeal.

The duchess is suing the paper's publishers, Associated Newspapers, for breach of privacy and copyright infringement after articles reproduced parts of a handwritten letter she had sent to Thomas Markle in August 2018.

Meghan claims the letter was "private and confidential" and "detailed her intimate thoughts and feelings about her father's health and her relationship with him at that time".

The Mail's publisher denies the allegations and argues the duchess had no reasonable expectation of privacy and anticipated publication of the letter.

In the recent biography Finding Freedom, Omid Scobie and Carolyn Durand describe a culture of increasing tension between the Sussexes and other members of the Royal Family.

The Mail claimed that Meghan gave the authors information about the letter to Mr Markle "in order to set out her own version of events in a way that is favourable to her".

But Meghan's lawyers argued that references to the letter in the book were simply "extracts from the letter lifted from the defendant's own articles".

The Duke and Duchess of Sussex issued a statement at the time of the book's publication in July to say they had not been interviewed "and did not contribute" to it.

The couple are now based in California, having stepped back as senior royals at the end of March.

There's not much about Meghan's letter to her father in Finding Freedom, the subject of the most recent hearing in this already breathtakingly expensive case.

So it's difficult to think that Associated Newspapers believes there is a smoking gun in the book that will turn the case around for them.

Instead the newspaper group may have a wider strategy.

It's hard to read the book - thin on big stories but heavy with one-sided score settling - without believing that there was some degree of coordination between the Sussexes, their friends and the authors.

The authors and subjects swear blind that they didn't talk directly. But the level of detail - and insights into the mind of Meghan in particular - suggest either that friends were used as conduits for information or that the authors have a particularly fertile and florid imagination.

Associated Newspapers may seek to rebut the Duchess' charge of invasion of privacy by suggesting that she has comprehensively breached her own privacy by cooperating with Finding Freedom's authors.

Or it may simply use the book - and the allegation that the Duke and Duchess cooperated in its creation - as a way further to embarrass Meghan when the case comes to court.

The High Court case is scheduled to begin in January next year.

Meghan is suing Associated Newspapers over five articles, two in the Mail on Sunday and three which appeared on MailOnline, which were published in February 2019. 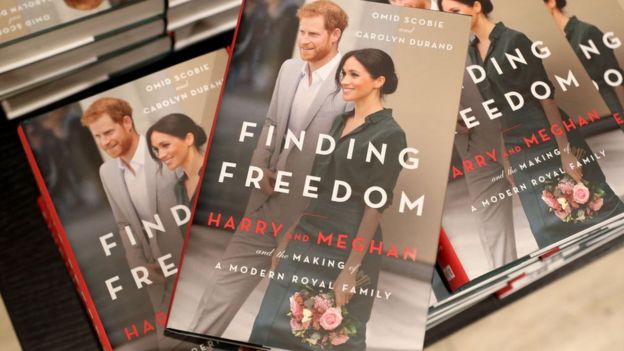 The biography went on sale in the summer

A headline in the Mail on Sunday said: "Revealed: The letter showing true tragedy of Meghan's rift with a father she says has 'broken her heart into a million pieces'."

The publisher has said there was "huge and legitimate" public interest in publishing the letter - but Meghan has claimed it was selectively edited by the paper to portray her "negatively".

In January, Associated filed its defence documents which claimed the duchess was more worried about the "unflattering" effect of the publication of the letter, rather than any breach of her data protection rights.

At Tuesday's hearing, the judge said her ruling added "further particulars" to the publisher's case - but did not give it "new defences".

Responding to the decision, lawyers for Schillings, the firm representing Meghan, said the publisher's defence "has no merit".

"We were prepared for this potential outcome given the low threshold to amend a pleading for a privacy and copyright case," they said.

"This latest hearing was unfortunately another step in a case that has already been drawn out by a defendant who uses the legal process to exploit the duchess's privacy and the privacy of those around her for profit-motivated clickbait rather than journalism."