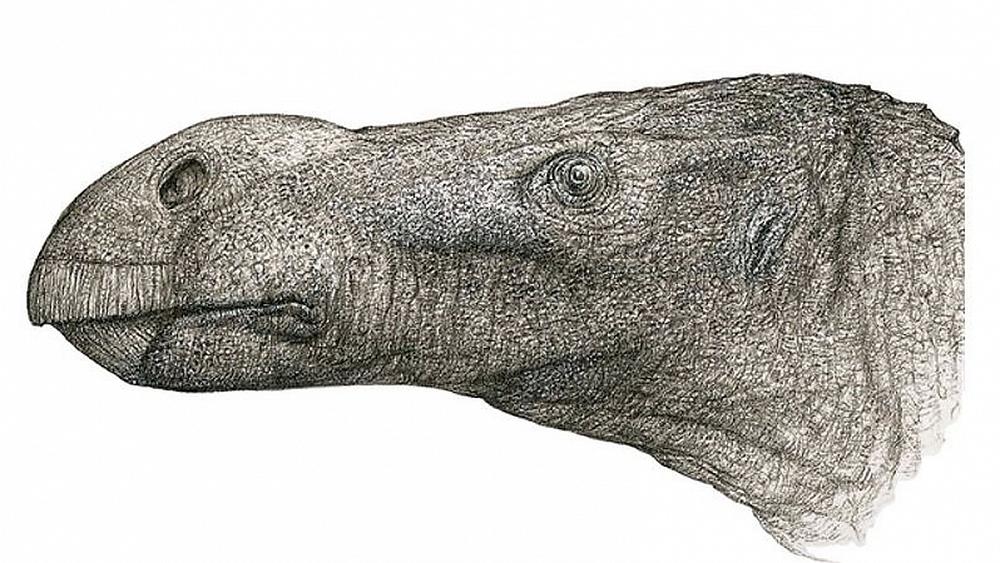 Meet the new species of dinosaur discovered in England

With its long bulbous nose, Brighstoneus simmondsi was around eight metres long and weighed about 900kg.

A new species of dinosaur has been discovered on the Isle of Wight off the coast of England.

With its long bulbous nose, Brighstoneus simmondsi was around eight metres long and weighed about 900kg.

The name Brighstoneus comes from the village of Brighstone, near the site where the remains were discovered, and simmondsi from Keith Simmonds, who made the discovery.

Simmonds found the specimen in 1978, and it was long thought to have been part of a previously described species, Mantellisaurus, part of the iguanodontian group that also includes the Iguanodon.

However scientists from the Natural History Museum and University of Portsmouth have now described the herbivorous dino as a distinct species.

Left dentary of the dinoasaur

While examining the specimen, Dr Jeremy Lockwood, a PhD student at the Museum and University of Portsmouth, came across several unique traits that distinguished it from either of these other dinosaurs.

“For me, the number of teeth was a sign,” he said.

“Mantellisaurus has 23 or 24, but this has 28. It also had a bulbous nose, whereas the other species have very straight noses. Altogether, these and other small differences made it very obviously a new species.”

Brighstoneus simmondsi is the latest in a host of new dinosaur species described by Museum scientists in recent weeks. These include new species of ankylosaur, therapods and spinosaurus.

The discovery of this new species suggests that there were far more iguanodontian dinosaurs in the Early Cretaceous period of the UK than previously thought.

“We’re looking at six, maybe seven million years of deposits, and I think the genus lengths have been overestimated in the past,” said Dr Lockwood.

“If that’s the case on the island, we could be seeing many more new species. It seems so unlikely to just have two animals being exactly the same for millions of years without change.’

The Isle of Wight has long been associated with dinosaur discovery, and even yielded the crucial specimens that led to Sir Richard Owen coining the term Dinosauria.