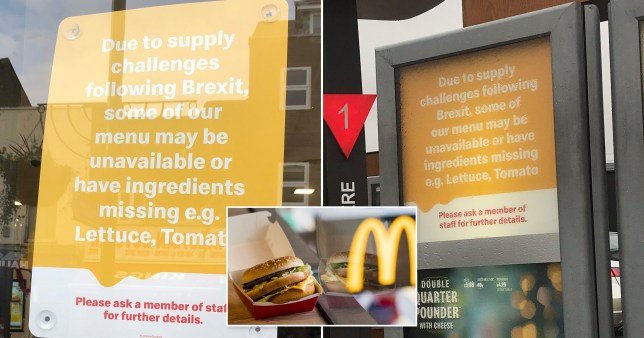 McDonald's warns of missing ingredients due to Brexit 'supply challenges'

McDonald’s customers have been urged not to panic after some branches of the chain accidentally warned of upcoming food shortage due to Brexit.

Signs stating that lettuce and tomatoes might be ‘missing’ from some McDonald’s meals were placed in the windows of restaurants in Penge, south-east London, on Wednesday.

The notices blamed the possible shortages on ‘supply challenges following Brexit’ and urged any concerned customers to contact a member of staff inside for further information.

Many confused customers took photos of the posters and shared them on social media, questioning why Brexit would impact McDonald’s and making jokes about items on the menu. 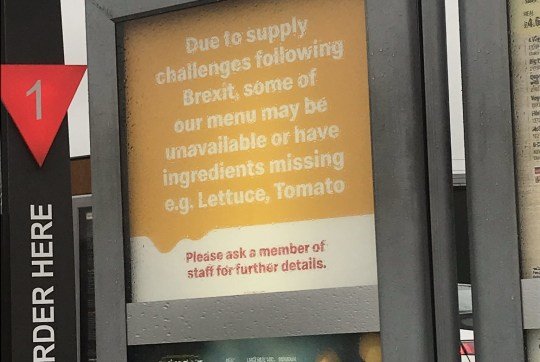 The posters were put up today

One person tweeted: ‘Omg does that mean a BLT without the LT? Brexit chaos’, while another added: ‘Phew. The gherkin isn’t affected.. Thank goodness.’

McDonald’s have now confirmed that the notices were distributed to restaurants as a ‘contingency measure’ last week. 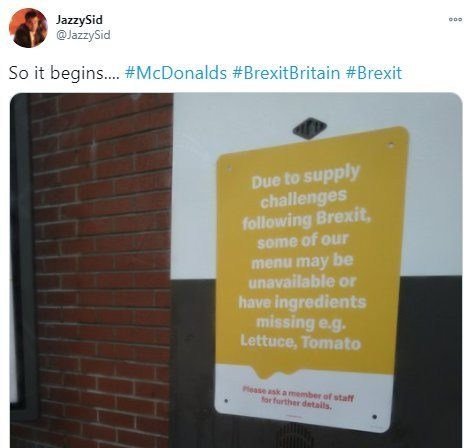 It warned lettuce and tomato could be missing from the menu 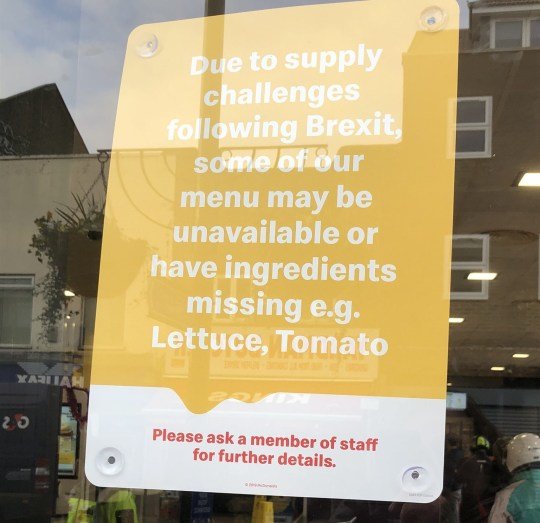 The company has since clarified with staff that signs are not needed, as the chain does not anticipate any supply issues due to Brexit.

In January 2019, McDonald’s joined other food giants such as KFC, Lidl and Waitrose, in signing a letter to the government stating that a no deal Brexit would see them run out of fresh food.

The note, organised by the British Retail Consortium, said millions of consumers could be hit by ‘significant disruption’ to supply chains of goods. Boris Johnson announced that the government had secured a Brexit deal on Christmas Eve. 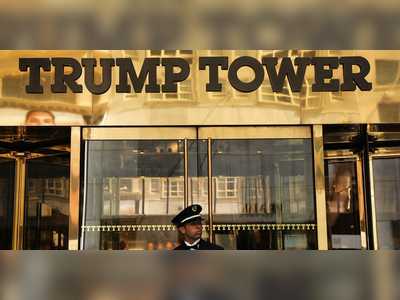