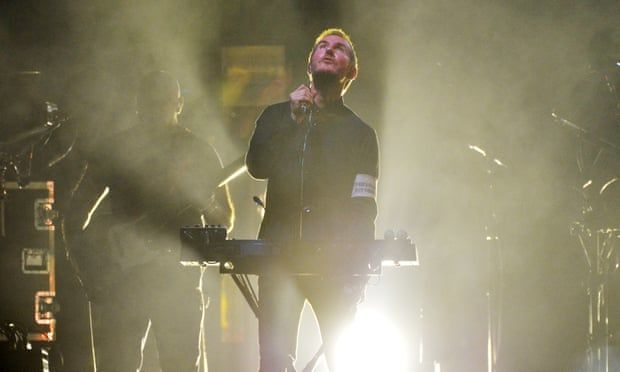 Massive Attack said it is “really disappointing” to cancel a Liverpool gig in order to boycott a venue where a major weapons fair is due to be held next month.

Robert “3D” Del Naja, one of the Bristol band’s founding members, said the move was to show solidarity with the people of Liverpool, where campaigners have launched a legal challenge in an attempt to stop the controversial electronic arms fair taking place.

A demonstration against the use of the venue for the arms fair will take place at Liverpool Metropolitan Cathedral on Saturday at 12.30pm. It is being organised by Liverpool Against the Arms Fair and supported by the wider labour and trade union movement.

Del Naja said the gig, which was supposed to be putting into effect the carbon reduction methods the band researched with the University of Manchester, can be rearranged.

He said: “The one-off testbed show planned for Liverpool involved design, planning and relationship building on a scale that dwarfs any conventional tour, so it’s really disappointing that for reasons way beyond our control we can’t pull it off. But showing solidarity with the people of Liverpool at this crucial moment supersedes that.

“We can rearrange a testbed show, but applying a wider focus, I can’t imagine a more graphic example of the psychosis of the systems we live by than what’s playing out in Liverpool.”

Del Naja added: “On the eve of a global event that’s totally critical if we’re to avoid a catastrophic extinction event, arms barons are shop-windowing technologies that inevitably harm and incarcerate people; often in the hands of states already acknowledged to be human rights violators.

“The International Red Cross says that the impacts of climate emergency seriously increase the risks of armed conflict, by exacerbating existing social, economic and environmental factors. In what world is that an ‘opportunity’ worth promoting? As artists, we cannot travel along with that.”

The National Union of Students has also pulled an event.

Anti arms trade activists have called on the mayor of Liverpool, Joanne Anderson, and the city council to use their powers to cancel the arms fair.

The basis for the potential challenge is that the city council, which owns the exhibition centre, should have cancelled the event on ethical grounds, and that its failure to do so may be unlawful.

Both ACC Exhibition Centre and Liverpool city council have been contacted for comment.