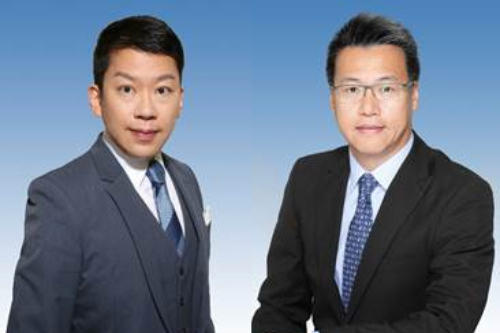 Manulife has announced a total of 21 promotions among its agency leaders in Hong Kong and Macau, bannered by Chris Lo (pictured left) and Finsen Choi (pictured right), who were named regional directors.

According to the insurer, the promotions recognise the agents’ “outstanding performance and contribution to the company’s continued success.”

Lo joined Manulife in March 2004, and was promoted to senior district director in 2016. He has frequently qualified for overseas conferences and has won several awards within the company, including the 2021 MDRT district award.

Choi joined Manulife in 2018, and has been rapidly promoted to regional director in less than three years. According to the company, his accessible and communicative leadership style is effective in motivating and nurturing many young and talented managers. He also received the MDRT district award for 2020 and 2021.

“It is with great pleasure that we announce the promotion of 21 agency leaders at Manulife Hong Kong and Macau,” said Ivan Chan, the insurer’s vice president and chief agency officer. “They have been leading their teams to serve customers with personalised solutions and financial planning services.

We are incredibly proud of our over 10,000 strong agency force, which has always been our core distribution channel and contributed 70% of our total annualized premium equivalent (APE) sales in 2020. They are all part of the Manulife winning team that’s committed to making our customers’ lives every day better.”