Manchester United say they will ‘consider their response after the full facts have been established’ after Cristiano Ronaldo’s explosive interview.

In an extraordinary interview with Piers Morgan, Ronaldo said he felt ‘betrayed’ by the club, does not respect manager Erik ten Hag and is being forced out of Old Trafford.

Ronaldo, considered one of the best players in history, promised in August that he would give his version of events, having failed to secure a move away from Manchester United last summer.

The first clips from his interview with TalkTV presenter Morgan were aired on Sunday night, while the full interview will be shown over two nights on Wednesday and Thursday.

A statement from Manchester United read: ‘The club notes the media coverage regarding an interview by Cristiano Ronaldo.

‘The club will consider its response after the full facts have been established.

‘Our focus remains on preparing for the second half of the season and continuing the momentum, belief and togetherness being built among the players, manager, staff, and fans.’

Ronaldo established himself as one of the best players in the world during his first spell at Manchester United, before going on to become an all-time great at Real Madrid.

The Portugal legend completed a sensational return to Old Trafford in the summer of 2021 and largely impressed last season, scoring 24 goals in 38 games in all competitions.

Asked if he believed Manchester United’s hierarchy were trying to force him out, Ronaldo said: ‘Yes, not only the coach, but another two or three guys around the club. I felt betrayed.

‘People should listen to the truth. Yes, I felt betrayed and I felt like some people don’t want me here, not only this year but last year too.’

Manchester United endured a dismal start to the 2022-23 campaign but quickly improved under Ten Hag to climb to fifth in the Premier League ahead of the mid-season break for the World Cup.

Ten Hag flourished at Ajax before arriving at Old Trafford last summer but Ronaldo says he ‘does not respect’ the Dutchman. 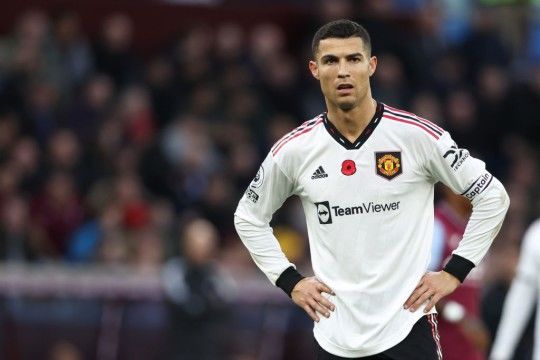 Ronaldo also took aim at former Manchester United caretaker manager Ralf Rangnick, adding: ‘If you’re not even a coach, how are you going to be the boss of Manchester United? I’d never even heard of him.’

It appeared as though Ronaldo’s relationship with Ten Hag was beyond repair after the five-time Ballon d’Or winner refused to come on in a Premier League match last month and left the ground early.

But Ronaldo had returned to the United team before his interview with Morgan aired and even captained the side before missing their last two games through illness.

While Manchester United’s final punishment for Ronaldo’s outburst remains to be seen, the club are expected to fine the 37-year-old at least two weeks’ wages, which would cost him more than £1m.