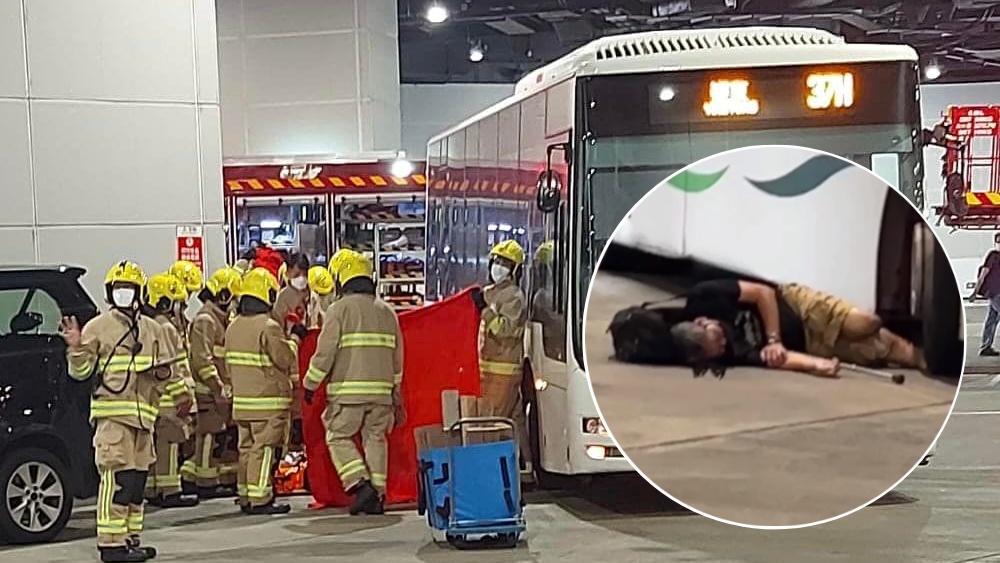 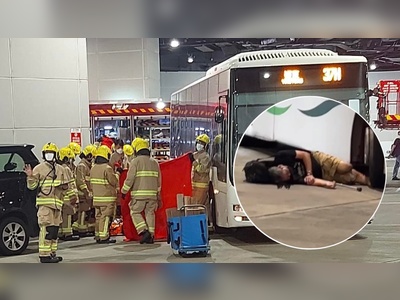 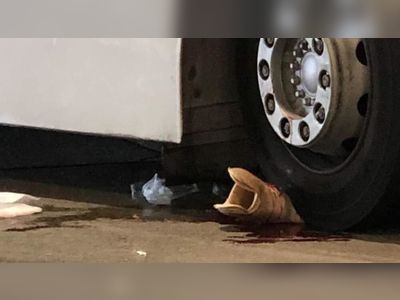 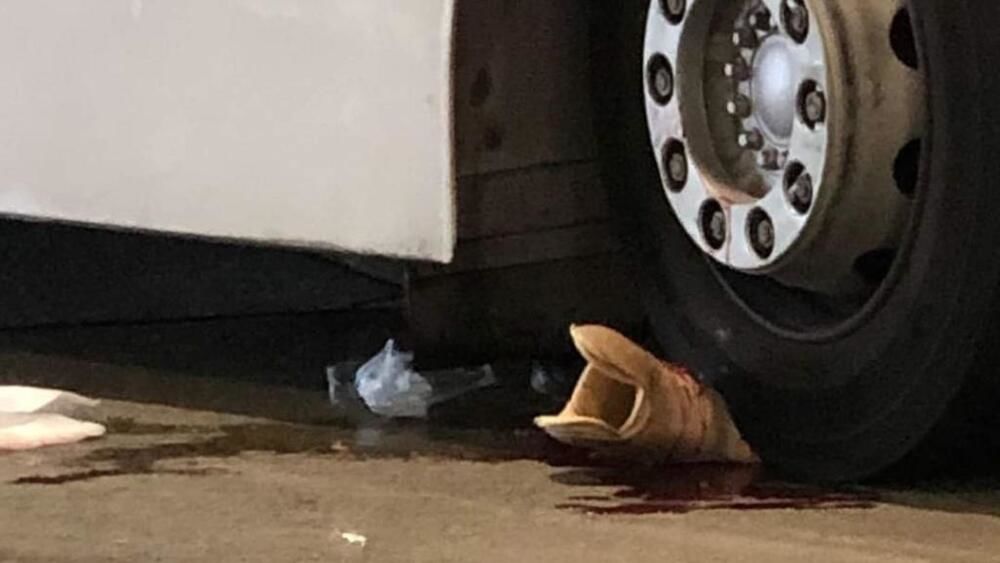 A middle-aged man was admitted to the hospital on Saturday morning after being hit by a bus at the Tung Chung town center bus terminus. Both legs, one of them prosthetic, were crushed under the bus's wheels.

At approximately 10am this morning (23 July), the man sporting a prosthetic right leg was walking with the aid of a walking stick when he was struck by the 37H New Lantao Bus as it was making a right turn. He fell to the ground, and the bus subsequently rolled over both of the man's legs with its front, right-hand side wheel.

His left leg started bleeding after the collision, leaving blood on the ground. Firefighters soon arrived at the scene to rescue him from underneath the bus. He was rushed to North Lantau Hospital in a conscious state.

The cause of the incident has yet to be confirmed by the police.