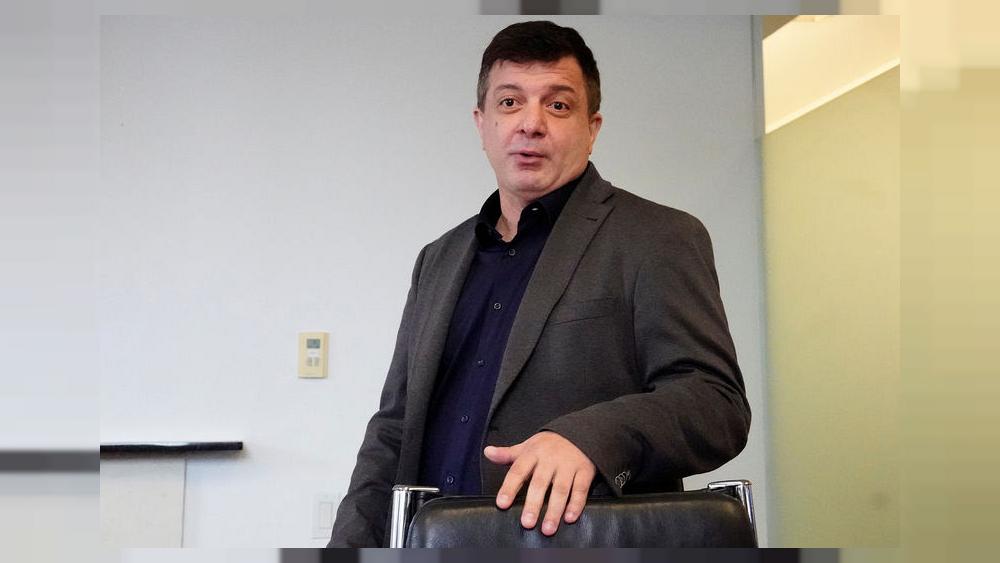 A performance artist who ate a banana taped to a wall that was an artwork valued at $120,000 said his actions were not vandalism and he does not regret his snack at Art Basel in Miami Beach, Florida.

“I decided in the morning. But I was not too hungry. So I spent another two hours to the Basel and I eat it,” performance artist David Datuna, who was born in Georgia, the former Soviet republic, told reporters in New York on Monday.

Artist Maurizio Cattelan’s piece – a banana duct-taped to a wall and called “Comedian” – sold for $120,000.

Datuna joined the crowd taking selfies with the banana on Saturday and then pulled off the tape and ate the banana in a video widely shared on social media.

“First of all, I very respect this artist. For me, he is one of the top artists in the world,” Datuna said. “And I think this is the first one in art history when one artist eat concept for another artist. People ask me, you eat banana? Physically is was banana, but banana is just a tool. So usually I eat the concept of the art.”

He added that the artwork tasted good.

“So it’s not like, again, vandalism. It was art performance from me. And absolutely, I’m not sorry,” he said. “I call performance ‘Hungry Artist’. Yeah, because I was hungry and I just eat it.”

Representatives of Art Basel were not immediately available to comment. The identity of the buyer was never disclosed by the gallery.