The winner of the gruelling Man v Horse race has revealed he had been awake for 29 hours before the event after flying from Tenerife to claim victory.

Trail runner Ricky Lightfoot became only the third person to win the race since it started in 1980.

He told the BBC he had woken at 06:00 BST on Friday before catching a flight to Manchester at midnight.

Crossing the line, the 6ft 4in (1.93m) athlete had no idea whether he had won as the people and animals take slightly different routes.

He took home £3,500 after beating the first horse by more than two minutes on the 22.5-mile (36km) course in Llanwrtyd Wells, Powys.

The 37-year-old Cumbrian said winning was "pretty good, like". 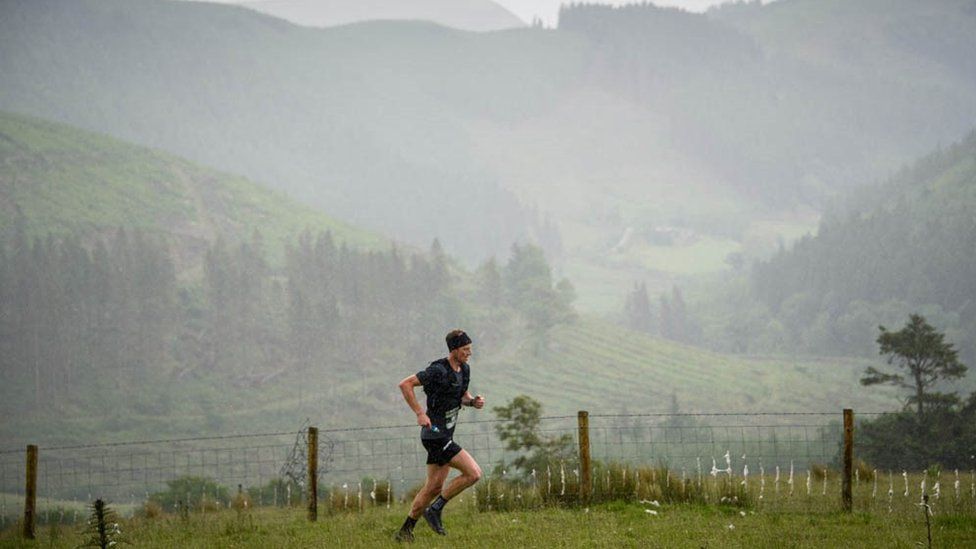 Ricky Lightfoot says it was "great to win the event"

"It's great to win the event and beat the horse," he said.

The firefighter said he had been quietly confident.

"I thought I could give the horse a good race," he explained. 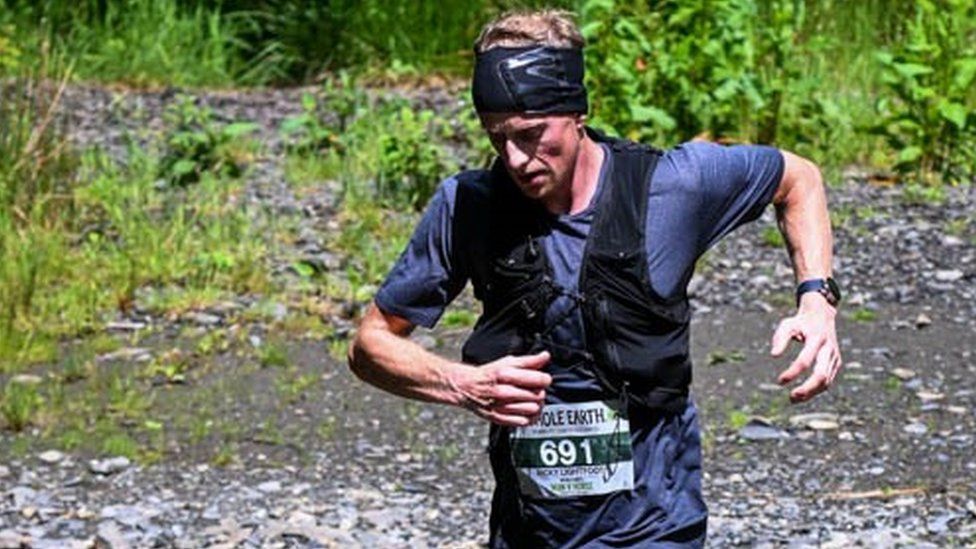 Since his win, he has been asked if he will enter the Grand National next.

"It would be great if I could win the Grand National," he said.

"I've never rode a horse in my life. I once rode a donkey at Blackpool Pleasure Beach though."

After winning, the father of two then made his way home to Maryport, in Cumbria, as he had to be back in work at 07:30 on Sunday. 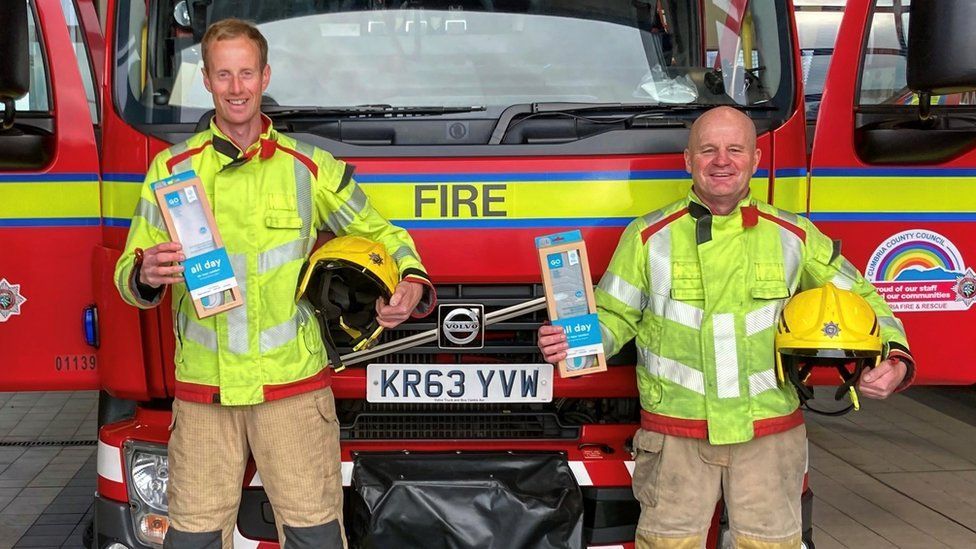 Mr Lightfoot, pictured left, with boss and coach Dean Pepper, was back at work as a firefighter on Sunday

The race, which returned after two years due to the pandemic, began on tarmac but took in forest tracks and open moorland.

The jackpot prize for a runner who beats the first horse and rider starts at £500 and increases by £500 each year the event takes place until it is won.

Can a human run faster than a horse?