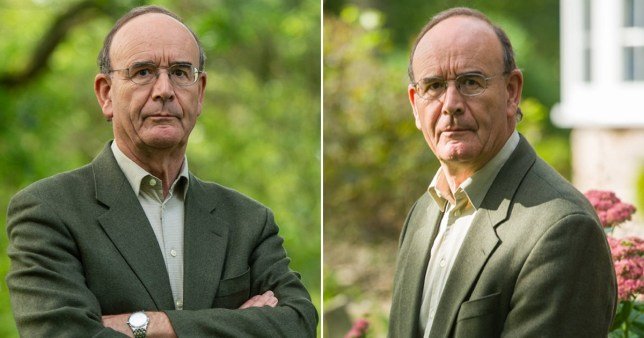 Man stunned by £500,000 quote for broadband at his rural home

A retired man living in rural England was stunned to be quoted £500,000 to install WiFi in his home.

David Roberts said he wanted to take the government up on an offer to have good broadband in every home – before ‘laughing out loud’ at the price.

The former lawyer, who lives in a remote hamlet in the Lake District, struggles to view normal internet pages, while watching Netflix or having a Zoom meeting are not possible. The internet in Isel, Cockermouth, is powered by copper cables, meaning Mr Roberts has a connection speed of 0.9 Mbps - well below the UK average of 64.

The Government ‘Universal Service Obligation’ scheme - which gives the public a right to ‘decent and affordable’ broadband - means people will be given up to £3,400 from the Government as a contribution towards each installation.

Mr Roberts, who has lived in the village for 33 years, said: ‘I laughed out loud when I saw the quote. It is just ridiculous. Nobody is going to pay that.

‘The annoying thing is that the village next to us, Blindcrake, just one and a half miles away, had BT fibre broadband installed two years ago completely free of charge.

‘This is a real problem for us here, it is not just a case of wanting to be able to watch old movies on TV, but having the real need to be connected.’

In August 2019, the retired senior coroner for Cumbria had co-ordinated a group of the 29 households in Isel — which has no shop, pub or post office — and was offered a £380,000 price for the group to be supplied.

Mr Roberts added: ‘With fibre-optic broadband, rural areas are being left out in the cold.’

Their current broadband connection relies on a cable is often damaged by farm machinery and has had to be repaired countless times, weakening signal strength further.

'Local people don’t have that kind of money to splurge on broadband.

Local councillor Ron Munby and his wife Helen live nearby.

Helen, 69, said: ‘We have broadband but it’s pathetic.

‘We’ve lived at Isel for 24 years now and the phone-line has always caused problems.

‘Now, of course, the broadband is carried along the same lines and the phone line was condemned years ago by Openreach engineers who say it’s been fixed so many times it’s exhausted its lifespan.’

Workington MP Mark Jenkinson was sympathetic to the affected residents and vowed to continue fighting to bring affordable broadband to Cumbria.

He suggested that the issue was linked to there being a broadband ‘infrastructure monopoly’.

A BT spokesperson said: ‘We’re sorry for the disappointment the quote has caused Mr Roberts.

‘His property is several kilometres away from our nearest usable network, which means significant civil engineering, build and cabling work is needed to provide a connection.

‘Mr Roberts could reduce the cost by exploring other opportunities such as joining up with other homes nearby and seeing if a Community Fibre Partnership is viable – they could also use Government vouchers for this to further reduce the cost.

’95% of UK homes already have access to Superfast Broadband of 30 Mbps and above and we’re working closely with Government to find other solutions for the very hardest to reach.’