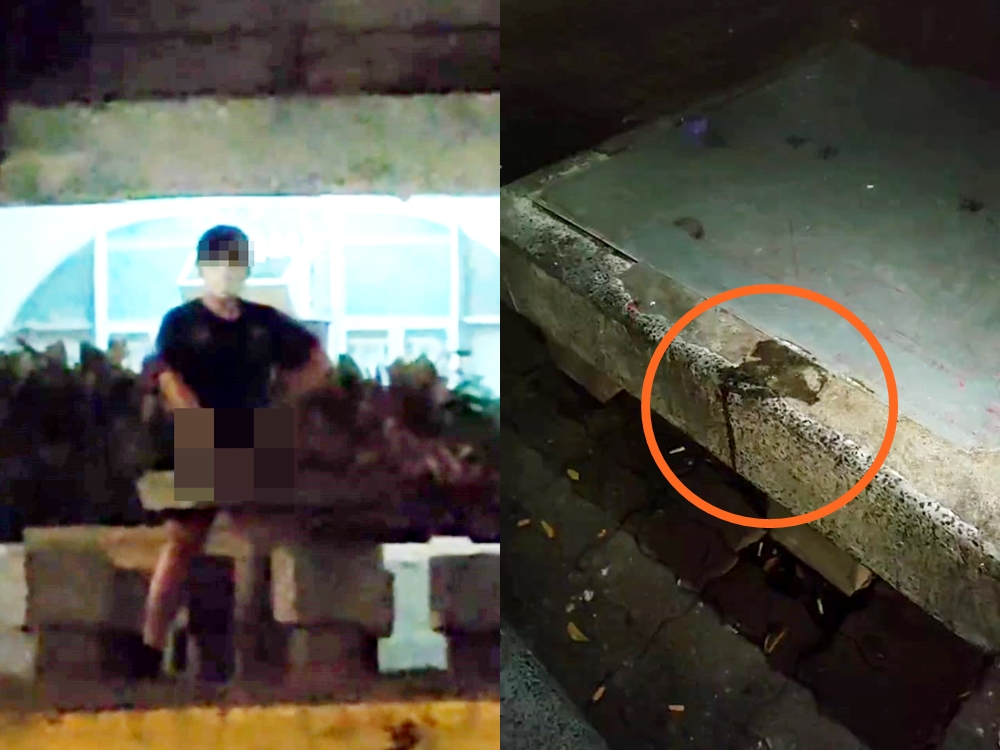 A netizen said he saw the man touching himself in the early hours on a weekday at the fountain square of Po Lam Estate.

On Facebook group @tkofriends, the netizen said he and his friend saw the man at around 1am last week. They did not pay attention to him at first, but then realised he appeared to be touching himself.

He kept getting up and sitting back down, he wrote.

"When someone's looking at him, he bowed his head down as if being shy," he wrote. "But he became more daring later, and even continued with his act while looking at the camera."

They found some liquid on a table and chair after the man left.

The duo revealed the incident online so that those in the neighborhood can be aware of him.

"Our neighbors sometimes chat and eat there. I can't believe there is someone doing this in public," the post said.

Some netizens commented that the man should have violated the law and appealed to netizen to report the case to police as soon as possible, saying "it is dangerous if the man becomes bold."

Others said they have run into similar situations. "King Lam Estate too. Someone did it at the stone boat in the fish pond even in the afternoon."

"I saw an old man aged 60 or 70 took off his trousers when walking from a shopping mall to Tsui Lam Estate on the flyover at around 7pm," another said.
#facebook
Add Comment