A man found a lost cheque worth £4 million to Haribo, only for the sweets giant to reward him with six packets of gummies.

The eagle-eyed traveller, named as Anouar G, 38, from Frankfurt, Germany, spotted the cheque on a train platform after visiting his mum.

‘There was such a large sum on it that I couldn’t even pronounce it,’ he told local media.

Supermarket group Rewe reportedly issued the cheque to Haribo but it somehow got lost at the station.

Anouar contacted Haribo about his discovery and one of their lawyers got in touch.

Instead of asking for it back, they reportedly told him to destroy it and send a photograph as proof. 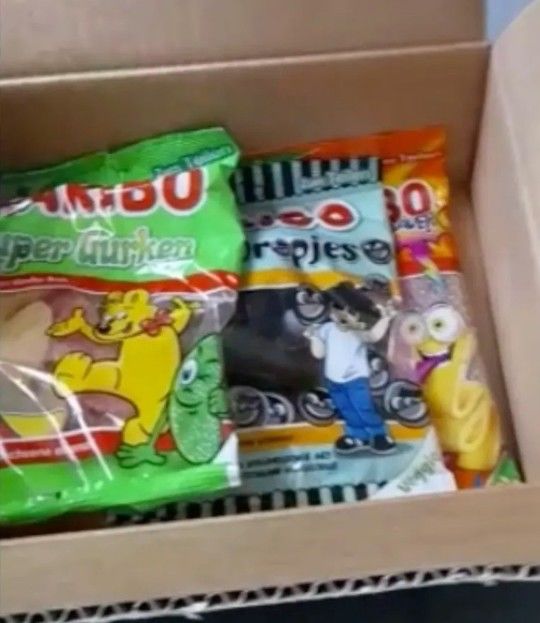 Anouar received this box of sweets as a ‘thank you’
He followed their orders and a few days later he received a box from Haribo containing the six bags of sweets.

Anouar was not impressed as he believes he has saved them millions.

He added: ‘I thought that was a bit cheap.’

But Haribo told local media: ‘Since it was a named cheque, nobody but our company could have redeemed it.’

They added: ‘It was our standard package that we send as a thank you.’