For the past two decades, a billboard for Llandegley International has been a landmark near the Powys village.

It looks like an ordinary road sign, but actually signposts to an airport that only exists in people's imagination.

After spending thousands of pounds to erect and maintain the sign, the owner decided it's time to take it down.

Since 2002, if you travel eastwards along the A44 between Rhayader and Kington, you will see a sign directing drivers to Terminals 1 and 3 of Llandegley International airport.

But drive the two-and-a-half miles, as instructed, and you will end up not at an airport - not even an airfield - but just a field, on the outskirts of the village of Llandegley, Powys. 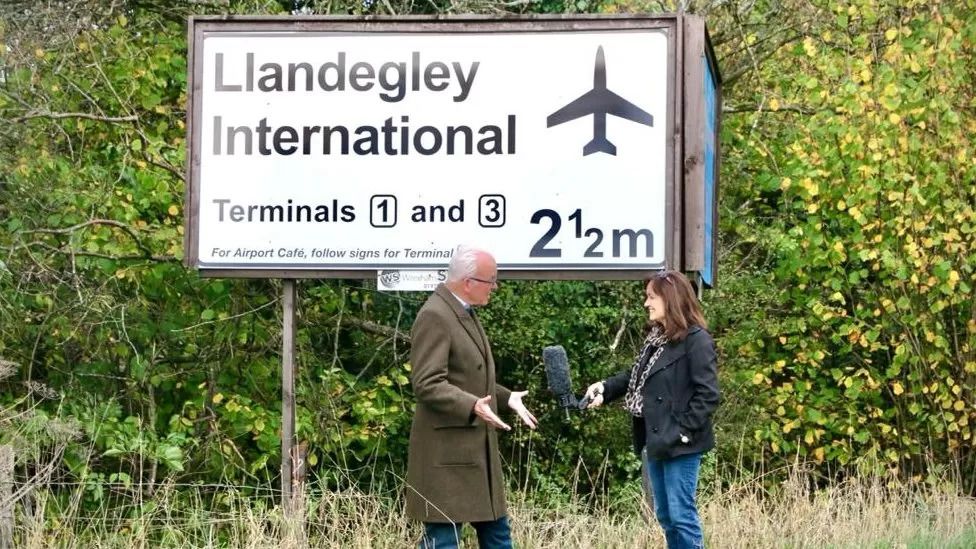 "In 20 years, I haven't had a single complaint," says Nicholas Whitehead
The man behind it, Nicholas Whitehead, is a journalist who used to edit the Radnor edition of the Brecon and Radnor Express and once wrote with Monty Python's Terry Jones.

He said: "It started off as a wild conversation with friends one evening in Llandegley.

"We thought of renting a sign for something that wasn't really there, possibly a project that didn't exist, and we settled on the airport.

"It started off as a bit of a joke, then we realised it was actually possible. It was made by Wrexham Signs, given the OK, one thing led to another and there it is."

Mr Whitehead added "as a journalist, whatever you do, someone, somewhere, is going to get upset about it".

However, this particular joke has seemingly been popular among locals and tourists alike. 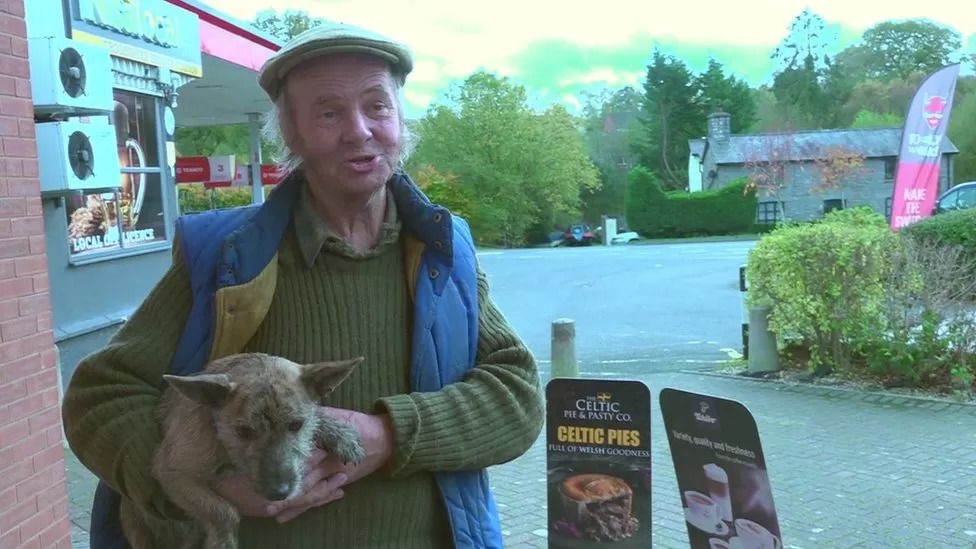 "In 20 years, I haven't had a single complaint about Llandegley International," he said.

"Loads of people love it, some people might not get it. But as far as I know, nobody is upset or angry about it. That's a first for me."

It has cost around £1,500 per year to maintain the billboard. After paying more than £25,000, Mr Whitehead has decided it's time to call it a day.

"I think the airport is established now - and I think the establishment should take it on," he said.

"It's not exactly a national monument - but it is a national treasure."

He hopes Welsh government heritage body Cadw may be interested in taking it over.

"It has become an item of Welsh heritage. It wouldn't cost them anything like as much as it's cost me. In terms of value for money, it's unbeatable." 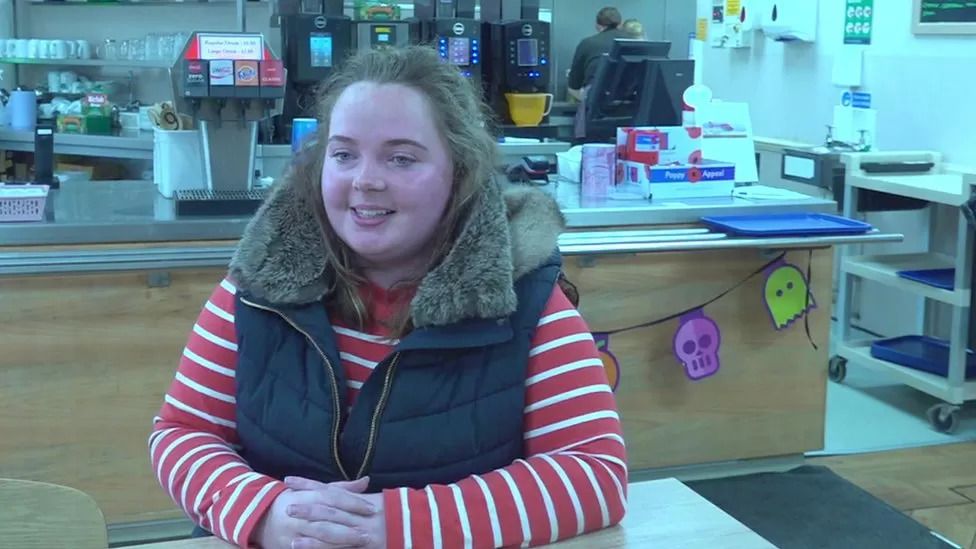 "The sign is part of our community," says Holly Richards from Llandegley

At the nearby service station in Crossgates - a cafe popular with bikers - locals said they were sad to see the landmark go.

Holly Richards said: "I've lived in Llandegley all my life. The sign is part of our community.

"It's a bit of a running gag - people joke that they've just flown into Llandegley and they're flying back out tomorrow. It's a wonderful feature." 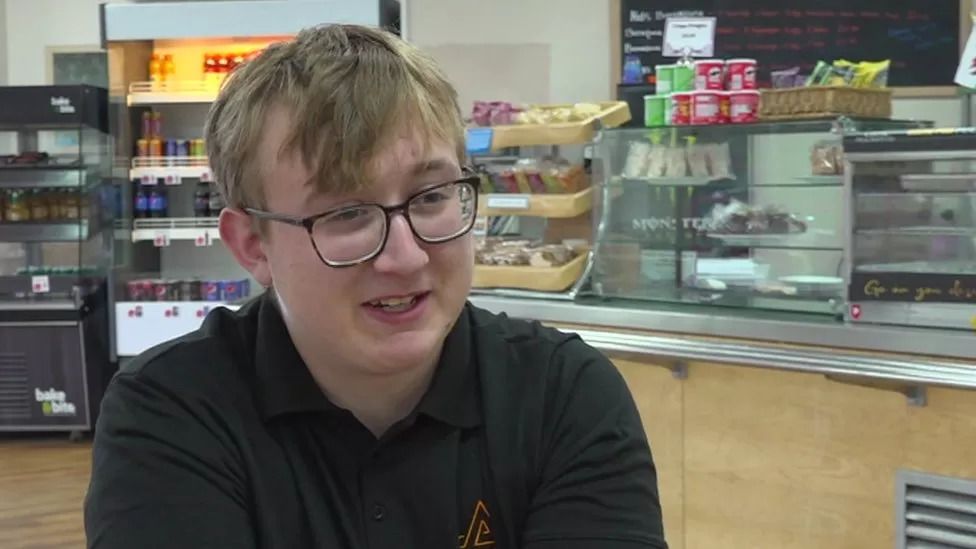 William Jones, 20, added: "Every time we see it, me and my mates have a giggle. I asked my mum all about it when I was young, and I'd like to be able to tell my own kids about it one day."

Farmer Neil Richards said it had helped put the village on the map.

"There's no end of people who have seen and heard about the sign who've stopped at our farm on the edge of the Radnor Forest, asking how to find the airport," he said.

The airport has also taken off in a big way on social media.

Thousands of followers across Facebook and Twitter enjoy updates about Llandegley's impressive environmental credentials, and engage in flights of fancy about the "top secret" Terminal 2. 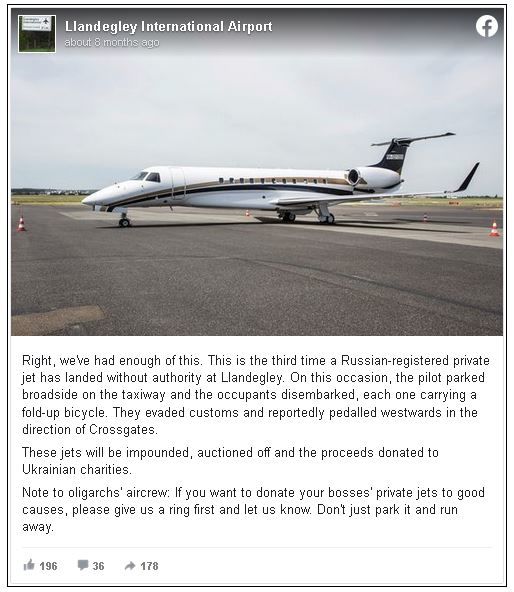 Mr Whitehead said these are the people who make the airport what it is.

"The sign can come down but the airport is still there. The airport exists in the same way that songs exist. If you set fire to the scrap of paper on which Paul McCartney wrote Yesterday, that wouldn't destroy the song.

"The song exists as a shared experience; it's indestructible. It's the same with the airport."

When Jill Dibling, a long-time fan of the airport, died of liver cancer, the sign was changed in her honour.

Her family in Llandrindod approved and were touched by the tribute. 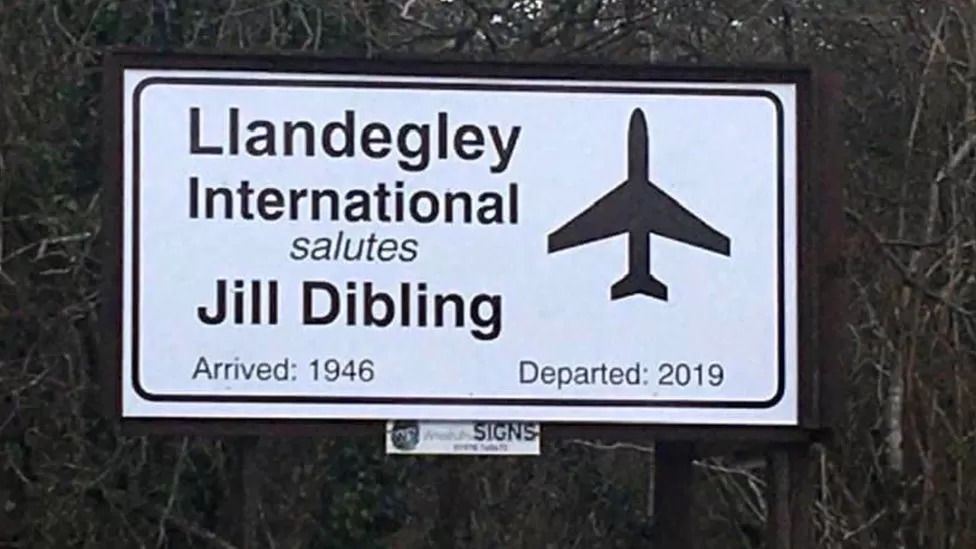 The sign was altered in 2019 in memory of long-time fan of the airport, Jill Dibling

Mr Whitehead now plans to launch a campaign to gain official recognition for the quirky institution he founded.

With a lot of local support and a big online fanbase, it might not yet be the end of the road for Llandegley International.