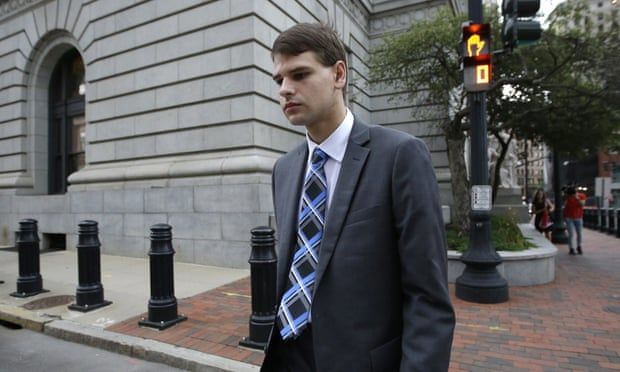 The man was rescued after his boat sank in 2016 but his mother was not. Investigators found the boat had been tampered with

A man found floating on a raft off the coast of Rhode Island in 2016 after his boat sank was charged in an indictment unsealed Tuesday with killing his mother at sea to inherit the family’s estate.

The eight-count indictment released in federal court in Burlington, Vermont, also says Nathan Carman shot and killed his grandfather, John Chakalos, at his home in Windsor, Connecticut, in 2013 as part of an effort to defraud insurance companies, but he was not charged with that killing.

Carman was found in an inflatable raft eight days after he went fishing with his mother, Linda Carman, who was never found.

Carman was arrested Tuesday. He is due in federal court Wednesday in Rutland, Vermont. His attorney did not return a call seeking comment.

William Michael, an attorney for Carman’s mother’s sisters, said Tuesday the family had no immediate comment.

In 2019, a federal judge in Rhode Island decided that Carman contributed to the 2016 sinking of the boat from which his mother was lost at sea.

US district judge John McConnell issued a written decision in favor of an insurance company that had refused to pay an $85,000 claim to Carman for the loss of his 31-foot fishing boat, the Chicken Pox.

Carman denied doing anything to intentionally make the boat unseaworthy. He told the Coast Guard that when the boat filled quickly with water, he swam to the life raft and called for his mother but never saw her again.

The judge found, among other things, that shortly before the fishing trip with his mother, Carman made improper repairs to the boat. Witnesses testified that he removed two stabilizing trim tabs from the stern, near the vessel’s waterline, leaving holes that he tried to seal with an epoxy stick.

He was found floating in the raft off the coast of Martha’s Vineyard, a Massachusetts island, by the crew of a freighter eight days after the boat was reported missing.

Some of Carman’s relatives accused him of killing his mother and his grandfather in a scheme to inherit $7m.

Nathan Carman had been named by police as a “person of interest” in the killing of Chakalos, who was shot in the head at his home in 2013. No criminal charges were filed against him in connection with his grandfather’s death.
Add Comment