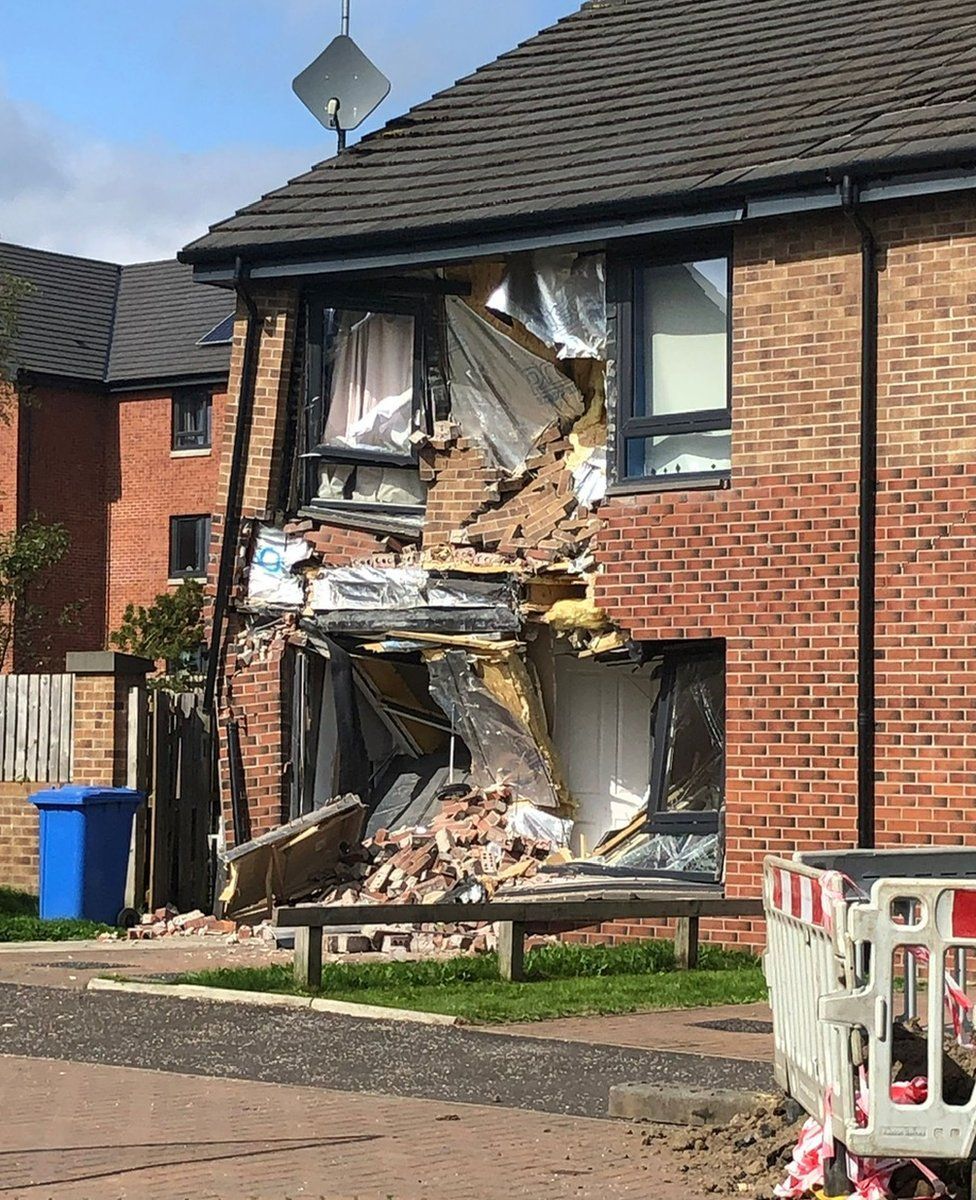 Man arrested after lorry crashes into house in East Kilbride

A 33-year-old man has been charged after a lorry crashed into a house in East Kilbride.

The building in Lancaster Crescent suffered extensive damage and local residents were evacuated as a precaution.

No-one was injured in the incident, which took place at about 23:25 on Monday.

The man who has been charged is expected to appear at Hamilton Sheriff Court on Thursday.

Residents in the houses surrounding the damaged building were evacuated from their homes. 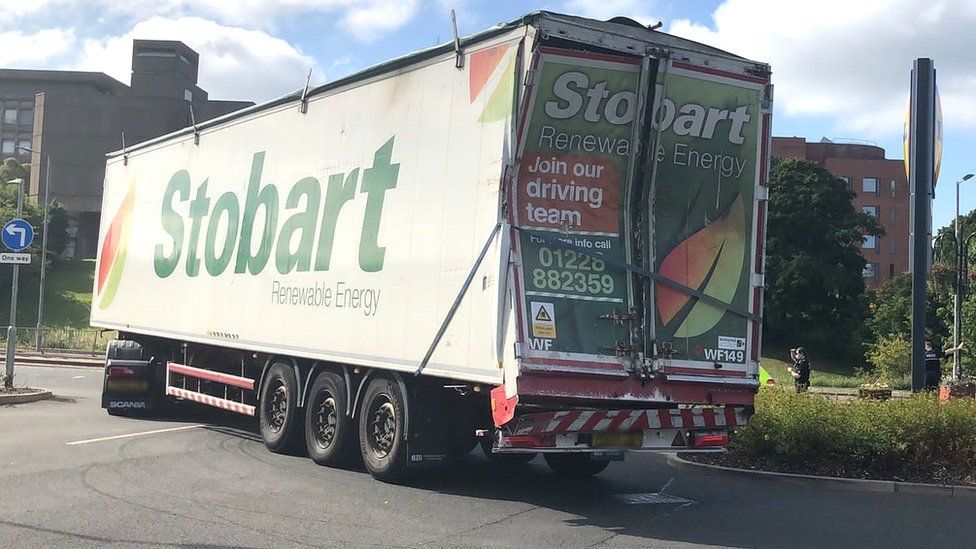 Demolition crews were at the scene on Tuesday afternoon.

One neighbour told the BBC: "I heard a crash and looked out of the window to see a huge Eddie Stobart truck driving forwards up the street and then reverse back again.

"The boys in the house were rescued from the upstairs bedrooms with ladders.

"It was terrifying. Thank goodness no-one was hurt. It could have been so much worse." 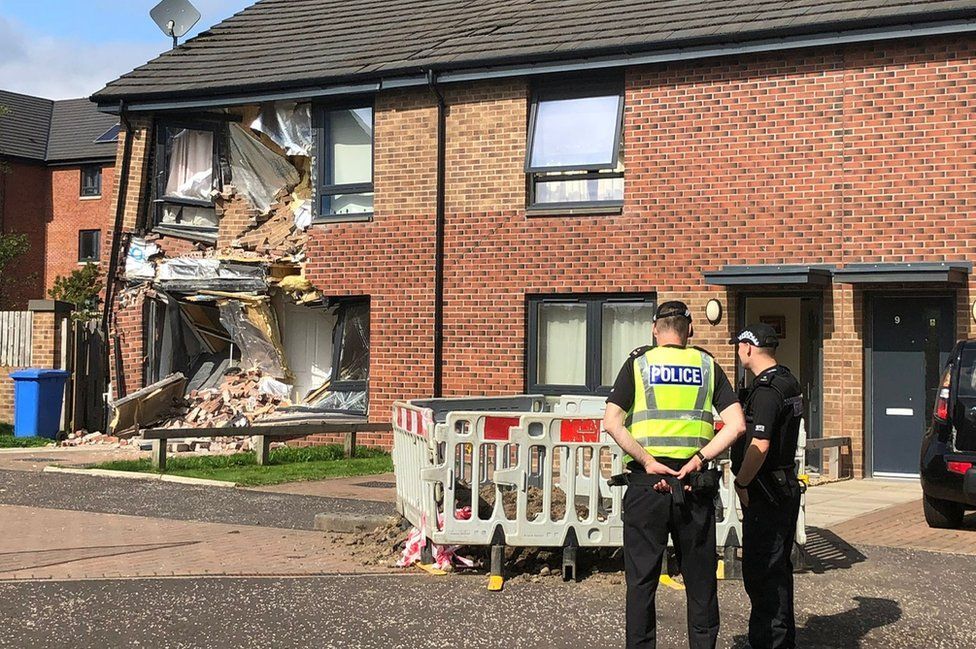 Another neighbour said that they had been asked to leave their homes until they could be checked over for structural damage and did not know when they could return.

The damaged lorry was found later in the car park of a Lidl store near East Kilbride town centre, and was removed by police on Tuesday afternoon.