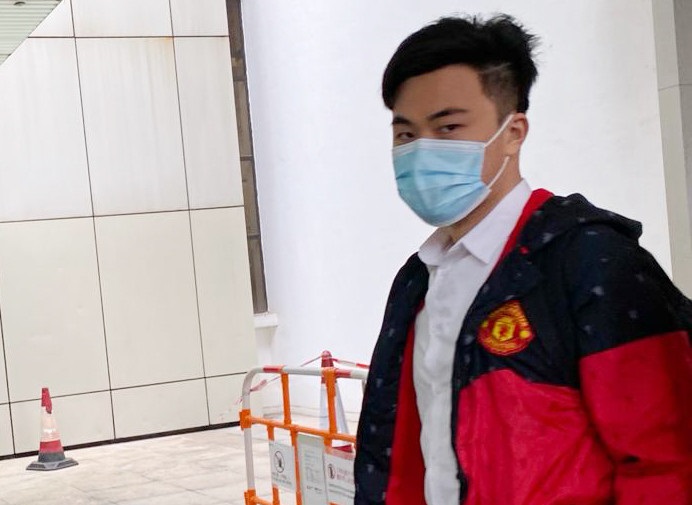 A 21-year-old man is on trial after allegedly raping a drunk female student in a Yau Ma Tei motel in July 2019 and then reminding her to take birth control pills, which unearthed the suspected rape.

Wong Kam-hung was charged with raping the female student, identified as X in the High Court, in Park Excellent Villa on Dundas Street in Yau Ma Tei on July 17, 2019.

Appearing in the court on Friday, Wong pleaded not guilty to the charge. He admitted under police caution that he had had sex with X without using protection but pointed out that X agreed to have sex with him.

The prosecution said in the opening statement that X was drinking with her friend and Wong, whom X met for the first time, at a bar in Katherine House in Tsim Sha Tsui in the evening on July 16, 2019.

X's friend then left while X and Wong stayed in the bar until about 5am on July 17, 2019. According to security camera footage, the duo arrived at Park Excellent Villa, where X can then be seen drunk, lying on the floor.

Wong and another man took X to a room, where Wong raped X, the prosecution said, adding X didn't have the slightest clue about her sexual intercourse with Wong.

Testifying in court, X said she only remembered playing darts in the bar and could not recall whatever happened afterward.

She added she woke up to find herself in underwear in a room she didn't recognize, with Wong sitting by her side. Wong then told her she was drunk, and he brought her to the motel because he didn't know her home address.

X felt as if she was troubling Wong and asked if anything had happened. Wong didn't answer her, and X had no idea that she and Wong had had sex that day.

When X went home and showered, she found bruise marks on her body and felt pain in her genitals. Her friend, who was with her in the bar the night before, texted X, saying that Wong had said X should take birth control pills. Only then did X realize that she and Wong had had sex.

X later met her friend, who handed X the pills, and the two decided to report the incident to the police after a discussion.