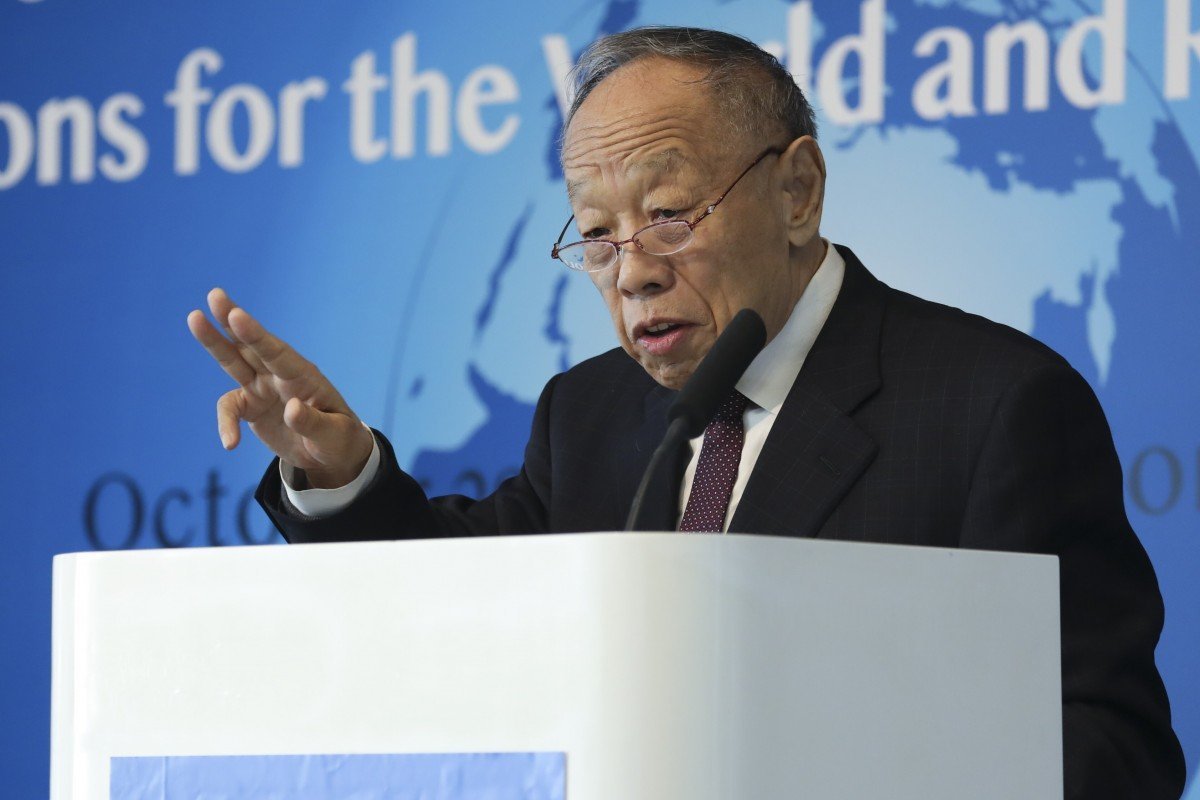 Against the backdrop of a ‘tech war’ between China and United States, business leaders and politicians call for both domestic and international collaboration in the application and commercialisation of technology.

Hong Kong and mainland China should seek technological cooperation to foster innovation, according to speakers who participated in the Global Innovation and Technology Forum held in Hong Kong, Chengdu and Singapore on Monday.

The forum, sponsored by the Post, took place against the backdrop of an intensifying “tech war” between China and the United States.

Li Zhaoxing, former Chinese foreign minister, called innovation the driving force behind progress of all nations and human beings. “Now we need to promote greater progress in a variety of sectors and make bigger achievements,” Li said in Chengdu, the capital of Sichuan province.

Leung Chun-ying, former chief executive of Hong Kong, said at the forum that “there are political, legal and policy barriers on the country level that hinder or prohibit the international transfer and global sharing of [technologies]”.

“We must unlock the potential of innovation and advancement in technology … and facilitate better international collaboration on a global scale,” Leung said. “We need to overcome apprehensions about sharing new technology among nations.”

Leung, now a vice-chairman with the Chinese People’s Political Consultative Committee, did not directly mention the United States, but he said that “playing up the fear of globalisation for political gains” will not boost competitiveness.

Victor Fung Kwok-king, chairman of Fung Group, a global sourcing company, said Shenzhen has become a digital manufacturing hub, and his company is taking advantage of that to create “a digitalised supply chain of the future”.

Bernard Chan, a non-official convenor with Hong Kong’s Executive Council, said at the forum that the current and previous Hong Kong administrations have given considerably more attention to technology and innovation after “a slow start”. And he said Hong Kong businesses still have a “huge advantage” in working with mainland enterprises.

“Now, with the mainland becoming more advanced technologically, Hong Kong companies can take advantage by collaborating with their mainland counterparts to find resources and talents together,” Chan said, adding that Hong Kong and neighbouring Shenzhen are in “an innovation and technology corridor” in Beijing’s eyes.

Xiang Zhang, president and vice-chancellor of the University of Hong Kong, also called for “seamless cross-border funding flow” to help boost technological collaborations between Hong Kong and the mainland.

In Chengdu, Liao Chengzhen, deputy secretary general of the Chengdu municipal government, said the city had set up the nation’s first “new economy” commission to help foster digital and creative industries while aiming to build one of the country’s top science and technology hubs.

“We are expecting [entrepreneurs] to set their sights on Chengdu and allocate new businesses and technologies to the city,” she said at the forum.