‘I’m too excited to say a word. I can finally go home after two years of not seeing the folks,’ says one traveller returning to Guangdong for the Lunar New Year holiday.

Entrepreneurs from mainland China came to Hong Kong for business opportunities and residents from the city headed north to reunite with their loved ones for the first time in three years after the resumption of quarantine-free, cross-border travel on Sunday.

At the Hong Kong China Ferry Terminal in Tsim Sha Tsui, Guo Zhiqing, 43, who works at a shipping company in the city, said he was overjoyed to be returning home to Guangdong for the Lunar New Year holiday.

He took the first ferry at 8.20am to Shenzhen airport. 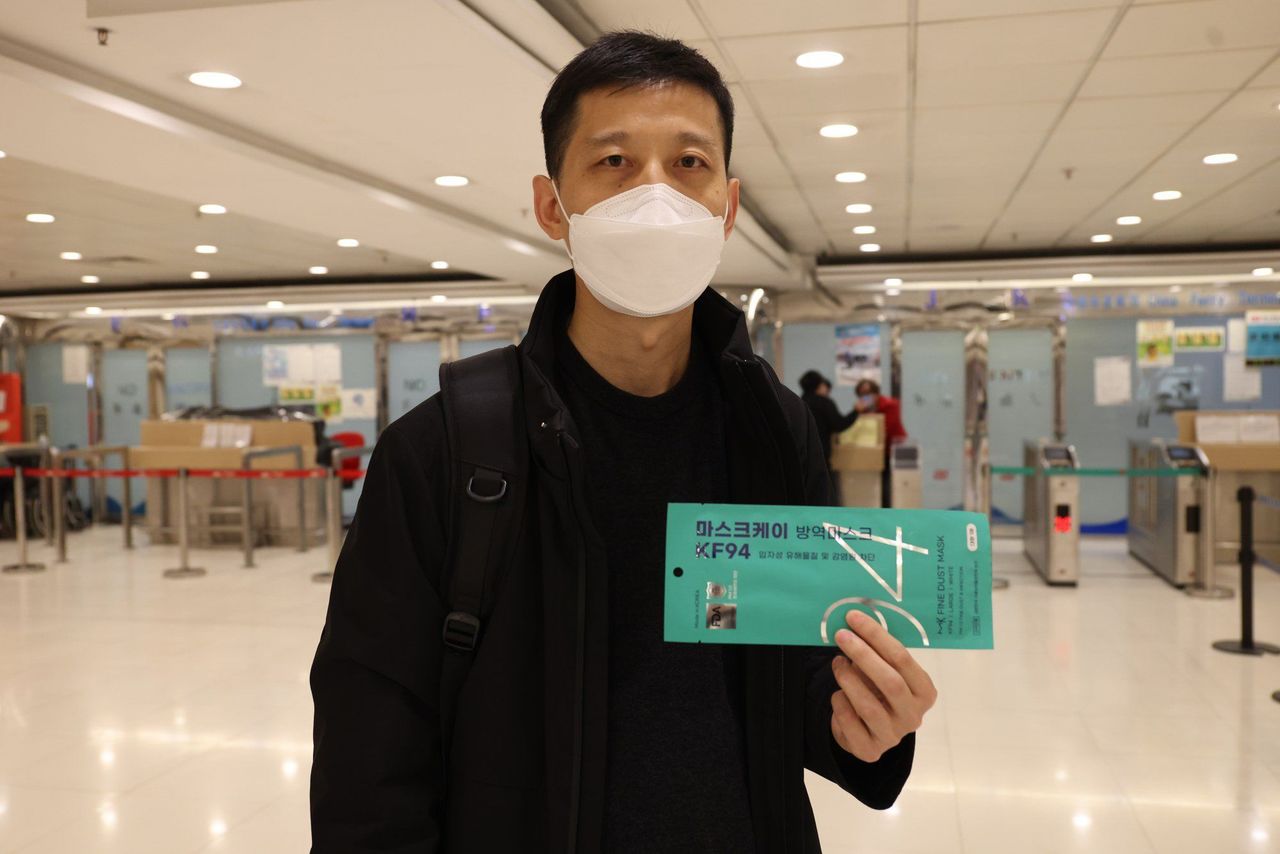 Guo Zhiqing, 43, who works at a shipping company in Hong Kong, said he was overjoyed to be returning home to Guangdong.
“I’m too excited to say a word. I can finally go home after two years of not seeing the folks,” he said. “Look at my eyes, I lost sleep last night”.

Ferries to Taipa in Macau also resumed services on Sunday, with Shun Tak Holdings’ TurboJet operating five trips between 10.30am and 3.30pm from the Macau Ferry Terminal in Sheung Wan and seven between 10am and 6pm in the other direction.

Another operator, Cotai Water Jet, is running two trips to Taipa at noon and 4pm, and three to Hong Kong between noon and 6.30pm.

Some travellers from the mainland set off in the wee hours of Sunday to visit Hong Kong for business purposes.

Three travellers at different checkpoints said they were taking part in the four-day Hong Kong Baby Products Fair at the Convention and Exhibition Centre in Wan Chai on Tuesday.

One of them was Jacky Hu, an entrepreneur in his 30s, who was visiting the city for the first time since 2019.

“My business has suffered because I was unable to come to Hong Kong to meet partners or potential customers at any trade exhibitions for three years,” he said after passing through the Lok Ma Chau checkpoint. 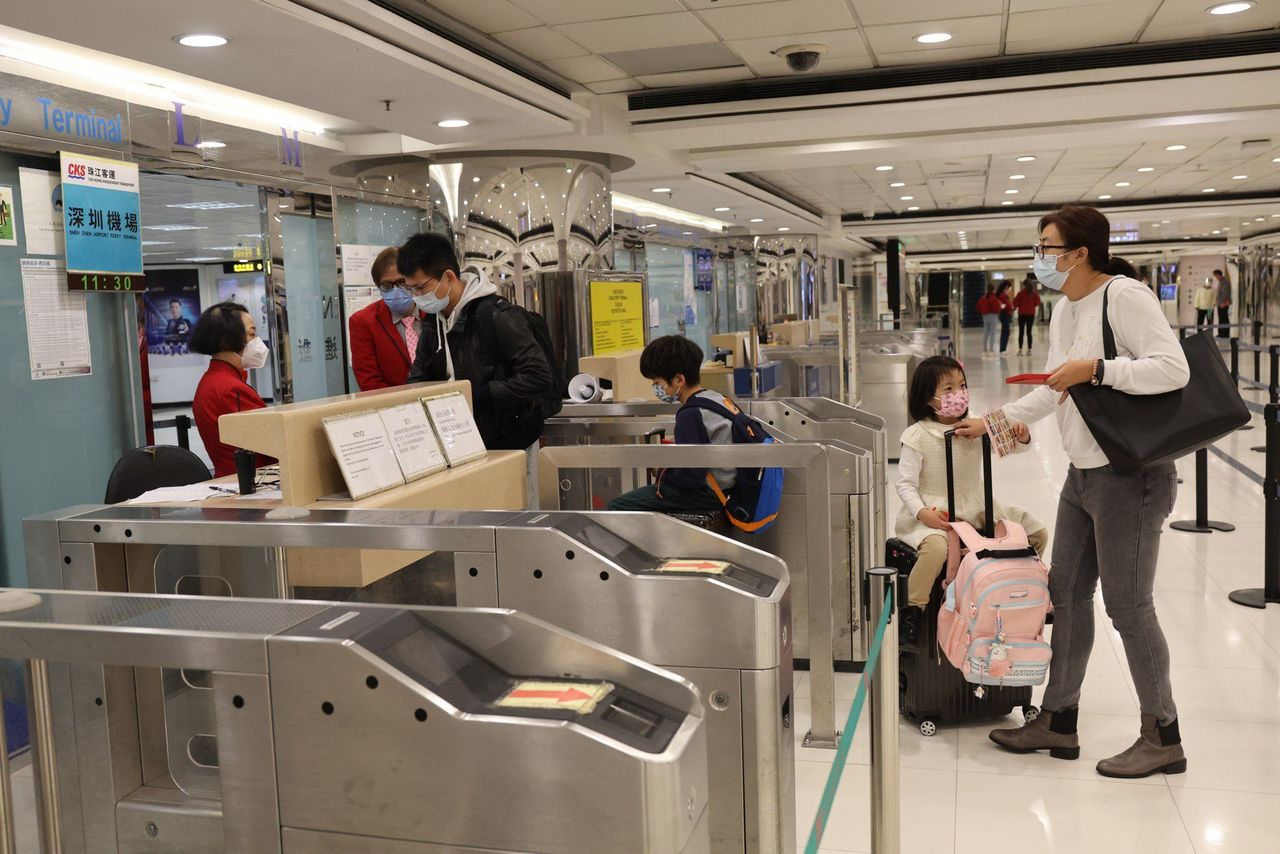 Sammy Zhang, another entrepreneur who is in her 40s and plans to attend the fair, said crossing the border at Lok Ma Chau rail station was very convenient and only took an hour.

“Compared with two months ago when I last visited Hong Kong, it’s way more convenient now. Since the shopping paradise is back, I plan to travel to Hong Kong more often,” she said.

Exporter Liu Ge, 40, arrived at the Hong Kong China Ferry Terminal with her brother and 10-year-old son from Shenzhen airport at about 11am for a multipurpose trip, which will include attending the trade fair and renewing travel documents.

“We were the only people on the ferry, and immigration staff were friendly. Everything is going so well,” she said. They were on the first ferry from Shenzhen to Hong Kong.

“We miss local Hong Kong food such as beef balls and plan to go to the Wong Tai Sin temple to worship the gods for good luck.”

Reuniting with loved ones was a top priority for many travellers.

Yang Yang, a finance executive in his 30s working in Shenzhen, said he would travel to Hong Kong more often to be with his wife and daughter after only spending 20 days with them over the past three years.

“Now I want to make up for the time I have lost,” Yang said after passing through the Lok Ma Chau railway station control point. He added he wanted to return to Hong Kong every week.

At the Futian checkpoint in Shenzhen, Hong Kong resident and homemaker Jenny Ye, 43, decided to return home on Sunday to avoid having to quarantine after she visited her ill father in Heyuan, Guangdong, on December 24.

But she wrongly assumed she did not have to obtain a negative polymerase chain reaction (PCR) test result. Frustrated, she hastily searched for a testing facility.

“Hong Kong made it very clear that you need to do a PCR test [before travelling to the mainland], but on this side it isn’t that clear that the testing rule applies to everyone,” she said.

Travellers from both sides have to obtain a negative PCR test result within 48 hours before departure.