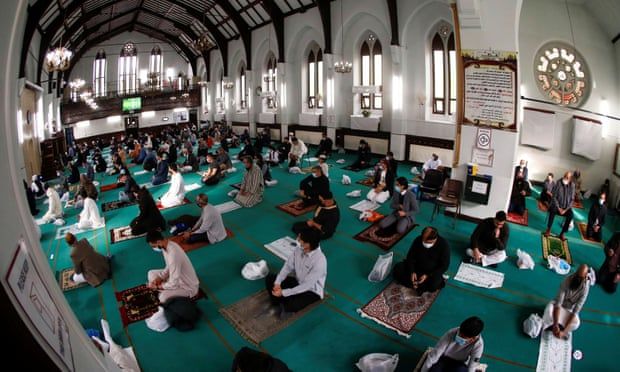 MailOnline has been criticised for a story claiming there are British towns that are no-go areas for white people, generating particular ridicule for the inclusion of the Manchester suburb of Didsbury.

The article is based on a book by former Islamist radical Ed Husain called Among the Mosques: A Journey Across Muslim Britain, in which he details how he believes communities have become divided.

The MailOnline story, headlined “British towns that are no-go areas for white people …”, includes a photo of Didsbury.

The 2011 census showed that Didsbury West was 84.1% white and Didsbury East was 77.9% white. Only last month, MailOnline published a story describing the area as “posh and leafy” with “plenty of pubs”, which presumably do not cater exclusively for Muslims as they are forbidden to drink alcohol under their religion.

The suburb was the location for the popular drama Cold Feet about middle-class Mancunians – all white – and has a reputation for its cafes and specialist, and expensive, food shops, which many comments humorously referenced as they sought to debunk the Mail article.

Rachel Love-Howseman tweeted: “I used to avoid Didsbury when I lived in Manchester only because I couldn’t afford to live there and I once ordered fish and chips in a restaurant and got 8 chips piled up like Jenga and the amount of fish wouldn’t have filled a fish finger.”

Anne Coates wrote: “For my non Mancunian readers, Didsbury is probably the most expensive place to live in Manchester. If you were to visit, you wouldn’t see many people who weren’t white. It has a shop that just sells cheese.”

The photo of Didsbury is captioned: “Sharia court within the mosque – which was once a church”. Sharia councils are often accused of operating a “parallel legal system” in the UK, but their rulings have no legal standing in British law and they have no enforcement powers.

Among other areas included in the article are Blackburn, Bolton, Bradford, Dewsbury, Edinburgh and Glasgow, with people also challenging the way they have been portrayed.

The book is based on Husain’s observations while travelling up and down the country, with the “no-go areas” headline apparently based on a conversation Husain had with two white men in Blackburn.

It has received mixed reviews. The Economist said Husain “makes a compelling case”, while the Times also praised it. However, Sameer Rahim, who reviewed it for the Literary Review, wrote: “It is, by some distance, the worst book I have reviewed in nearly 20 years as a critic – at times laughable, at others frankly sinister.”

Husain, a co-founder of the now defunct counter-terror thinktank Quilliam, is a controversial figure, having previously championed the government’s Prevent programme and declared that spying on British Muslims, whether they were suspected of committing crimes or not, was morally right as “the alternative [would be] to let the buggers do what they wish, until they appear on the violence radar, which is too late”.