Europeans fear America is taking advantage of the war in Ukraine to build a commercial edge over EU rivals.

Macron will get the cordon bleu, black-tie treatment — basking in all the pomp and ceremony of the first full state visit that Biden has laid on, with a troop review and musical accompaniment from Grammy-award winning musician Jon Batiste.

Beneath the razzmatazz, however, Macron has a very clear wish list for Biden. He wants to know whether the U.S. president can offer cheaper gas and European access to a multibillion-dollar U.S. subsidy scheme for green industries. If Biden can't deliver, a transatlantic trade war will be more or less inevitable, risking a Europe vs. America subsidy race and tit-for-tat retaliatory tariffs.

The argument from the European camp is that America must show greater solidarity with Europe, which is bearing the economic brunt of war in Ukraine. If it weren't galling enough that EU energy prices are now soaring way above those in the U.S., the Europeans are incensed that Washington is bringing in a bumper subsidy package they say will only further suck investment away from Europe. Big carmaking nations like France and Germany are enraged that the Inflation Reduction Act will introduce what they see as potentially illegal "Buy American" incentives for electric vehicle purchases.

Against a backdrop of growing frustration in Europe that America is profiting from the war while its allies are struggling, Macron has already accused the U.S. of pursuing an "aggressive" protectionist approach and says that American gas prices are not "friendly." Of all EU countries, France is the most vociferous on defending Europe Inc. through trade defenses and pouring subsidies into corporate champions.

France's presidential palace, the Elysée, says Macron will be pushing for “more transatlantic unity” on investment policies and the impact of the war in Ukraine.

“[Biden] must take into account what happens after the war. The EU is bearing the brunt of the sanctions, and the impact of this effort against Russia is quite clear,” said an official at the Elysée. “There’s a risk that imbalances will worsen as the EU pays higher energy prices and the U.S. takes measures to boost investment in industry,” he said.

The key breakthrough for Macron would be some kind of concession that European allies could be win the same rights in the IRA subsidy deals as American, Canadian and Mexican companies. Gas poses a thornier question as prices are set by the market, but the Elysée says the U.S. president has a number of “options” to bring down prices.

Whether the Americans — whose indifference to Europe's troubles hasn't gone unnoticed — will hear his message is far from assured.

In many ways Macron’s visit to the U.S. is seen as a return to normality after the turbulent Trump years and the fierce diplomatic feud sparked by the AUKUS defense pact last year when Australia pulled out of a multibillion dollar submarine deal with France to instead acquire American-made nuclear-powered submarines. French Foreign Affairs Minister Jean-Yves Le Drian slammed the move as "a stab in the back" and in the ensuing row, France recalled its ambassador to the U.S. But the two nations have mended relations since and have been closely aligned on the Ukraine war, forming a core part of the international front against Putin's war.

There will be none of the crackling tension and awkward handshakes that marked the French president’s encounter with former President Donald Trump in 2018 during Macron's first state visit to the U.S. Since then, major global events have unfolded at a dizzying pace — from a global pandemic to the war in Ukraine, along with Russia’s alliance with China. The need for the two historic allies to deepen their alignment has rarely been stronger.

Whether Macron can bring home the goods remains to be seen, but the meeting looks set to deliver on the cinematic aspect of the Franco-American rekindling.

In a preview of the French president's state visit, John Kirby, spokesperson for the White House National Security Council, stressed the long history of close relations between the United States and its oldest ally. "This is an opportunity to highlight a foundational component of this administration's approach to foreign policy and that's through alliances," Kirby told reporters.

Biden and his counterpart are expected to talk effusively of all the things that unite France and the U.S.: a shared history (not least in the American war of independence), their support for Ukraine and their renewed commitment to NATO.

After a ceremony at Arlington military cemetery and a private dinner with the Bidens on Wednesday, the French president will be officially welcomed at the White House with cannon volleys and a review of the troops on Thursday. The two leaders will then hold bilateral meetings, followed by a joint press conference and a state dinner where Batiste has been tapped to perform.

There is plenty the two presidents will agree on.

“Biden is an internationalist, he likes Europeans. There have been some tensions [with Macron], but there isn’t much difference in their views on many topics,” says Nicole Bacharan, a French-American political scientist and author.

“I think it is going to be a success because both want it and need it. [Macron and Biden] can get along. There was the ugly AUKUS moment, but Putin has brought them together,” she said.

In addition to adjusting the IRA legislation so that European manufacturers benefit from the same perks granted to Canadian and Mexican ones, the French also want the Biden administration to pressure companies selling liquefied natural gas to Europe to keep prices acceptable and help Europeans bear the brunt of the sanctions. The Elysée believes the U.S. president has a number of “options” it could work on to bring down prices.

Time runs out for the old Continent

It’s unclear however whether there is any appetite in the U.S. to give in to French demands.

A high-ranked French economy ministry official noted that Washington was unlikely to abandon IRA measures. “It seems difficult since the text has been voted on in Congress," the official said, noting that “there are implementing measures for which they can have some flexibility to avoid damaging effects on Europe.”

While Macron pursues his charm offensive in Washington, others in France have been sending starker messages to their U.S. counterparts.

If the U.S. doesn’t modify its Inflation Reduction Act, the EU should use “coercive” measures to ensure that European companies benefit from the same conditions as American companies, French Trade Minister Olivier Becht told reporters Friday.

"I think certainly the issue will most likely come up," Kirby of the White House National Security Council, said of the IRA. "We look forward to having that discussion with our French counterparts." 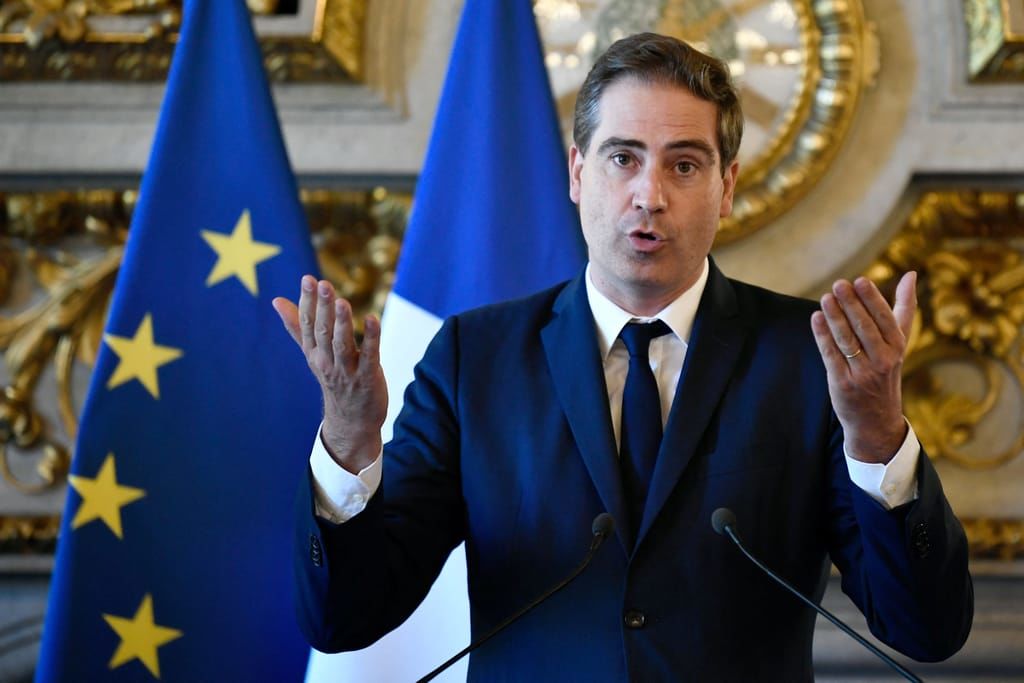 He added: "The bottom line for us, is first of all we want to understand the concern. We're absolutely willing to have that conversation and to find a way to work through those issues of concern."

As of late on Monday evening, Washington was still giving no indication that it might modify IRA legislation, according to a readout of a video call between U.S. Trade Representative Katherine Tai and France's Economy Minister Bruno Le Maire.

But the time for peace talks with the U.S. is running out as key parts of it are set to come into force in January. Europeans have been sharpening their own response to the IRA, with many calling for Europe to urgently push through its own package of subsidies to protect sensitive industries.

Macron himself has repeatedly said he would not stand by and watch the Americans and the Chinese pursue aggressive policies of state subsidies. France is pushing for the EU to roll out its own wave of subsidies and reserve them for European manufacturers.

Washington doesn’t seem bothered by Brussels fighting fire with fire. On the contrary, the U.S. Trade Representative Tai encouraged Brussels to do the same and step up financial support to make Europe less dependent on foreign suppliers.

A Franco-German consensus has emerged on the need to respond by boosting subsidies in strategic industrial sectors, but it’s still unclear what the EU response could be, with several EU countries unwilling to take a more protectionist approach. Paris has repeatedly said that Europe should also consider replicating what the U.S. has done and introduce measures that would treat European and foreign companies differently.

Should Macron’s campaign fail, Europeans will face a stark choice: Take the path of protectionism and risk a subsidy race they can ill afford, or stand by and watch the protectionist walls go up across the globe.