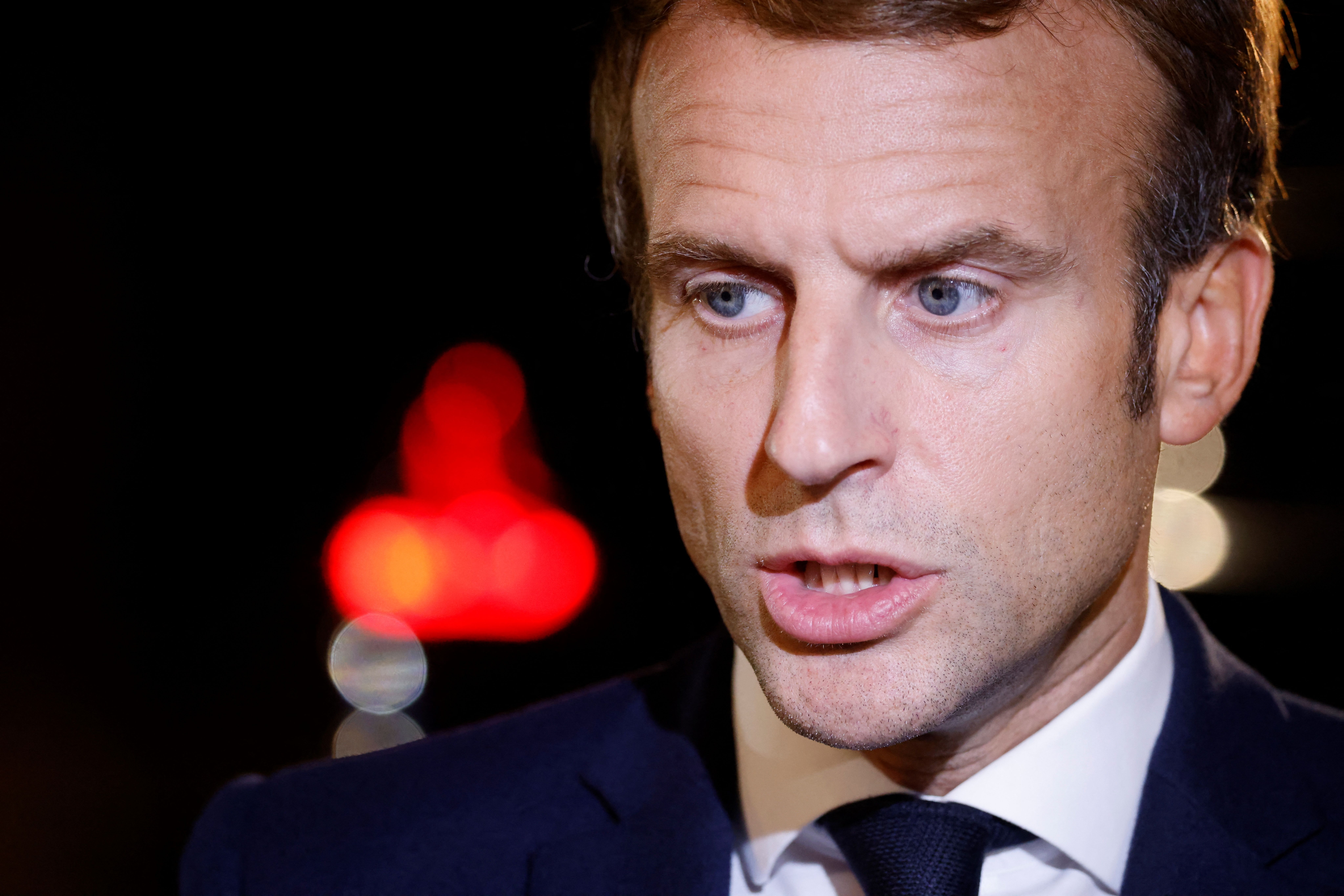 Macron on French-US alliance: ‘We will see’

Emmanuel Macron is still not sure that Joe Biden gets it, or that the age-old alliance between France and the U.S. is back on track.

Not yet three weeks since the U.S. president blindsided his French counterpart by announcing a new Indo-Pacific strategic alliance with Australia and the U.K., Washington is still struggling to repair the diplomatic damage. And as Macron arrived on Tuesday evening for an EU leaders’ meeting in Slovenia to discuss so-called strategic autonomy, it was clear that he was still annoyed and still insistent that the White House demonstrate its contrition in deeds not just words.

Asked by POLITICO if he was now confident that Biden recognized France’s importance as an ally, Macron replied curtly in English: “We will see.”

“I just believe in facts,” Macron continued. “I do hope. I do think it’s feasible. I do think it’s more productive for both of us. I will see. And I think we scheduled to discuss together mid-October, we will catch up during the G20 and I think it will be the right occasion to see how we can reengage very concretely.”

It was precisely this push for greater European military integration and security cooperation that was at the top of the leaders’ agenda for their dinner in Slovenia on Tuesday night.

Macron recalled the French ambassador from Washington and then refused to take Biden’s call for days after the surprise announcement of the Indo-Pacific alliance, known as AUKUS, which also resulted in France losing a €50 billion-plus contract to build submarines for Australia. When the two men finally spoke, Biden tried to smooth over the blow-up by issuing a joint statement in which he conceded that the United States should not have left France in the dark, and recognized “the importance of a stronger and more capable European defense.”

Some EU officials and diplomats have warned that Macron is endangering transatlantic relations by making the rift between Paris and Washington an issue of tension between the U.S. and the entire EU. In solidarity with France, EU leaders had quickly accused Biden of “disloyalty” in not consulting Paris or Brussels about the Indo-Pacific partnership.

U.S. Secretary of State Antony Blinken is visiting Paris this week as part of a continuing effort to repair relations, and Biden’s national security adviser, Jake Sullivan, is due to visit the French capital on Friday after attending meetings at NATO headquarters in Brussels the day before.

Macron made a dramatic point of being the last of the EU leaders to arrive at the summit site, a conference center near Brdo Castle. And he said that he would judge the state of the U.S.-French relationship based on Biden’s actions, not his words.

“My point is,” Macron said, “it’s not an issue about words or perceptions. It’s an issue about facts and what to do together.”
#joe biden
Add Comment