Thousands of people have lined the streets of London to welcome in the Year of the Rabbit at the capital's annual Chinese New Year celebrations.

Dancers and dragons joined a parade around Chinatown before performers took to the stage in front of the National Gallery in Trafalgar Square.

The event is the biggest Chinese New Year celebration outside of Asia. 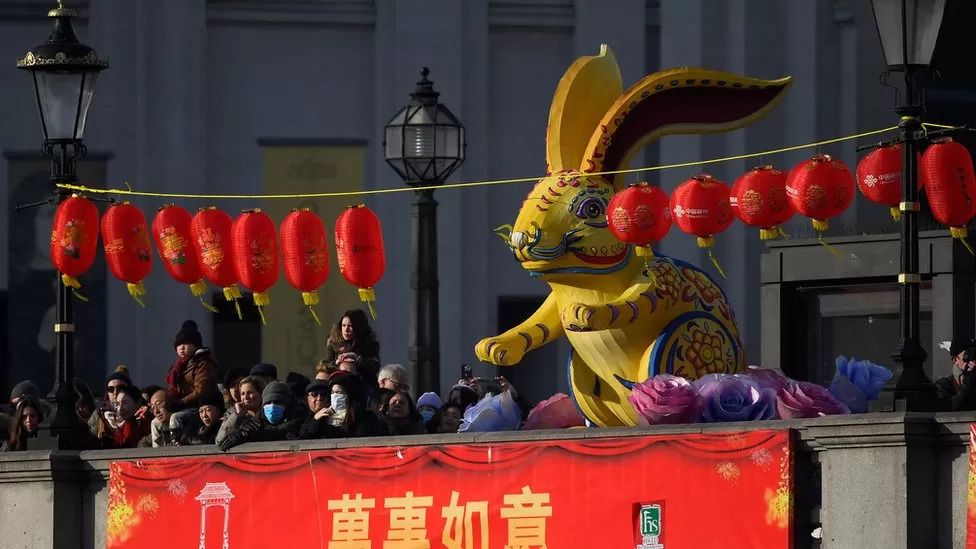 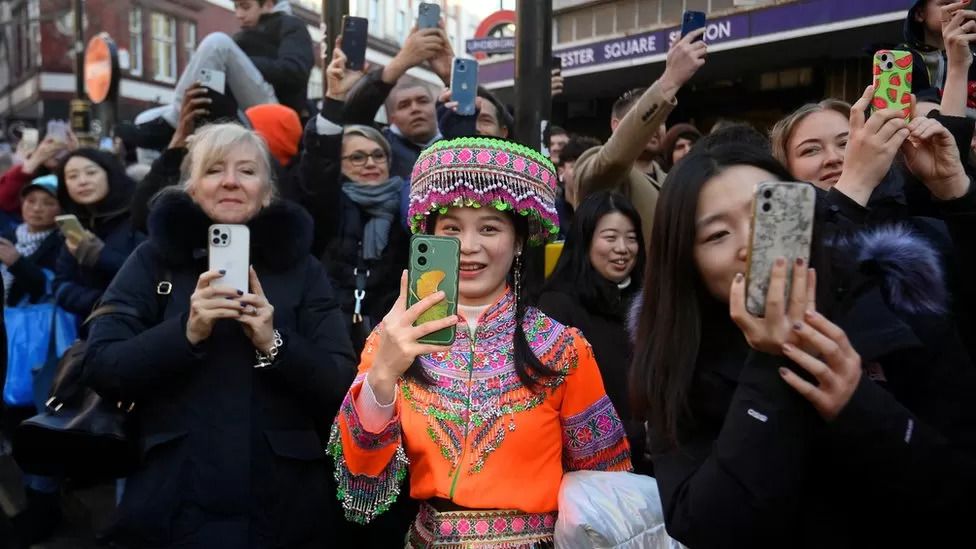 Crowds lined the streets in the West End 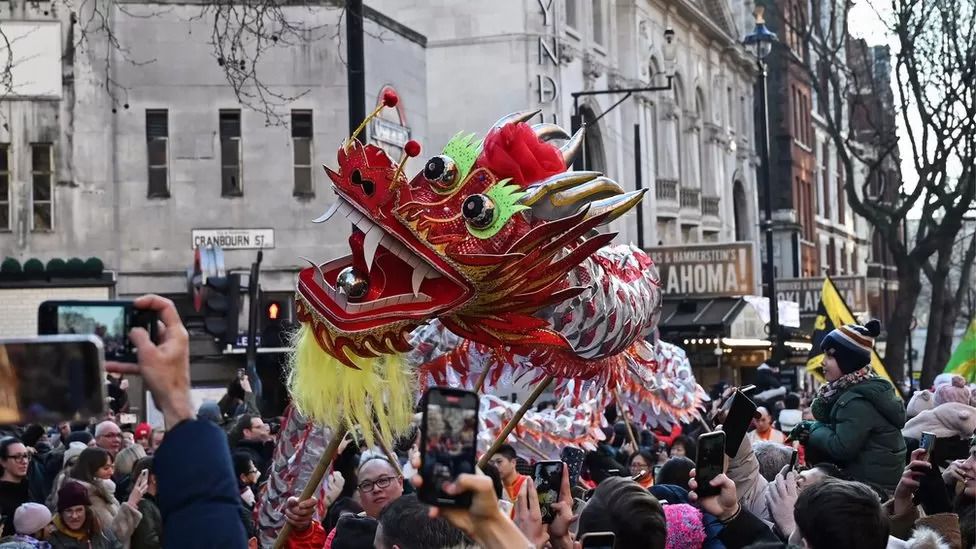 The Chinese New Year's parade began in Charing Cross Road and featured colourful floats, with more than 50 teams taking part in the event 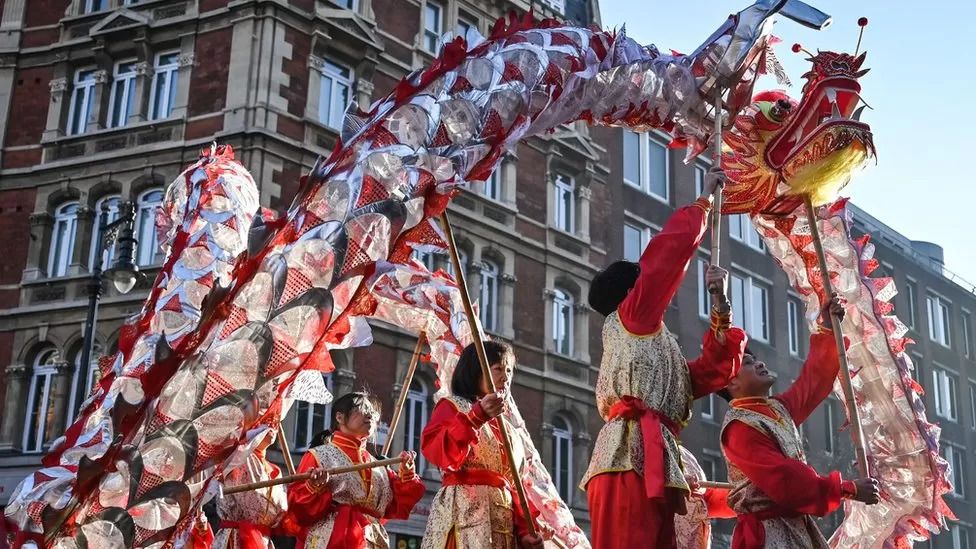 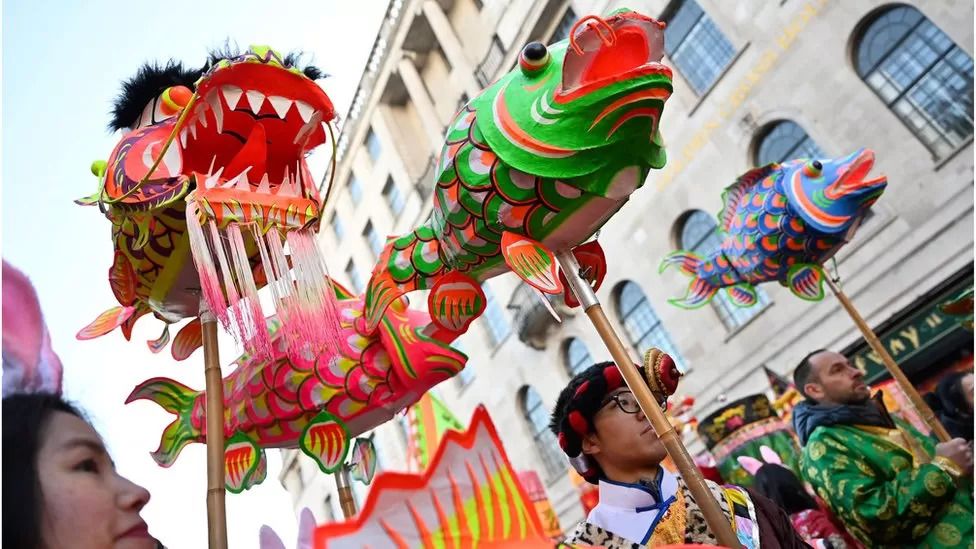 Hundreds of thousands of people descend on the West End 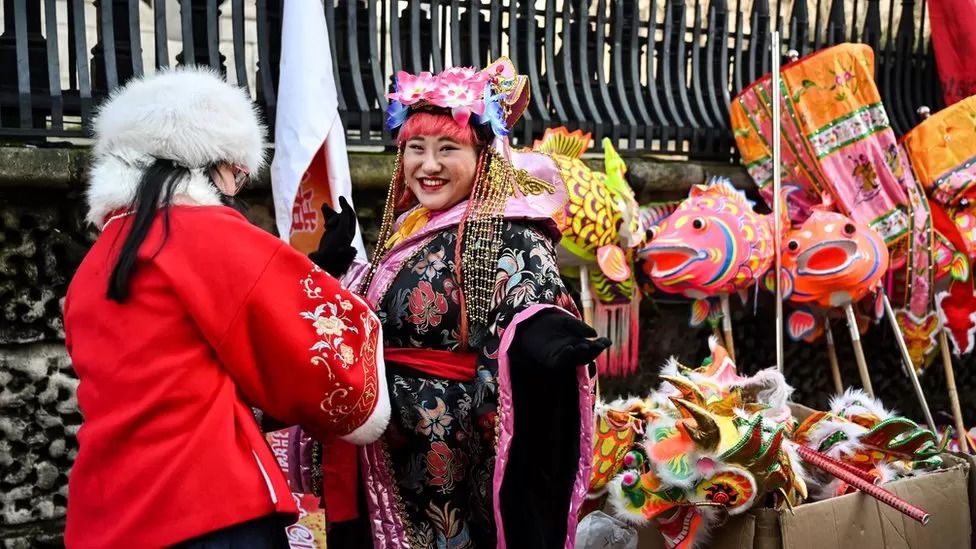 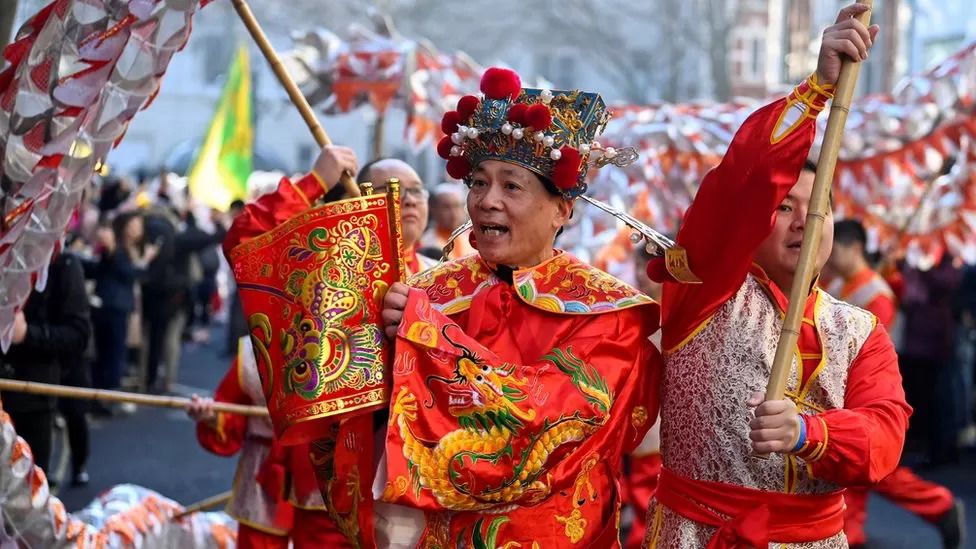