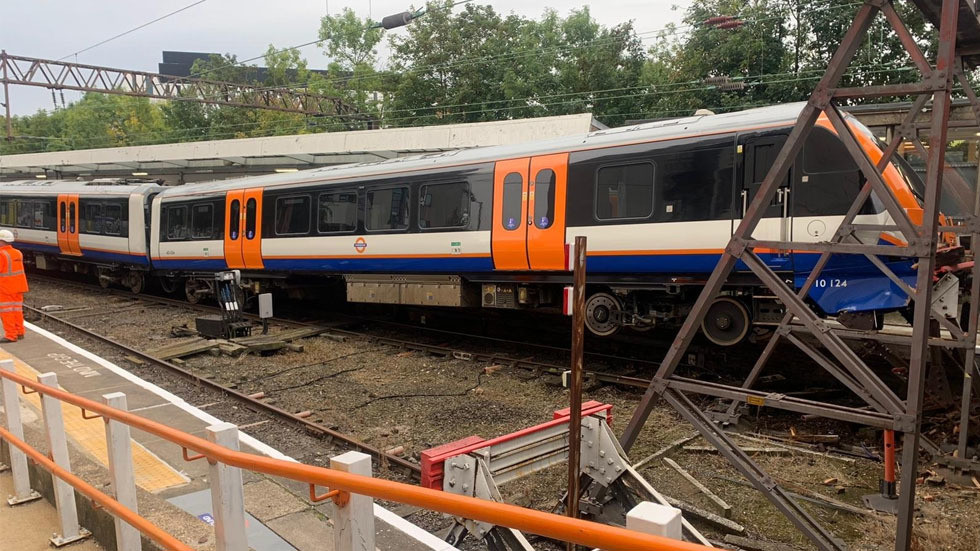 A London Overground train crashed during rush hour on Tuesday morning, smashing through the buffers and coming off the tracks. The train came to a halt inches from the station building. Two people were injured.

The accident, which happened at around 8:20am local time on Tuesday, left the driver needing treatment for shock and injured two people, with authorities evacuating around 50 people from the station to “make the scene safe.”

Footage and photographs shared online from the station show just how close the train came to making contact with the building.

Enfield Town’s station commander, Jim O’Neill, confirmed that the train had “hit the buffers at the station,” which is the end of the line, before it went “over the top of them.”

Dozens of emergency service vehicles attended the incident, which is thought to have only caused “a few minor injuries” due to the train travelling at a “slow speed” when it hit the buffers, according to Network Rail’s route director for Anglia, Ellie Burrows.

Witness Gary Spencer, who works nearby, told Sky News he’d “never known a train to fail stopping,” but said he was thankful the buffers are protected by a steel backing or “the train would have damaged the [station] building.”

Transport for London, which oversees the London Overground network, halted services from nearby Edmonton Green to Enfield Town, while authorities worked to secure the scene and clear the damaged train. It’s not clear when that section of the line will reopen for use.

Authorities do not yet know how the incident occurred. Emergency services and British Transport Police have already attended the scene to begin conducting their investigations into the crash.