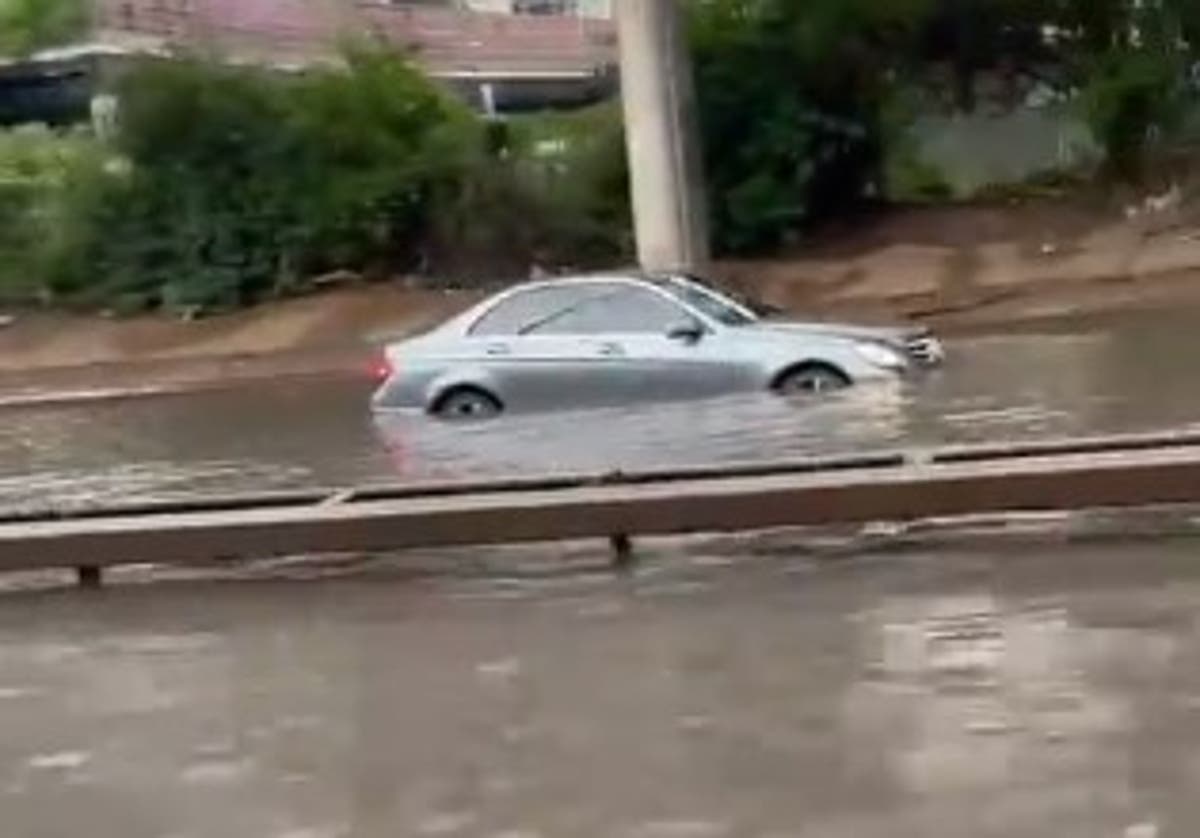 London streets are under water as storm batters the capital

Some of London’s streets were under water as a storm broke out in south London on Monday.

Dramatic photographs captured cars submerged in water in the capital after flash flooding.

It comes as the Met Office issued flood warnings across the country.

Londoners were urged to take care during the severe weather conditions.

London Fire Brigade tweeted: “Our 999 Control Officers have taken over 150 calls to flooding incidents across #SWLondon. Please only call 999 in an emergency. During a flood, don’t go out unless you have to. Avoid walking through flood water & take extra care on the roads.”

Met Office meteorologist Steven Keates told the Standard: “This morning there was some particularly heavy rain around Bournemouth and Poole and we saw 50 to 75mm of rain in one or two spots.

“We spotted some flooding on a local scale as well but that has eased off now but we’ve seen heavy showers breaking off all over the place at different times.

“Just on the south of London down towards Hampshire there’s a storm just breaking out as I speak and a few heavy showers are expected in parts of Devon and south Wales. There are other areas with heavier showers and persistent rain across parts of south Yorkshire.”

But Mr Keates added that the “good news” is that the rain won’t be here to stay all week.

Instead Britons could see temperatures move to the high end of the 20s, the Met Office said.

He added: “Monday is looking like the worst day of the week...but after today things are much improved for the rest of the week.”