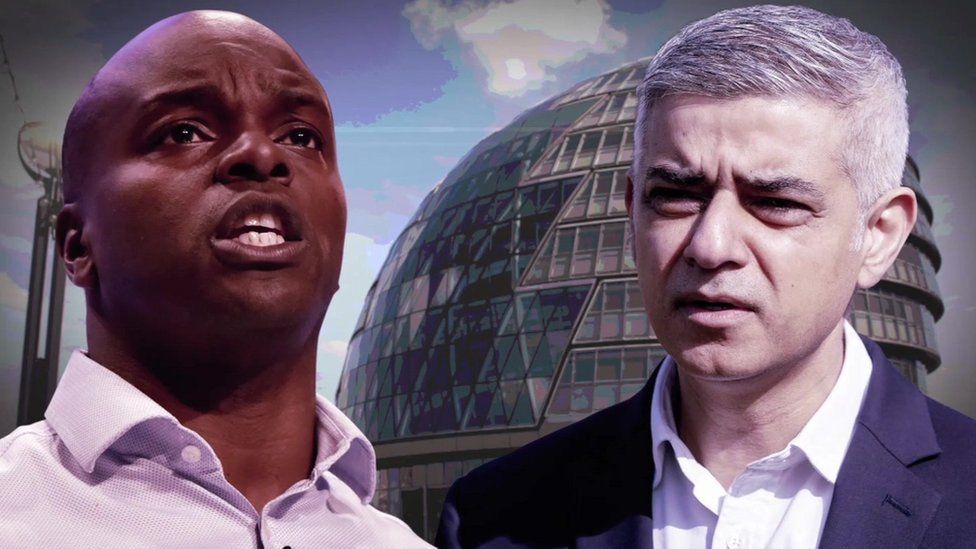 Sadiq Khan and Shaun Bailey did not hold back in a head-to-head debate that got personal at times.

The two leading candidates to become mayor of London set out their stalls on policing, transport and the capital's recovery from the pandemic.

Here's what we learned from their debate on BBC London.

1. They blame each other for rising crime

The debate started off with the two candidates common ground, both agreeing that there needs to be "greater education" for young men to improve safety for women in London in the light of the killing of Sarah Everard.

But as the conversation moved on to rising crime in London, the pair blamed each other.

Mr Khan pointed out Mr Bailey was "the youth and crime advisor to David Cameron and George Osborne" during the years of austerity, when "the cuts began to our police services and youth service".

He also pointed out that violent crime has been rising across the country since then, not just in London.

Before the pandemic the number of violent crimes in England and Wales was rising by 19% a year.

"If the streets are not safe that's the responsibility of the mayor," he said. "Safe streets in London aren't a luxury, they're a necessity."

Mr Khan, who will again be standing for Labour on 6 May, described his opponent as a "lockdown sceptic" for publicly calling for London to remain open ahead of the second period of national restrictions.

The mayor called for a "public inquiry and reckoning for those responsible for the premature deaths of Londoners".

Mr Bailey said any recovery needs to balance the "safety of individuals and the safety of our economy".

He accused Mr Khan of making Londoners afraid to use public transport, which had hurt businesses.

Since the pandemic, Transport for London's (TfL) fare revenues have fallen by 90%.

Mr Khan said he had a £544m plan to get the city back on its feet, but Mr Bailey said this would not help Londoners "out of work right now".

He said the mayor should "look people in the eye and tell them where their job has gone". 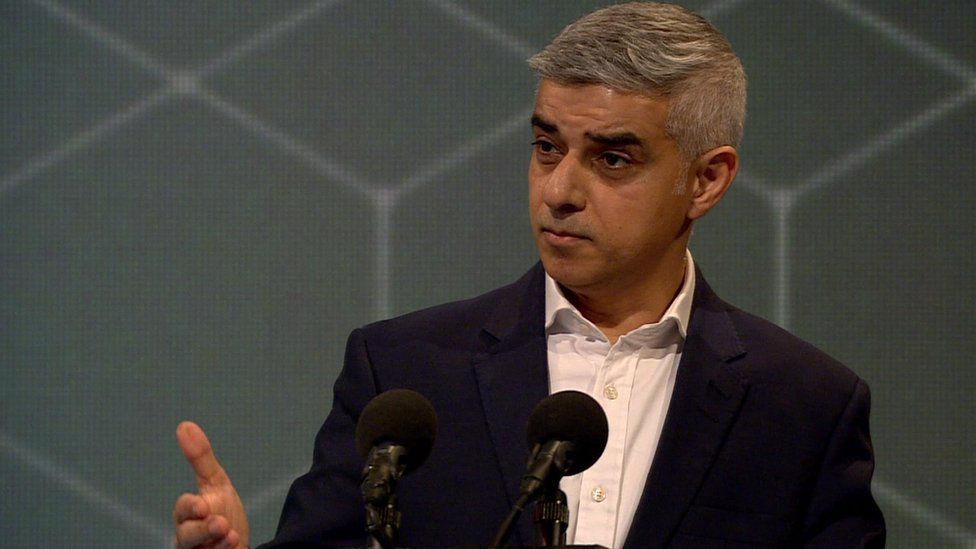 3. Who can get the best deal for London?

Since a £1.6bn bailout for Transport for London (TfL) was agreed last May, there has been a public war of words between the government and Mr Khan.

"If the government and civil servants do not trust you, then you cannot get a good deal for London," Mr Bailey said.

He accused Mr Khan of "picking fights for no reason to look like you're working".

In response, Mr Khan said his opponent would be "in the pocket of the government " if elected mayor.

Londoners instead "want a mayor who stands up for our city", he continued. 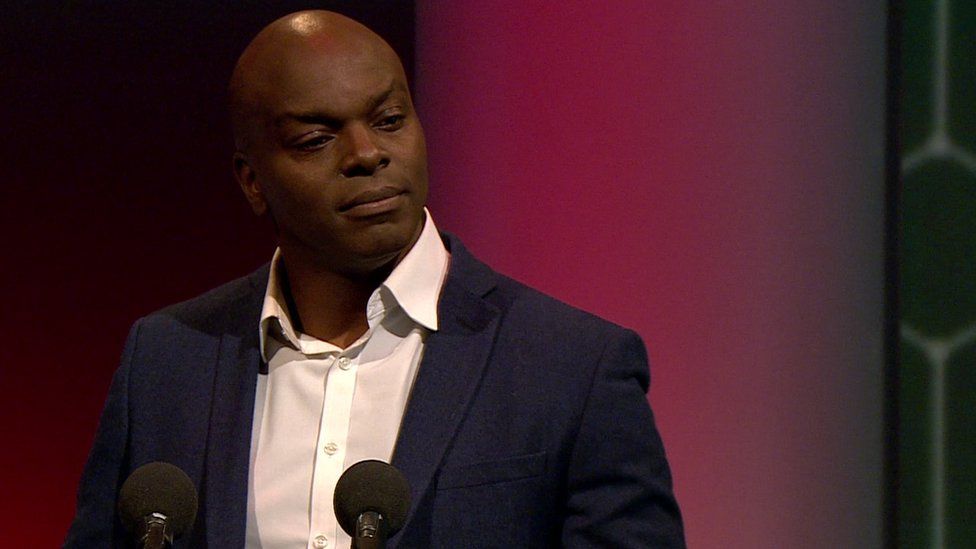 Both candidates peppered their speech with phrases we can expect to hear repeatedly over the course of the campaign.

Several times in the debate he claimed the election will be a choice between candidates "talking down London or standing up for London".

Mr Bailey, on the other hand said London needed "a fresh start," which also happens to be his campaign slogan.

5. They both miss their mums

While reflecting on the impact of the pandemic, the candidates revealed they were both missing their mothers.

When asked what he missed most during the past months, Mr Khan said: "hugging my mum.

"It's been really hard, I've not seen her properly for some time," he added.

Mr Bailey said the biggest personal issue had been seeing the impact on "the mental health of my children".

But he added he also hadn't been able to see his mum "because she's asthmatic".