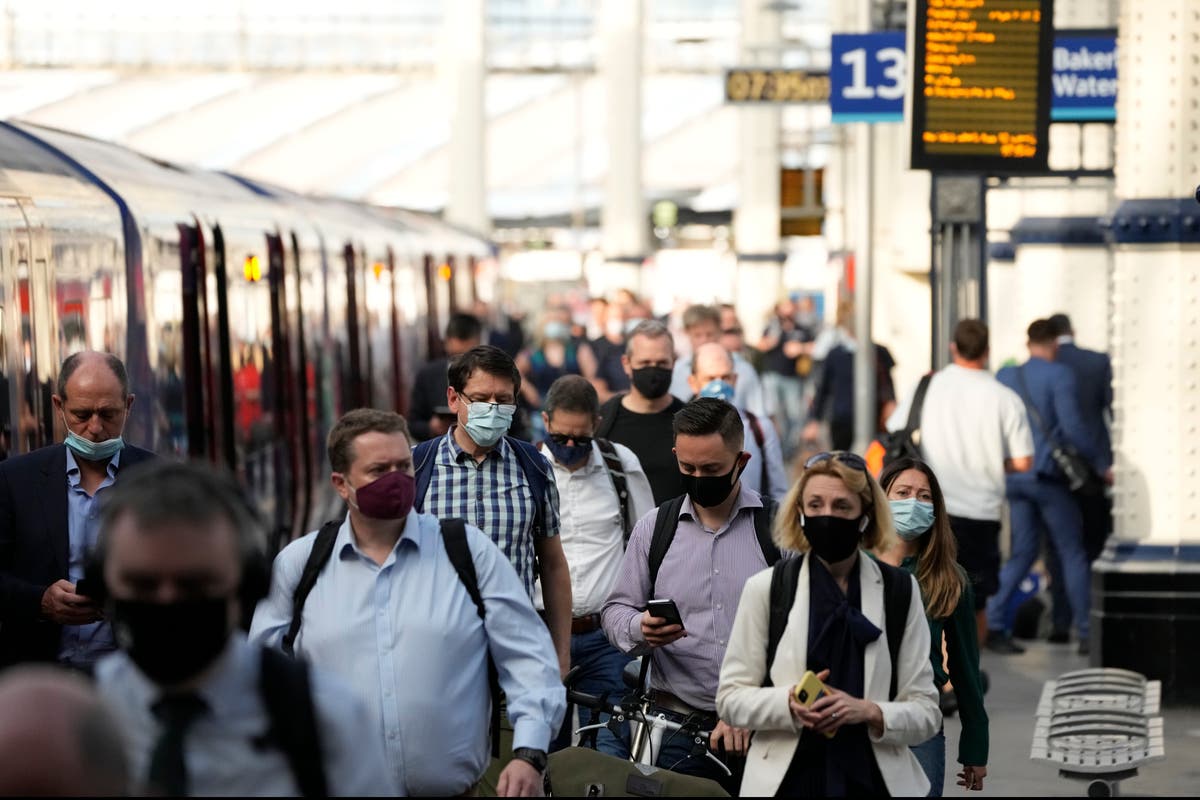 Cities across England have joined London in making masks compulsory on transport services after Freedom Day in a revolt against Boris Johnson.

It comes after London Mayor Sadiq Khan confirmed face coverings will remain mandatory on the capital’s transport services after July 19, despite the prime minister’s decision to drop the legal requirement in England.

Mayors across England have hit out against the government’s decision and joined the capital in keeping mask wearing compulsory in areas of local transport under their control.

From Monday, face coverings will become a condition of carriage on the London Underground, trains and buses, Greater Manchester Metrolink trams and Tyne and Wear Metro.

They must also be worn in bus stations in West and South Yorkshire.

But mayors warned that without a continued national mandate there would be a “ridiculous mismatch” of rules across the country that will be “confusing” for passengers when measures are eased on Monday.

For example, masks will not be mandatory on local buses or mainline trains because the leaders do not have control over them.

One exception is London, where bus passengers will be required to wear coverings since TfL is overseen by the city’s mayor.

Mr Johnson has faced calls to stage a U-turn over the decision, with transport secretary Grant Shapps backing Mr Khan.

Mayor of Greater Manchester Andy Burnham said mayors wanted to see a “return to a more normal life” but this needed to be done “safely”, with masks helping to protect people in enclosed environments.

South Yorkshire Mayor Dan Jarvis chimed: “The mixed messages from the government risks making public transport a no-go area , both for the vulnerable and for our young people who haven’t yet had both vaccinations.”

What are others doing?

In Wales, face masks will remain a legal requirement on public transport partially to reassure those who are clinically vulnerable.

Coronavirus restrictions are set to ease in Scotland when the country moves to level zero but mandatory face masks will remain for some time.

Other European countries including France, Spain, Italy and Portugal, are also continuing to mandate compulsory face coverings on public transport.

Conditions of carriage are contractual conditions between passengers and transport services, which include not consuming alcohol which is also enforced by a byelaw.

The new condition of carriage requires passengers to continue wearing a face covering in stations and for the duration of their journey unless they are exempt.

Passengers not wearing a face covering and not exempt will be refused entry.

TfL is considering amending the existing byelaws for face coverings but this would have taken significant time and may have resulted in a gap between national regulations ending and TfL requirements beginning.