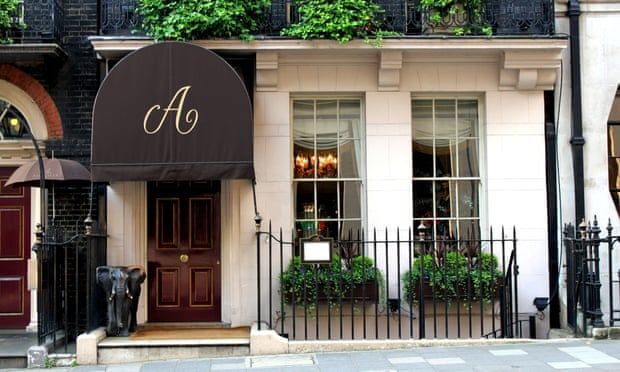 Ex-employee is suing Aspinalls in Mayfair for discrimination, alleging a ‘hostile and demeaning environment’

An exclusive London casino allowed wealthy patrons to racially abuse staff with impunity and “segregated” black employees from gamblers who insisted on white dealers, a tribunal has heard.

Semhar Tesfagiorgis, 41, is suing Crown London Aspinalls, in Mayfair, for race and sex discrimination, alleging there was a “hostile and demeaning environment” when she worked there.

Tesfagiorgis, an inspector/dealer at Aspinalls between 2007 and 2020, claims millionaire members aimed racial slurs at her and black colleagues, including use of the N-word, comparing black people to gorillas and calling them “stupid fucking black girls”. She alleges the casino not only failed to bar offending patrons but acceded to their requests to not have black dealers at their tables.

Tesfagiorgis, who began giving evidence at the London central employment tribunal on Thursday, said in her witness statement: “Each time I have encountered racism and sexism or witnessed a colleague being racially harassed or been told about a colleague’s experience, I have done my best to report this to the respondents in the hope that they would address the matter and send a clear message that it does not tolerate any form of discrimination.

“Instead, my experience has continuously been one of gaslighting and excuses made on behalf of the patrons in an attempt to dumb down their offensive and unlawful conduct.”

The tribunal was told the first incident occurred on Tesfagiorgis’s second day of work, in 2007, when a wealthy patron called her and another employee, Fiona Esoko, the N-word. When her colleague confronted the patron, Tesfagiorgis says she and Esoko were removed from the gaming floor, as well as a future visit, after the casino rejected requests that he be barred.

Two years later the same patron subjected Esoko to racist language again and demanded a different dealer, a request to which the casino agreed by asking a white male dealer to step in, the tribunal heard.

In June 2015, Tesfagiorgis says she was initially refused a request to swap shifts because it would have involved contact with a patron who had stated a preference for “white female dealers only”. The tribunal heard that in the same month, a casino manager, John Bruns, attempted to keep her and a black colleague away from a casino patron due to his preference for white female dealers, telling them: “Right, you two aren’t going up there.”

She and a colleague were also segregated from a patron who requested a white female dealer in 2019, the tribunal was told. Tesfagiorgis said she had a meeting with the casino’s chief operating officer, Michael Branson, the day after the incident and he told her the patron’s request for “fair-skinned dealers” may have been “superstition”.

Tesfagiorgis, who also claims she was denied a request for weekends off for childcare, while a white male colleague was allowed a similar request, said her treatment by the casino amounted to a “prolonged campaign of discrimination and microaggressions”.

Aspinalls, founded by the controversial zoo owner John Aspinall but now wholly owned by the Australian company Crown Resorts, denies all the allegations.

The casino says the patron responsible for the 2007 and 2009 incidents was spoken to in 2007 and then banned in November 2009. It denies that either of the 2015 complaints were related to discrimination, claiming that Tesfagiorgis’s request for a shift swap was denied because the patron “preferred dealers who did not interact with him”. The casino has accepted a black dealer was sent away from a table because of a patron’s request in 2019 in an “error of judgment” but claimed it subsequently dealt with the incident “promptly and thoroughly”.