Defeated rival will not feature in lineup expected to feature Kwarteng, Braverman and Cleverly in top jobs

Rishi Sunak will not be offered a role in Liz Truss’s cabinet, it has emerged, as her team put the final touches to job offers to be made on Tuesday afternoon.

Kwasi Kwarteng, Truss’s closest cabinet ally, will become her chancellor, and she is also expected to confirm the appointments of Suella Braverman as home secretary and James Cleverly as foreign secretary. Those appointments will mean that, for the first time, there will be no white men in the four great offices of state.

Thérèse Coffey, a longtime friend of Truss’s, is expected to become health secretary, and Ben Wallace has asked to stay on as defence secretary.

Sources close to Truss told the Guardian Sunak would not be offered a post, a break from the tradition whereby most unsuccessful leadership contenders have been offered posts. Sunak told the BBC on Monday that the cabinet was “not something I’m thinking about”.

Senior Tories have warned that there is a pressing need to unite the party in the post-Boris Johnson era, though Truss appears keener to prioritise loyalty. Truss received a lower share of the vote than any previous Tory leader chosen by members, as well as fewer MP backers in the first rounds of the leadership race. Fewer than half of eligible Conservative members ended up backing Truss. 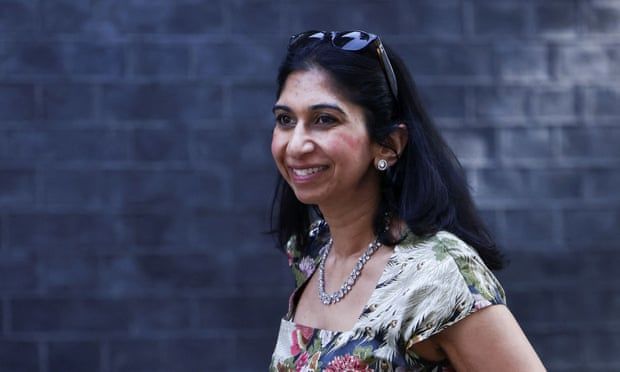 One former cabinet minister said they were pessimistic about the prospects of any unity appointments. “She is on thin ice with the party. Everyone will want to get behind her and are willing her to succeed, but her margin for error is smaller than any previous leaders I can recall.”

Two Sunak supporters who are expected to get senior ministerial roles are the Treasury minister Lucy Frazer, who has been tipped to be attorney general, and the former communities secretary Robert Jenrick.

There are still question marks over the jobs to be offered to the other key leadership contenders Sajid Javid and Penny Mordaunt, though both are expected to be offered posts. Lower-ranking cabinet roles, including Northern Ireland secretary, party chair and transport secretary, were still in flux.

Nadine Dorries is understood to have decided not to remain in cabinet and instead return to the backbenches, with Truss’ former leadership challenger Kemi Badenoch mooted as a possible replacement.

Johnson is reported to have been willing to offer Dorries a peerage in his resignation honours, along with a handful of other key allies, and Dorries has a lucrative book-writing career that she could continue.

With Dorries leaving her post, Truss is likely to demand a watering-down of her landmark online safety bill, which could become a bone of contention. Badenoch has denounced the legislation as having a chilling effect on free speech. Whoever takes on the role is likely to have a major impact on key decisions including the privatisation of Channel 4 and the future BBC licence fee. 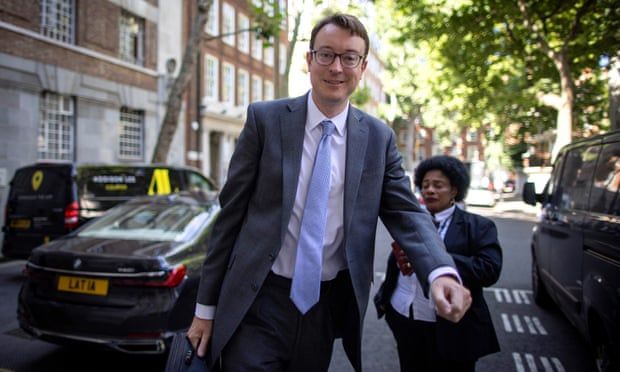 Simon Clarke has been a key Truss ally.

Jacob Rees-Mogg, another longtime Johnson supporter who backed Truss early in the campaign, is expected to be appointed business secretary, though there is still a question mark over the role of Simon Clarke, a key Truss champion, who was initially bidding for the department but now appears to be pencilled in as levelling up secretary.

Wendy Morton has been tipped to become the first Conservative female chief whip, with allies of Truss predicting a reshuffle of the whips’ office after a series of scandals, including over the behaviour of Chris Pincher, which ultimately sparked Johnson’s downfall.

Tom Tugendhat, the chair of the foreign affairs committee, is tipped to be made security minister, which could see him attend cabinet. Tugendhat, a critic of Johnson who ran his own leadership campaign, was a surprise backer of Truss earlier in the campaign, though the pair are close in their hawkishness on Russia and especially on China.

One senior party source said Tugendhat had bid for the security role in the hope of ensuring that the post would not go to an inexperienced Truss acolyte. “Britain has had to maintain safe pairs of hands in defence and security and he told her that,” one ally said.

Two Conservative sources said Mordaunt, Truss’s closest rival for the final two in the leadership race, had made it clear she did not want the position of Northern Ireland secretary, although another source close to Mordaunt said that was not the role she had been offered.

Mordaunt hinted on Monday that she was more open to the job of transport secretary, saying she would be “extremely well qualified for the position”.

The Sunday Times said that Javid, the former health secretary, was now in line for the Northern Ireland role.

The potential appointment of Brandon Lewis, who quit as Northern Ireland secretary before Johnson’s demise, as justice secretary has also raised eyebrows.

Other appointments are set to include the former Home Office minister Chris Philp as chief secretary to the Treasury. The veteran MP John Redwood is said by friends to be minded to turn down a junior Treasury role.

Iain Duncan Smith, the former leader who was one of Truss’s earliest backers, is expected to be offered a cabinet post as leader of the Commons, but one source said he had hoped for a return to running a department.

Another key backer who could be left disgruntled is David Frost, the former Brexit negotiator. He had conversations with Truss’s team over returning to the Cabinet Office, but there was no agreement on terms.

One highly symbolic expected appointment is that of Jake Berry, the chair of the Northern Research Group of MPs, who is being closely linked to the job of party chair, with the task of keeping the “red wall”.