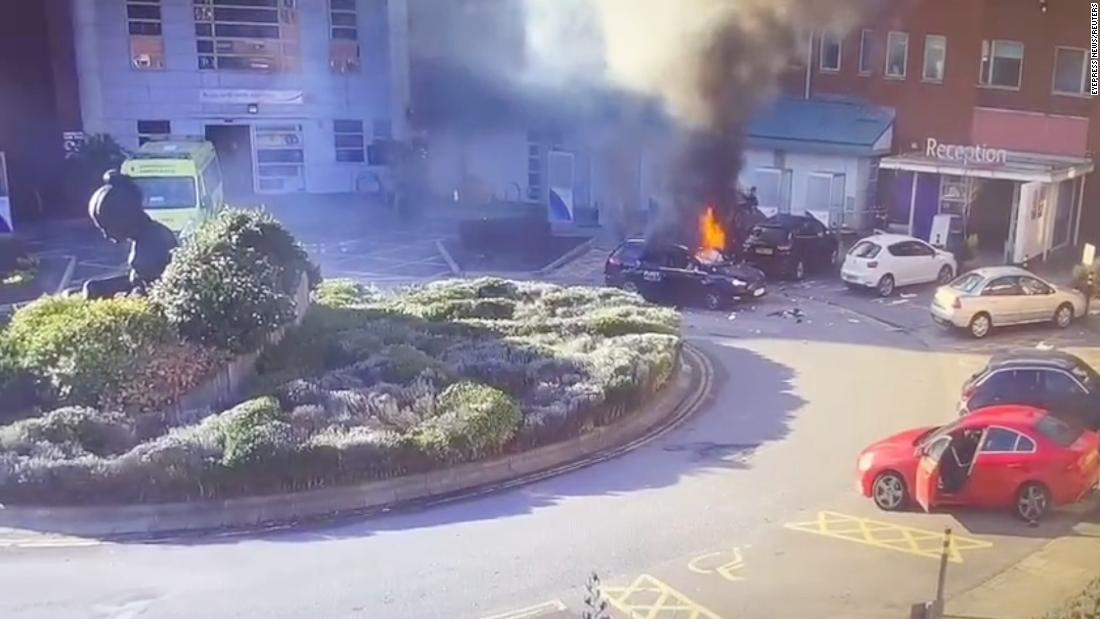 UK police have declared the blast outside a hospital in Liverpool a terrorist incident and said they believed the explosion occurred when a man brought an improvised device into a taxi.

Officers said Monday that a passenger is believed to have entered the vehicle with an explosive device that suddenly went off. The suspect died in the blast but the taxi driver managed to escape. Police have arrested four men, all aged in their 20s, and believe they know the identity of the suspect.

Home Secretary Priti Patel said Monday that the UK's terror level had been raised from "substantial" to "severe" following the explosion, PA Media reported, meaning an attack is "highly likely." Patel noted that the blast marked Britain's second terrorist incident in a month, following the murder of lawmaker David Amess in October.

Sunday's incident began when the driver of the taxi picked up a fare on a residential street in the northwest English city. A man entered and asked to be taken to Liverpool Women's Hospital, a short drive away, Assistant Chief Constable Russ Jackson of Counter Terrorism North West said at a press conference on Monday.

"Our enquiries indicate that an improvised explosive device has been manufactured and our assumption so far is that this was built by the passenger in the taxi," Jackson said.

Surveillance camera footage appears to show the taxi slowing to a stop in the hospital's car park a few minutes later, before a sudden blast takes place. A man is seen leaving the car before it is quickly engulfed in flames.

The hospital specializes in a range of women's healthcare fields, including midwifery and postnatal care, gynecology and terminations of pregnancy. It delivers around 8,500 babies and performs 10,000 gynecological procedures each year, according to its website.

Police said the motivation for the incident is unclear, and did not confirm that the hospital was the target. Jackson said police were "aware" of a nearby Remembrance Sunday event commemorating Britain's war dead.

Services around the UK held a two-minute silence at 11 a.m. local time on Sunday, moments after the explosion occurred. "We cannot at this time draw any connection with this. But it is a line of inquiry which we are pursuing," Jackson said.

He confirmed that two addresses were searched in the city following the explosion, and "significant items have been found" by officers.

The driver of the cab has been praised by Boris Johnson for preventing a larger blast, with the Prime Minister saying Monday that "it does look as though the taxi driver in question did behave with incredible presence of mind and bravery," according to PA Media.

Liverpool's mayor Joanne Anderson added to the BBC on Monday: "What an awful experience, and jumping out of the taxi, he's lucky to have escaped.

Anderson said the incident could have been far worse. "It doesn't bear thinking about, and what a heroic effort from the taxi driver," she said, praising his "quick thinking to lock the taxi and get out of the taxi."
#boris johnson  #priti patel  #johnson
Add Comment