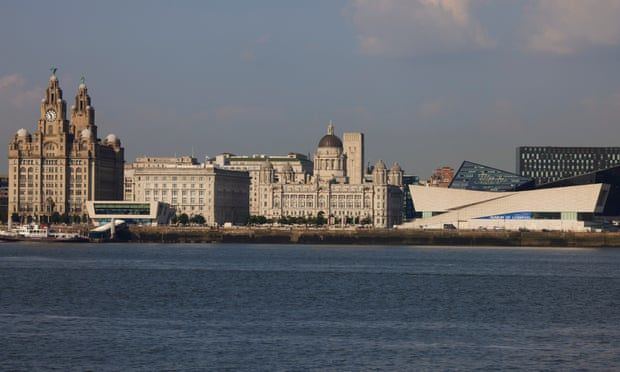 Analysis: removal of world heritage status is a humiliating moment for Britain and the UK government

The threat has loomed over Liverpool for almost a decade. With every new building, crane and construction site that appeared on its historic waterfront, there was a growing inevitability that the city would be stripped of its prized world heritage status.

Many believe the final nail in the coffin was the approval of Everton FC’s new £500m stadium at Bramley Moore-Dock. The 53,000-capacity venue will be built on derelict land that has been cut off from the city for 60 years, hemmed in by some of Britain’s most deprived streets.

Those who support the stadium idea sell it as an opportunity to pump hundreds of millions of pounds into a part of Liverpool still yet to see the benefits of a regeneration that brought the city back from its 1980s nadir. To its critics, including Unesco, the project will cause “incontrovertible harm” to a Grade II-listed Victorian dock.

It is this conundrum that lies at the heart of Unesco’s decision. The announcement, after years of to-and-fro between Liverpool and the UN body, was delivered over a shaky video livestream from Fuzhou in China. There was a grim resignation among council staff in the city’s majestic Cunard building, which was built nearly a century ago as a symbol of international prestige and sits in the heart of what was, until Wednesday, a world heritage site. 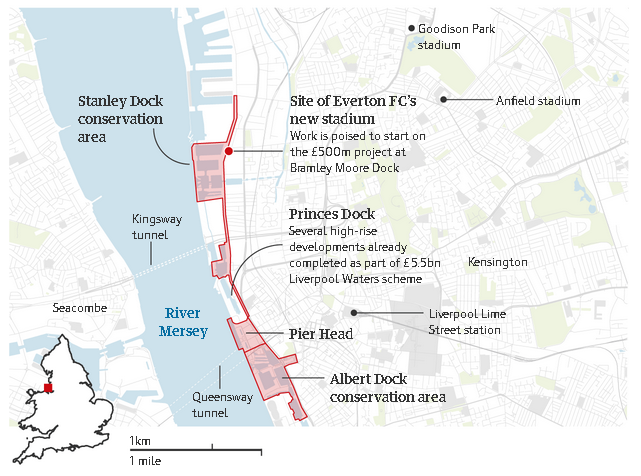 “Disappointed but not devastated,” said one town hall insider. The city’s leaders released furious statements, but the mood inside the Cunard was more sanguine: “No one wants to lose anything, but it’s not a Cinderella moment. The buildings aren’t going to fall into the Mersey and our history isn’t being edited or deleted. The people and the buildings and the city go on.”

It is, however, a humiliating moment for the UK as well as Liverpool. In the 49-year history of Unesco’s world heritage body, only an antelope sanctuary in Oman and the German city of Dresden have suffered the same dishonourable fate. It is the first time a city has been delisted for regenerating a historic landmark (Dresden was sanctioned for building a bridge on protected land, while Oman was delisted for cutting back on the habitat of the endangered Arabian oryx).

Liverpool’s world heritage certificate had not even been removed from the wall when the blame game began.

Some believe the brunt of culpability lies at the door of Liverpool city council. Under the leadership of the former mayor Joe Anderson, officials gave the green light to some of Europe’s biggest development projects, including Liverpool Waters, a £5bn Peel Holdings project to build 360,000 sq metres of office space, hotels and expensive apartments in the heart of the district.

The dream of transforming Liverpool’s waterfront into a UK version of Shanghai’s Pudong was, perhaps understandably, gobbled up by a council that has been devastated by budget cuts and a precarious reliance on tourism. It could also be argued that it is unreasonable to expect a city with Liverpool’s challenges not to build ambitiously on city centre land spanning the size of 190 football pitches.

It is, however, the UK government that has ultimate responsibility for the conservation and protection of its 32 world heritage sites. Cultural bodies have long warned that Britain has a far too hands-off approach towards its cultural gems. This may in part be because the responsibility falls between two Whitehall departments – Culture, Media and Sport, and Housing, Communities and Local Government.

But the Unesco decision should be seen as a sign that the international body is ready to act when it believes the “outstanding universal value” of Britain’s cherished sites is at risk. Liverpool’s loss is a humiliating moment for the country, but raises potentially longer-term questions about development around sites ranging from Stonehenge and the Palace of Westminster to Bath and the model village of Saltaire.