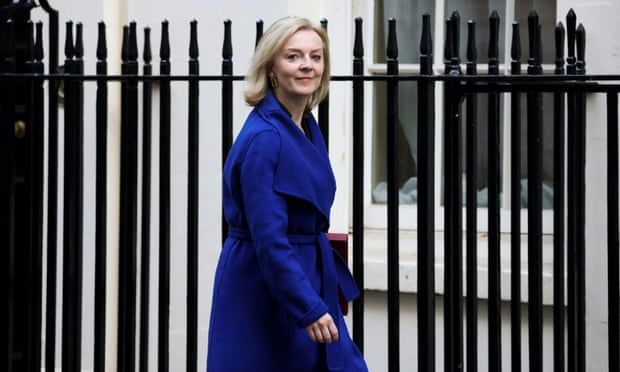 ‘Little Britain’: Chinese media weigh in on reports of spat between Liz Truss and UK envoy

An official Chinese newspaper has weighed in on an alleged spat between the British foreign secretary and the UK’s ambassador to China, suggesting Liz Truss was “a radical populist” and quoting Chinese internet users calling the UK “Little Britain”.

The alleged row between Truss and Caroline Wilson, the British ambassador to China, was first reported by the Times early this month.

A Truss ally reportedly recalled a conversation last year between her and Wilson who, according to the source, asked why the UK could not treat China “like we treat the French”. “Because the French aren’t committing genocide,” responded Truss, a reference to China’s treatment of the Uyghur population in its far-west region of Xinjiang.

On Saturday, the Mail on Sunday alleged that Wilson had sent letters to ministers who attended national security council (NSC) meetings to “effectively argue for the appeasement of China”. The article said the move “risks putting Dame Caroline at odds with foreign secretary Liz Truss, one of the most hawkish members of the cabinet”.

The allegation prompted some critics of China in the UK to call for Wilson to resign. However, her colleagues and friends told the Guardian it was “wrong to suggest she’s pro-Beijing”. One said: “She won’t sacrifice British interests as a diplomat. She’s a China expert, but she’s definitely not a ‘panda-hugger’”.

The Foreign Office said: “We don’t comment on leaks. Ultimately decisions at NSC are made by those ministers attending, not officials.” It added that ministers received letters from ambassadors updating on the situation in their countries regularly, and “this is normal practice ahead of the NSC”.

When Truss was an education minister in 2014, she visited Shanghai to learn about how Chinese pupils studied mathematics. She also oversaw the signing of a memorandum of understanding between the UCL Institute of Education and Hanban, the Beijing-based Confucius Institute headquarters. In June that year, she gave a speech at the Confucius Institute, saying that the Chinese-linked programme and its network of Confucius classrooms “will put in place a strong infrastructure for Mandarin” in the UK. 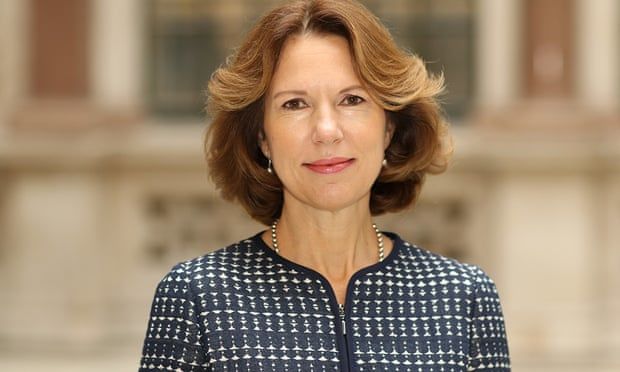 Caroline Wilson, the UK ambassador to China, reportedly asked why the UK could not treat China ‘like we treat the French’.

Last year, as trade secretary, Truss backed plans to give the British courts a role in determining whether genocide was happening in Xinjiang, a move reportedly opposed by the Foreign Office. This week, in response to the Foreign Affairs Committee’s report on Xinjiang, the government said that it is its longstanding policy “not to make determinations in relation to genocide”.

The alleged rift between Truss and Wilson was quickly noticed by Chinese media. “Wilson, as British ambassador, no doubt stands for British interests,” the nationalist Global Times wrote in an opinion piece early this week. “In a bid to slander China, the UK’s hawkish politicians represented by Truss turn black to white,” it added.

Wilson, a fluent Mandarin speaker, has been a notable figure in the China-focused social media sphere. Since her appointment as the British ambassador to China last year, she has been using her linguistic skills to impress her Chinese audience, posting vlogs and travel photos in Chinese language on Weibo to promote Sino-British collaboration. She has 36,000 Chinese followers on the Chinese social media platform.

After Beijing expelled a number of foreign journalists in March, Wilson wrote an article in Chinese defending the principle of press freedom and its value in a well-functioning society. The article did not go down well in her host country and she was summoned to the Chinese foreign ministry and accused by a senior Chinese diplomats of “ideological prejudice and double-standards”.

The Global Times also quoted the director of the institute of international affairs at the prestigious Renmin University in Beijing saying that the appointment of Truss as the foreign secretary shows that “in Britain, a hardline stance against China is its political correctness, rather than practical cooperation and attempts to achieve a win-win result.

“Chinese netizens jokingly said this is not Great Britain; this is Little Britain. The Wilson-Truss spat shows that Britain could come up with a more reckless China policy,” the Global Times said.