Attlee follows in the steps of other parliamentary moggies such as Palmerston, Gladstone and Larry

For the past few months, Westminster has been abuzz with little else other than Boris Johnson and his nine lives. Now, however, he may have a rival in that particular field: Lindsay Hoyle’s new cat, Attlee.

The feline will follow in the steps of other parliamentary moggies including the Foreign Office’s Palmerston, Treasury’s Gladstone and Downing Street’s Larry.

Although the Speaker has to resign his political allegiance, Hoyle has named the cat after the Labour prime minister from 1945 to 1951, Clement Attlee. Like many modern pet owners, he has set up an Instagram account for his cat.

Hoyle posted the announcement alongside a picture of him sat in the Speaker’s chair, holding the four-month-old Maine Coon. Attlee replaces Patrick, a fellow Maine Coon, who was named after Conservative peer Patrick McCormack. 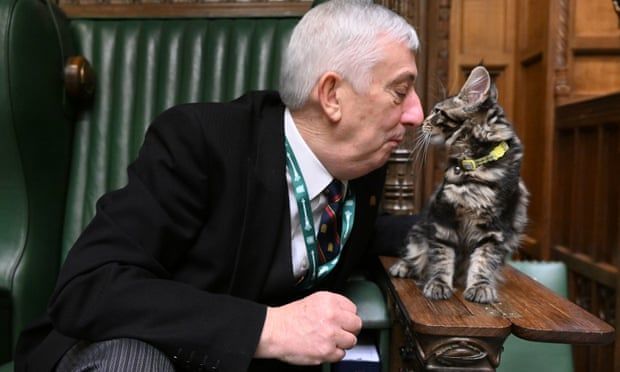 Hoyle said: “Introducing Attlee. A bold little kitten who’s brought much joy to my office and team. He brings a smile to the faces of everyone he comes into contact with on the parliamentary estate. Of course I’ll always miss Patrick, and I’m certain they both would have got along very well.”

He went on to tell Sky News: “Attlee is just the boldest, craziest life force you can imagine: he races around my office, much to the amusement of my team, and brings a smile to the face of doorkeepers, police officers, cleaners – and everyone who comes into contact with him.” 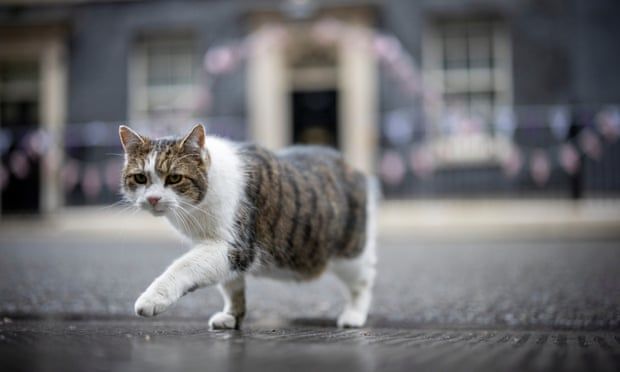 The Chorley MP is a well-known animal lover, naming some of them after political figures. He has a parrot called Boris, a tortoise named Maggie and, like Attlee, his dog Gordon was named in honour of a former Labour prime minister.

Larry, perhaps Westminster’s most popular resident, initially moved into David Cameron’s Downing Street in 2011 and was later seen getting into a street scuffle with a pigeon yards away from the prime minister’s home.

Palmerston announced his “retirement” as the Foreign Office’s Chief Mouser on Twitter in 2020.