A university has apologised for carrying out so-called conversion therapy to try and change people's sexual orientation.

The University of Birmingham commissioned a report after a man came forward to the BBC to report he had experienced the "therapy" in the 1970s.

Chris - not his real name - said he went through months of electric shock "treatment".

The university condemned the practice as "unethical, degrading, and harmful".

In 2020, Chris told the BBC that his GP referred him to a psychologist at the university when he became aware of his sexuality in his mid-20s.

He said he underwent the painful and distressing sessions many times a week and they led to more than 40 years of "extreme" post-traumatic stress disorder and poor mental health.

The report confirmed the work did take place at the university between 1966 and 1983.

Evidence of two sets of apparatus, including leads to deliver electric shocks, were found by the researchers. 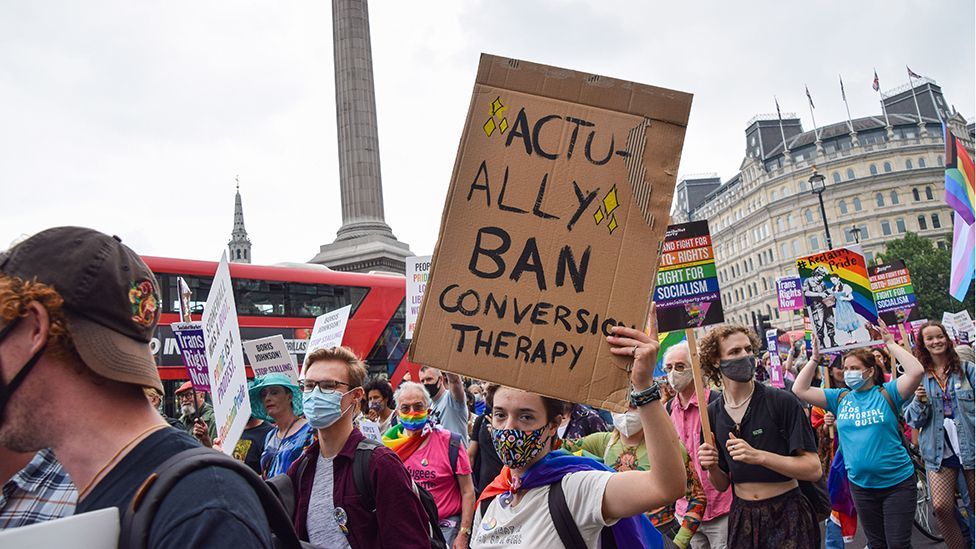 Subjects were able to look at a series of images and received a shock if they lingered too long on pictures showing so-called "sexual deviancy".

In one case, believed to be from 1969-70, the "therapy" was given to a 12-year-old boy, with his mother's consent, in an attempt to "direct the child's attention from older women to girls of his own age", the report said.

The research group said they were not able to be clarify how many people underwent the treatment at the university.

Research leader Dr Mo Moulton said there was "no moral or ethical support" for the work and "no scientific evidence to support these practices".

Vice-chancellor, Prof Adam Tickell, admitted many staff and students would be "distressed and angered" by the report's findings.

"I would like to commend the bravery of those from the LGBTQ+ [lesbian, gay, bisexual, transgender, queer/questioning] community who have spoken out about their own experience of these practices," he said.

Several recommendations have been made, including urging the university to support campaigns to ban such "therapies", which the university said it would consider.