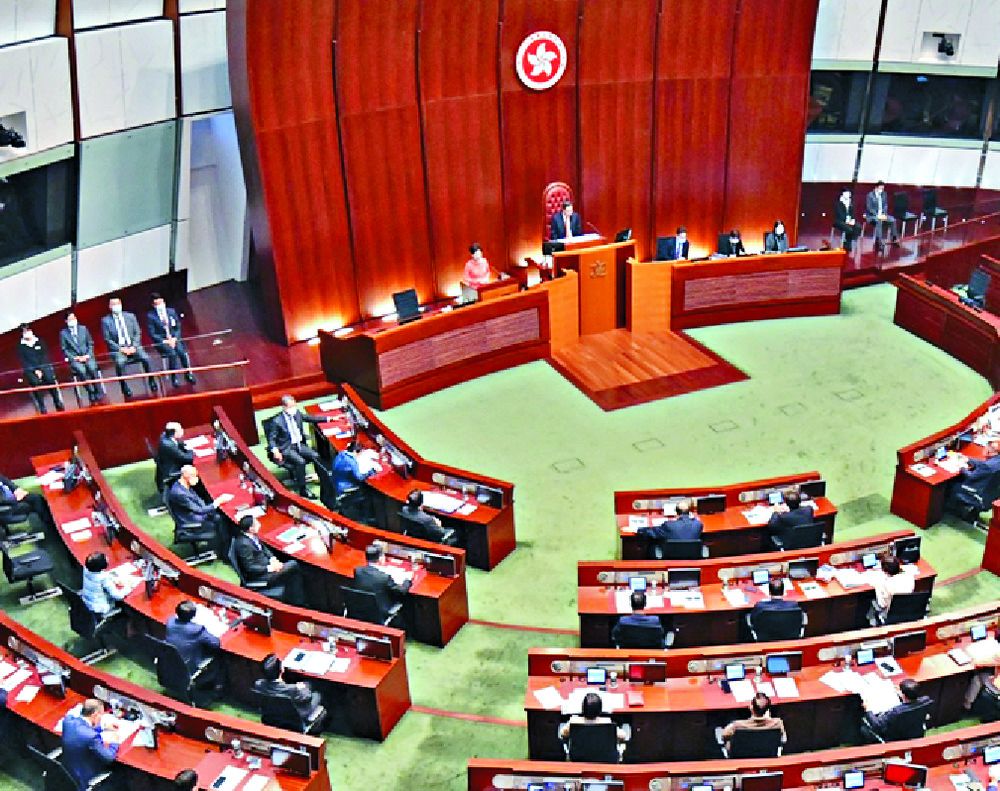 The Legislative Council chamber will appear "more solemn" with both the national and the SAR emblems hanging, says president Andrew Leung Kwan-yuen.

This follows the Legco commission's decision this week to hang both emblems in the chamber, with the installation work expected to be completed by Wednesday in time for the first council meeting.

Leung posted two photos on his Facebook page - which was newly set up on Tuesday - revealing that he and the secretary-general of the Legco secretariat, Kenneth Chen Wei-on, visited the chamber yesterday to check on progress made in the installation.

"With the national emblem of China, the chamber will appear more solemn," he wrote.

The national emblem was hung in the chamber during the oath-taking ceremony on January 3 when 90 lawmakers of the seventh term of Legco were sworn in, in accordance with the National Flag and National Emblem Ordinance.

Leung previously said it was only an arrangement made for the ceremony, and the regional emblem of the SAR would be placed back in the chamber once the ceremony is over.

But some pro-establishment lawmakers, including Dominic Lee Tsz-king of New People's Party, said the national emblem should be kept.

Three ex-officio Legco commission members of the previous Legco term - Leung, Starry Lee Wai-king and Ma Fung-kwok - later decided that both emblems should be hung after consultation with the relevant parties involved, the Legco secretariat said on Monday.

When Leung was asked about the decision after he was reelected as Legco president on Tuesday, he said there are safety and legal concerns in hanging both emblems. However, they have consulted many different parties, including the legal department of the central government liaison office, the Architectural Services Department and lawmakers.

Although he said it was not perfect that the decision did not go through the new Legco commission of this term, which has yet to be formed, Leung said many legislators showed a positive response in instant messaging chat groups.

"In particular, as I am the Legco president, having the national emblem shining on me from my back gives me a bit more confidence," Leung said.

He also said the size of the SAR emblem will be slightly smaller than the national one when displayed together.
#facebook
Add Comment 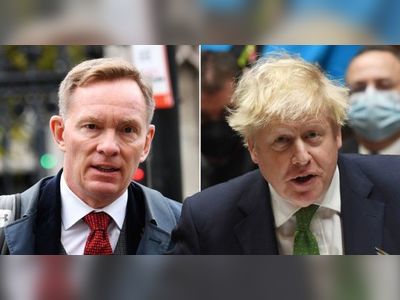 No 10's attempts to save Boris Johnson are illegal, says head of sleaze watchdog

A dozen Tory MPs are said to have accused party whips of trying to blackmail them in an attempt to keep Boris Johnson in power.

During the last week two studies have been published showing that the third shot against Covid-19 offers protection against the...
×