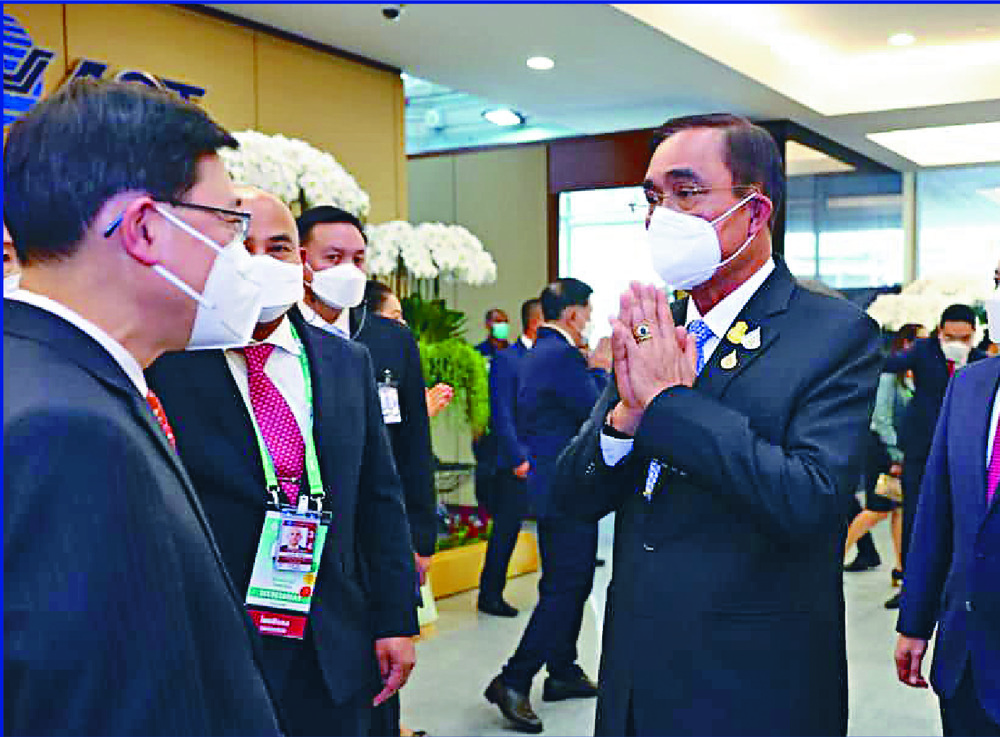 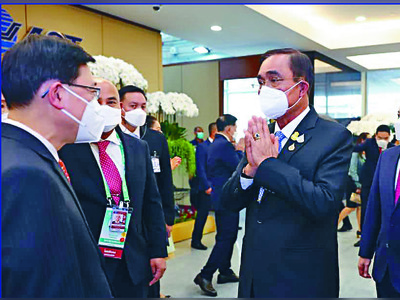 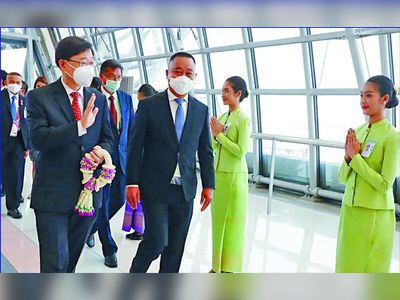 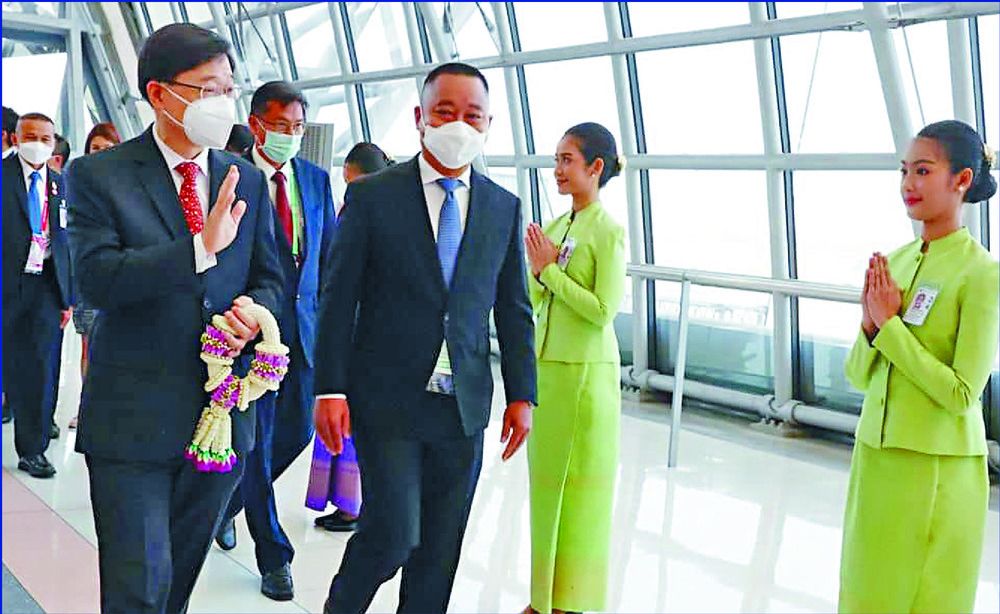 Chief Executive John Lee Ka-chiu expects to talk with President Xi Jinping in the next few days after arriving in Bangkok for a four-day trip to attend the 29th Asia-Pacific Economic Cooperation meeting - his first overseas trip since he took office as Hong Kong leader in July.

He met Xi briefly in Bangkok when he landed at the airport to kick off the visit that he claimed he would use to "tell Hong Kong's good stories."

Hours before he was greeted by the vice minister for office of the prime minister, Ronaphop Patamadis, at the airport, Lee met reporters at Hong Kong international airport.

Lee said he will announce to the world Hong Kong has opened up after three years of battling the pandemic, adding that he will participate in discussions on opening trade and investment, restoring connectivity and promoting balance, sustainability and inclusivity.

"Hong Kong has become more attractive and competitive. It will become a center for cultural and art exchanges between China and the West and it will also become a competitive and international innovation and technology center," Lee said in a social media post yesterday morning.

Lee will attend APEC meetings today and tomorrow, before leading a Hong Kong business delegation comprising of 20 high-level representatives from different sectors to meet with Thai business leaders and finally he will visit major corporations in Bangkok to enhance bilateral trade and business cooperation with the country.

Speaking to reporters at the hotel, Lee said he welcomed President Xi when he arrived in Bangkok.

"I welcomed President Xi at the airport. We will no doubt be able to meet and talk during the conference discussions," he said, adding that he will await the organizers' notices regarding whether he will be able to speak with Xi at mealtimes.

Asked whether he talked to Xi about any specific matters at the airport, Lee said he only exchanged greetings with the president, who had just arrived from the G20 summit in Bali, where he met with other world leaders to address global political issues.

Lee also said he met with Chinese ambassador to Thailand Han Zhiqiang and Thailand's Prime Minister Prayut Chan-O-Cha when he touched down and then visited representatives from the Hong Kong Economic and Trade Office in Bangkok and the Chinese Chamber of Commerce in Thailand.

"I spoke to the Thai Prime Minister Prayut and told him about Hong Kong's revival. I hope the people and cultures of both places can interact and that we can cooperate in different ways," Lee said.