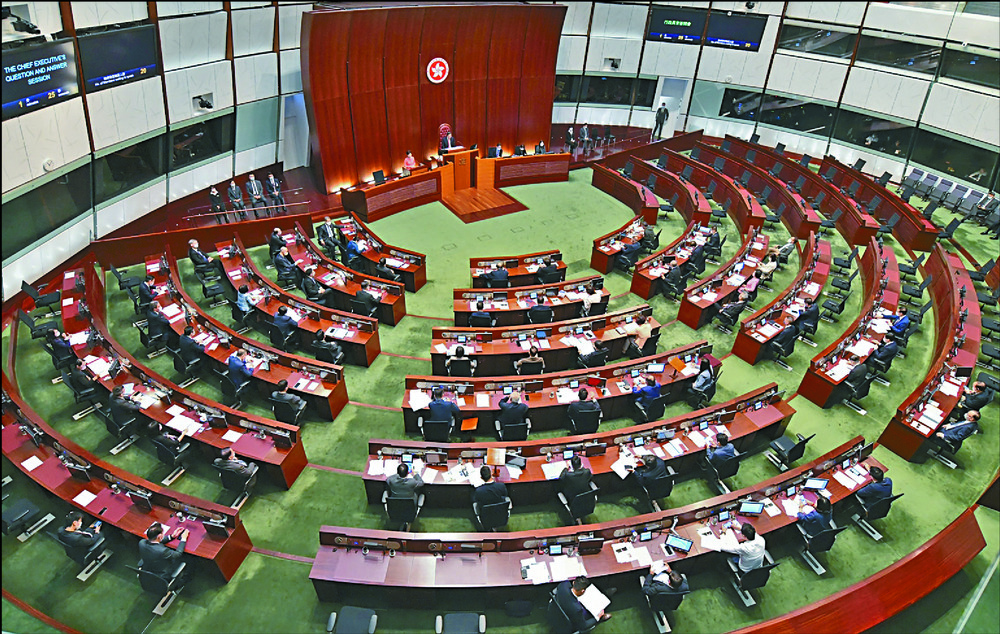 Landslide on cards for establishment camp

After the electoral changes, Hong Kong will be divided into 10 geographical constituencies, with each constituency electing two lawmakers under the single non-transferable voting system, replacing the proportional representation system that was being used before.

Choy, senior political lecturer from the Chinese University of Hong Kong, told The Standard that the new single non-transferable voting system is beneficial to the two main camps within the city as they can each get one seat within a geographical constituency.

"But the non-pro-establishment candidates are not that appealing to voters as they are lesser-known, and surveys also showed that the majority of pro-democracy supporters do not support members from the camp to stand in the December elections," Choy said.

"That would mean that the drop in voting rate is likely to be caused by the absence of pro-democracy supporters, therefore it is likely that the pro-establishment camp can snatch all two seats in a geographical constituency," he added, "The lower the voter turnout rate, the more it is disadvantageous to the non-pro-establishment candidates."

Pro-democracy supporters were in fact among the first 4.7 million voters to cast their ballots after Beijing overhauled Hong Kong's electoral system in March this year.

Cheung Chi-kong, Hong Kong deputy to the Chinese People's Political Consultative Conference, wrote in a commentary yesterday that candidates labelling themselves "non-pro-establishment" might be "very problematic."

"Those who refuse to support the establishment that is built on the 'One Country, Two Systems' principle ... might not even get through the Candidates Eligibility Review Committee's screening," Cheung said.

"You can label yourself 'pro-democracy,' but you must also be pro-establishment," he added.

Cheung also said it is totally within expectations that the voting rate will not be high after Beijing swept the opposition out of legislature, and he expects 20 percent of registered voters will cast their ballots on December 19.

Cheung also said the voting rate under the new electoral system will not affect the patriotic camp's election results, so it will solely remain a topic for academic discussions or a family chat topic.

After the electoral changes, the number of directly elected seats were slashed from 35 to 20, with five original geographical constituencies re-divided into ten with two lawmakers each.

Instead of a proportional representation voting system that was used in elections since Hong Kong's handover in 1997, a single non-transferable voting system will be used in future elections.

A few districts are also split into half and belong to different geographical constituencies, including Wong Tai Sin, Yuen Long and Shatin.