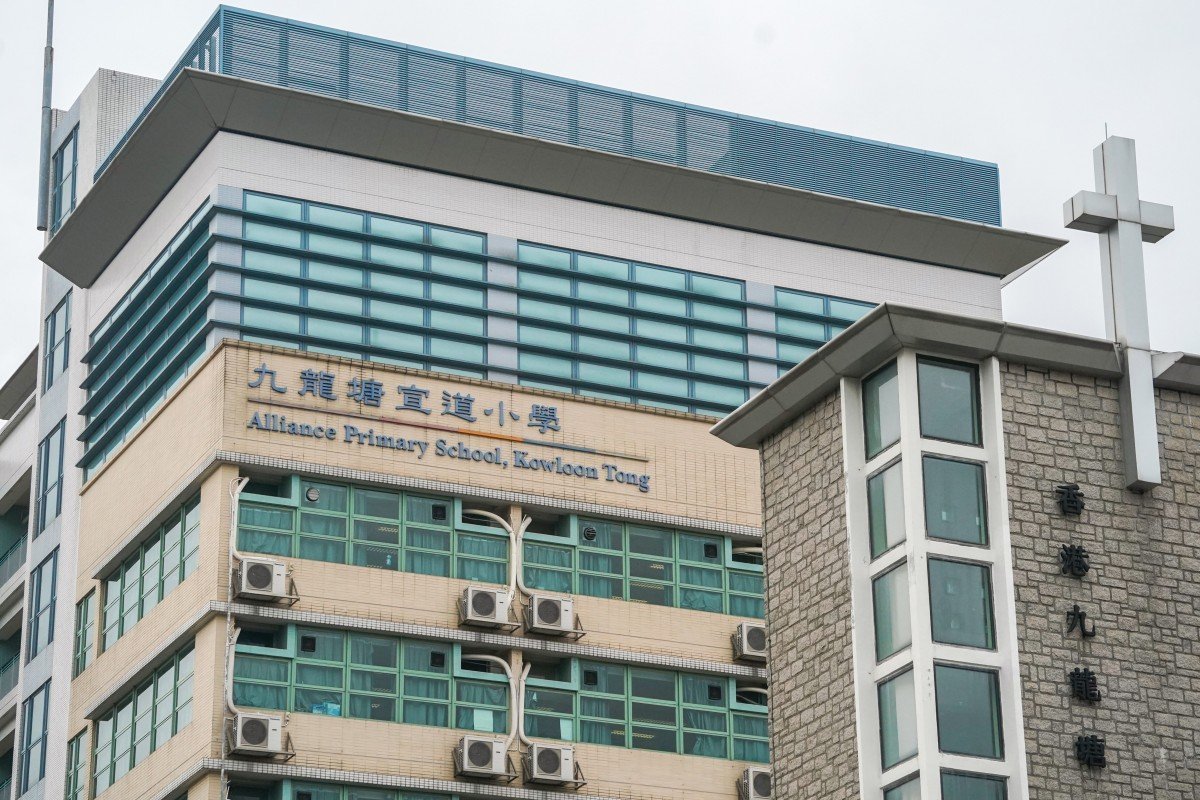 City leader vows to remove ‘bad apples’ from profession as she accuses some teachers of smearing Hong Kong and Beijing officials.

Chief Executive Carrie Lam Cheng Yuet-ngor has pledged to “weed out the bad apples” from the teaching profession, after a primary school educator became the first to be struck off for “promoting Hong Kong independence” in the classroom.

The city leader said on Tuesday that her Secretary for Education Kevin Yeung Yun-hung had removed the teacher from the professional register following a “thorough probe”, adding he would provide more details on the case in the afternoon and respond to concerns over his bureau’s handling of protest-related
complaints against teaching staff.

Lam also backed her education department over how it dealt with those in the profession she accused of seeking to smear Beijing, the Hong Kong government and police.

“I fully support the Education Bureau, secretary for education, and his colleagues, who have in the past years dealt with all complaints against teachers seriously and solemnly, including the anonymous ones,” Lam said at her weekly press briefing. “This work will continue to weed out all the bad apples in the education sector.”

The Education Bureau revealed late on Monday that the teacher – who has now left his job at the private Alliance Primary School in Kowloon Tong – had been taken off the register for “purportedly spreading the idea of Hong Kong independence” in violation of the Basic Law, the city‘s mini-constitution.

Titled “The Inviolable Red Line” and circulated online, the worksheet starts by asking pupils to define what freedom of speech is.

The second question requires the students, who are aged about 11, to comment on the reasons for proposing Hong Kong’s independence, based on the video they were shown. The paper does not identify the recording played to the pupils.

In one pupil’s answers, he lists possible motivations for supporting the city’s independence as: the uncivilised behaviour of mainland China tourists, parallel trading, the deterioration of Hong Kong’s freedom, and Beijing’s move to impose a restrictive framework for universal suffrage.

That pupil also refers to what is described as the manipulation of the city’s elections and the erosion of some of the legislature’s functions by “Sai Wan”, a term commonly used to refer to Beijing’s liaison office in Hong Kong.

The third question asks students about a remark made by Taiwanese director Fu Yue when he received his award at the Golden Horse Film Awards for his documentary Our Youth in Taiwan in 2018.

The film chronicled the anti-mainland Sunflower Student Movement in Taiwan six years ago. In his speech, Fu said his biggest wish was to see the self-ruled island treated as “an independent entity”. 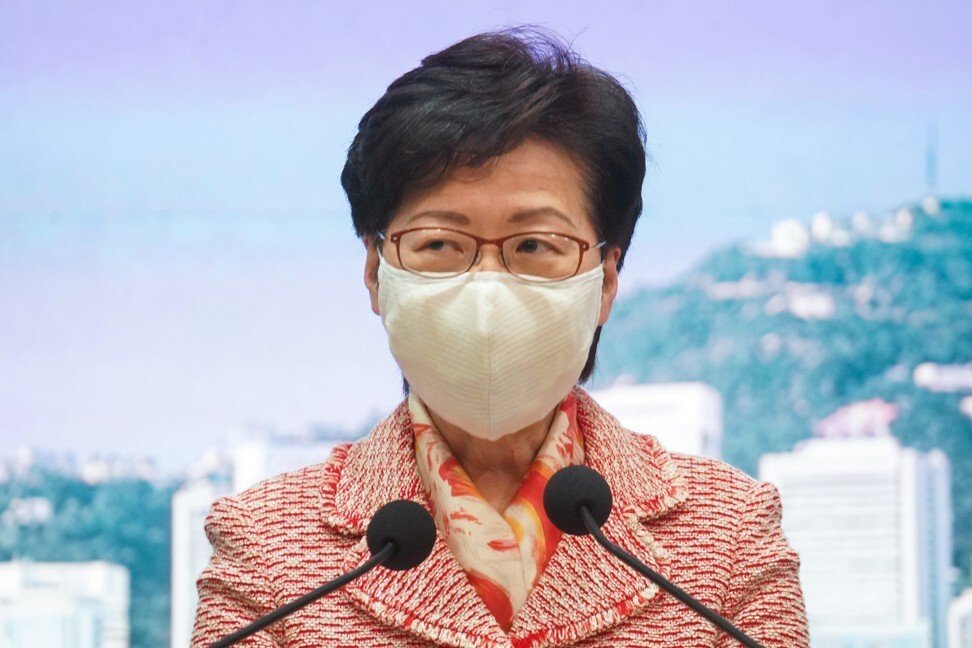 Speaking before her weekly meeting with her de-facto cabinet, Lam said: “This is a very serious case … We do not allow independence and other unlawful ideas to creep onto campuses … through teaching materials, in-class teaching, exam questions and extracurricular activities.”

The chief executive also noted it marked the first time a city teacher had their registration rescinded because of professional misconduct.

She added the problem of teachers politicising the school environment was nothing new, although previous administrations had sought to avoid the sensitive topic – a comment likely to be interpreted as a swipe against Leung Chun-ying, her predecessor who is challenging in court her government’s approach to dealing with teachers found guilty of misconduct.

“The administrative government today will go against all odds,” she vowed.

But she assured that such teachers formed a small minority and urged the wider public not to lose confidence in the city’s education system.

In a statement, the board of governors at the primary school in Kowloon Tong involved said it would not comment on the case for privacy reasons, as the teacher had left his job.

“The school has a mission to spread the gospel through education and strives to keep the campus politically neutral,” it said.

The principal and vice-principal of the school have also been reprimanded by the bureau, which accused them of lax supervision.

Parents there have given a mixed response to the decision. The grandfather of a Primary One pupil, surnamed Geng, said he supported the bureau’s decision if the teacher “cannot guide students correctly”.

“But I won’t [lose confidence] in the school. It’s the problem of a few people, which I don’t think will affect the whole school.”

Another father said he found the bureau’s move “too severe”, adding he still supported the school despite the incident.

“The teacher was only trying to let pupils learn that there are different opinions in society after viewing the TV programme,” he said.

“I think it got a bit too far when [the principal and vice-principal also got reprimanded], based on just one worksheet.”

Officials did not reveal the name and the school of the teacher when reporting the development late on Monday night. 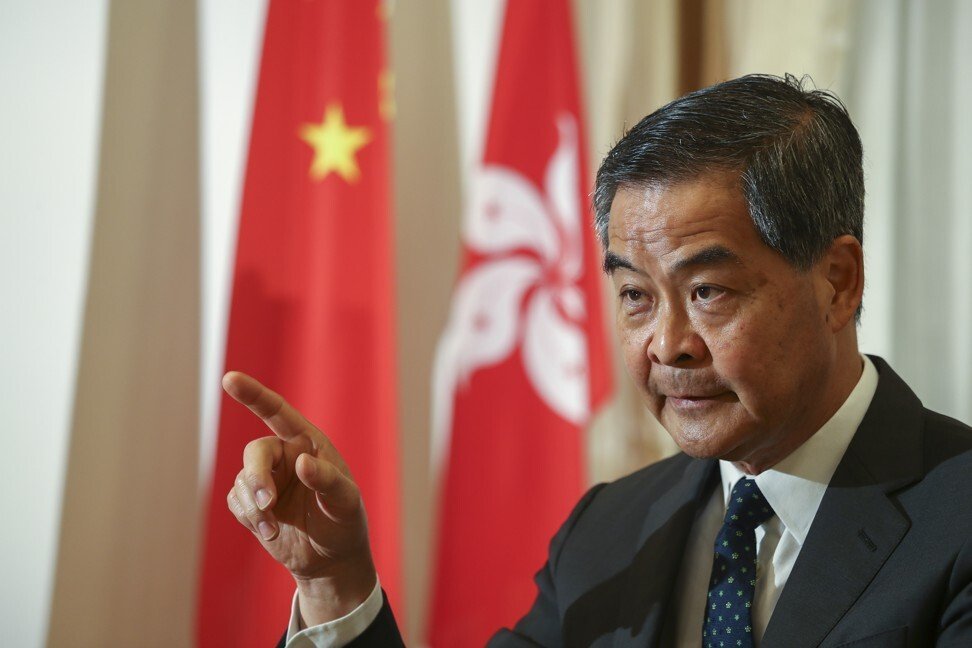 In a Facebook post, Leung – who last week applied for a judicial review to force the bureau to identify teachers found guilty of misconduct – called on the teacher at the Kowloon Tong school to “reveal himself”, while also renewing calls for the bureau to disclose the names and schools of all teachers involved in wrongdoing.

While a bureau spokeswoman said the teaching materials were “biased and twisted”, the 100,000-strong Professional Teachers’ Union said stripping the teacher of his registration was “unreasonable”, adding it was helping him lodge an appeal.

Lam was also asked about posters found on university campuses appearing to breach the national security law that Beijing imposed in June to target secession, subversion, terrorism and collusion with foreign forces.

Referring to the legislation, she said: “It demands all schools, universities, social groups, including the press and social networks, to enhance the promotion and education for national security.”

Lam added the education chief was to open talks with universities to discuss the matter.