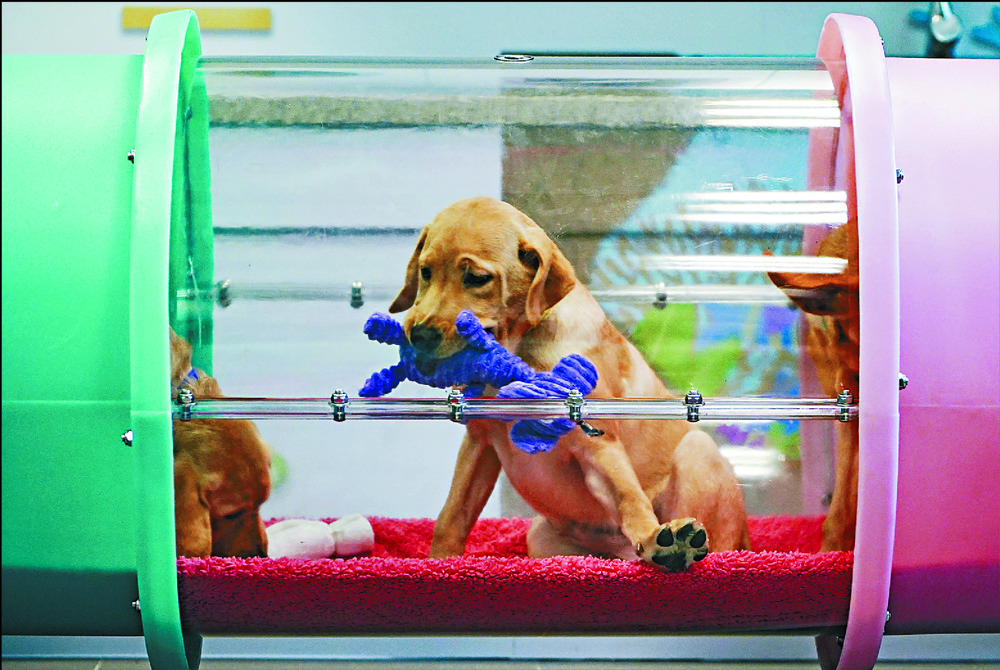 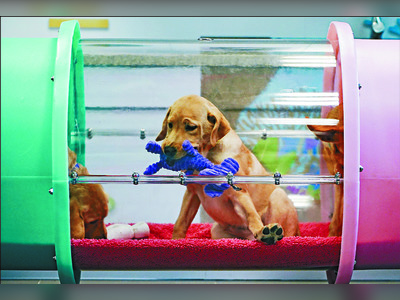 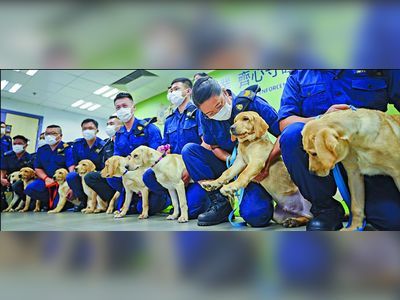 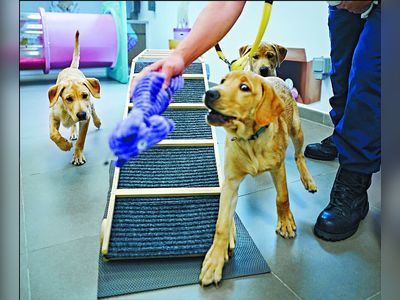 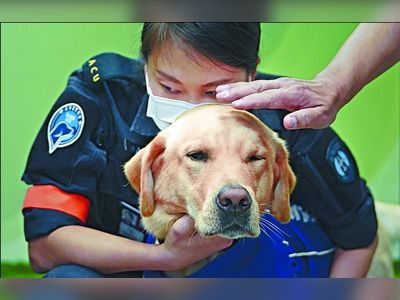 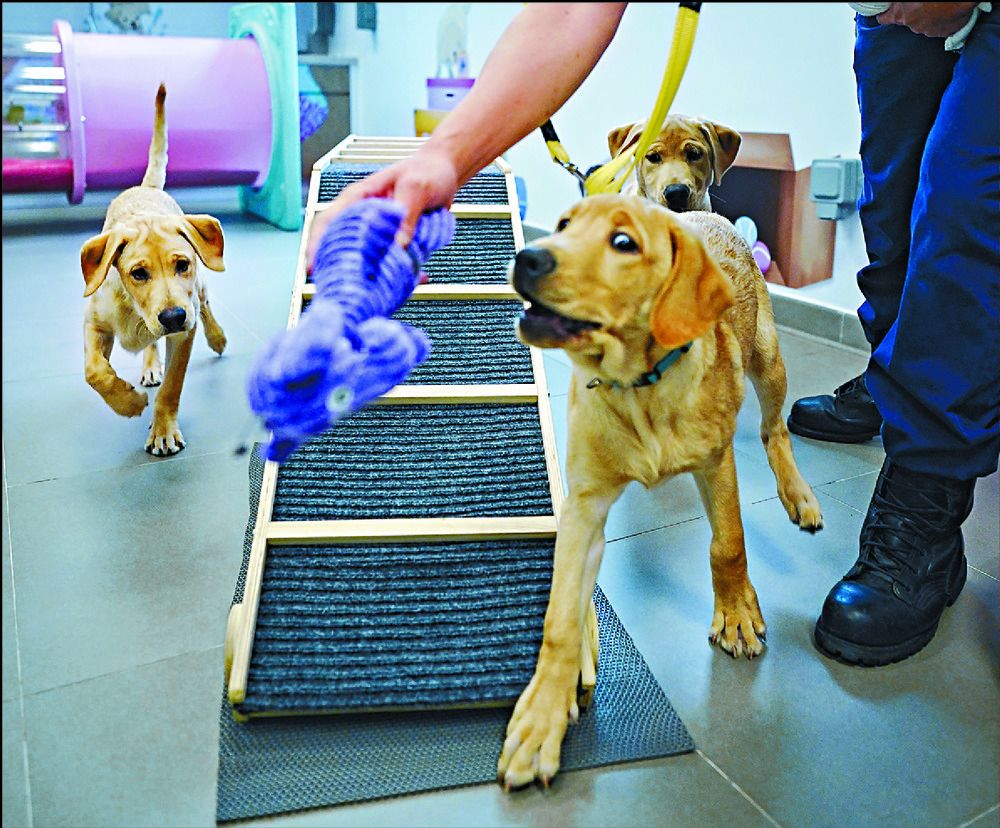 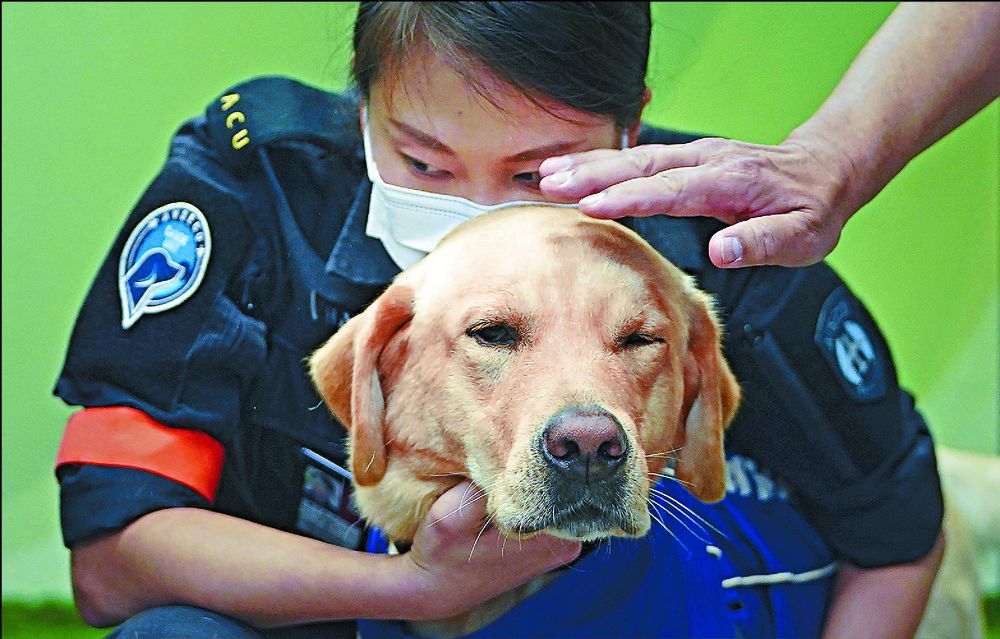 Eight four-month-old Labrador Retrievers bred locally by customs and Aviation Security Co will become the next batch of "Hong Kong defenders" for detecting illegal items like firearms, drugs and cigarettes.

Avseco will get two of the dogs in eight months to detect firearms, with the rest going to customs.

It is the first time the Customs and Excise Department has cooperated with Avseco, which has worked with other disciplined forces since 2016, to breed detection dogs.

"In the past, procuring detection dogs from overseas suppliers involved expenses, including purchasing, transportation, training, etcetera. We also had to bear the risk their physical condition might not be as good," Wong said, adding the switch ensures a stable supply.

In terms of figures, Wong said 70 percent of Customs, the Fire Services Department and Avseco's new canines in the past three years have been locally bred.

The mother of the eight, Rosie, is a customs drug sniffer dog while her partner Hugo ferrets out firearms with Avseco. Their litter are Dolly, Elly, Faddy, Eagle, Nico, Dolby, Hunter and Kilo, forming "DEFEND HK."

The couple were chosen based on age, body condition, willingness to work, and ability to smell to give the breeders a sniff at producing top-notch offspring.

Rosie, the mother, gave birth on February 5, forcing those in charge to give up their Lunar New Year break.

Rosie experienced labor pains for 24 hours and the officers had to stay with her all day.

"It felt like I was a father-to-be, accompanying my wife to give labor in the delivery room," said Astor Wong Kwan-san, Rosie's handler.

The puppies are now undergoing game-like training aimed at cultivating courage and familiarizing them with their future working environment.

When they turn nine months to one years old, formal courses of 10 to 12 weeks await to get them to detect items like drugs, firearms, banknotes and cigarettes and, depending on how they fare, more training to get them to be specialized before they are deployed.