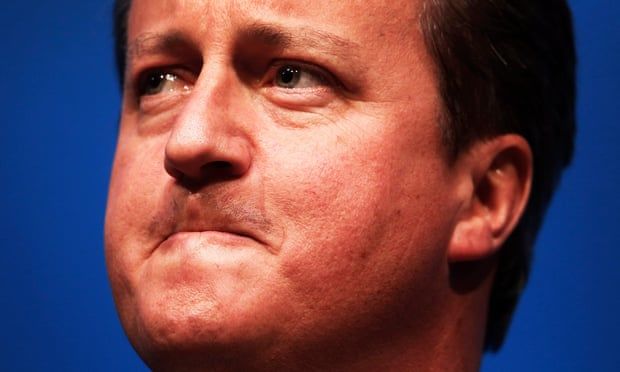 Former PM said to have contacted Jesse Norman, financial secretary to the Treasury, to access financial support for Greensill

The former prime minister is said to have contacted Jesse Norman, financial secretary to the Treasury, at the same time as chancellor Rishi Sunak, to lobby for support payments for a firm he worked for, according to the Times.

Cameron was allegedly trying to access government business support for the finance company Greensill, where he was working as a senior adviser. It has been speculated that he had share options worth $60m (£44m).

The shadow chancellor, Anneliese Dodds, said that Sunak “can’t keep passing the buck”. “It appears Greensill had the run of his department, putting public money and jobs at risk,” she said. “The chancellor needs to provide full details of which ministers were lobbied by David Cameron and when – and quickly.”

Norman was known to Cameron, having served as a policy adviser in Downing Street from 2013, and joined the Commons at the start of the coalition government in 2010.

Norman was not responsible for the coronavirus support schemes, but had an influential role in the Treasury’s response to the pandemic and was the minister responsible for the tax system and HM Revenue and Customs. He is married to Kate Bingham, who chairs the government’s vaccine taskforce.

Representatives of Greensill are understood to have had 10 calls with senior officials at the Treasury between March and June 2020. According to the Times, when the officials rejected Greensill’s request, Cameron contacted Sunak and Norman directly to try to persuade them to make the rules more flexible.

The lobbying does not appear to have been successful; both men reportedly referred the matter back to officials and did not change the decision. Greensill collapsed into insolvency in March 2021.

It comes after reports that the former prime minister lobbied his ex-colleagues in Whitehall to try to access the funds.

Cameron has been accused of breaching his own laws on lobbying. Under legislation brought in by his government, anyone who directly lobbies ministers or senior officials for payment on behalf of a third party in return for payment must sign up to the government’s official register of lobbyists. Those who fail to do so can face a £7,500 civil penalty or even criminal prosecution.

The Register of Consultant Lobbyists investigated Cameron’s lobbying of Sunak, but found that the former PM did not breach the rules.

Kwasi Kwarteng, the business secretary, insisted that Cameron had done “absolutely nothing wrong” in his work for Greensill.

Cameron could not be reached for comment, and has not spoken publicly about his work for Greensill.
#vaccine  #coronavirus
Add Comment