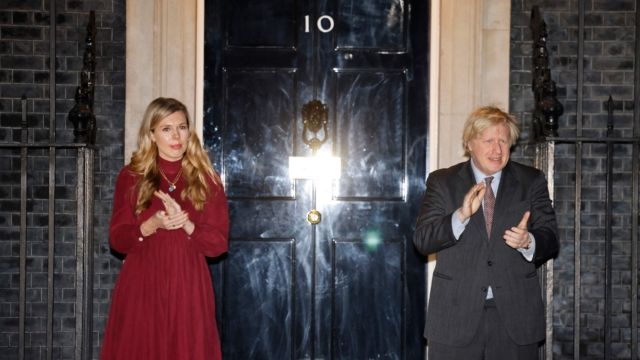 Labour has accused Boris Johnson of lying over who paid for renovations to his Downing Street flat.

Pressure is growing on the PM to reveal details after his ex-adviser, Dominic Cummings, claimed he planned for donors to "secretly pay" for the work.

Mr Johnson's spokesman has refused to say whether the PM received a loan to cover the costs.

But shadow health secretary Jonathan Ashworth has demanded a "full and frank" explanation from Mr Johnson.

While it is not against the rules to receive donations, politicians must declare them so the public can see who has given them money and whether it has had any influence on their decisions.

On Monday, amid reports Tory donors had loaned Mr Johnson the cash for the renovations, the prime minister told reporters "any declaration to be made" would be done in "due course".

His spokesman also said the refurbishment costs "have been met by the prime minister personally".

But there has yet to be a declaration from Downing Street showing exactly how the works were paid for.

"To be honest he lied yesterday - that's not good enough."

On Tuesday, Mr Johnson's spokesman said the PM "fully complies" with all the rules, adding: "Any costs of the wider refurbishment in No 10 have been met by the prime minister and he has acted in accordance with the appropriate codes of conduct and electoral law."

But the spokesman refused to say if a statement in March from Mr Johnson's former press secretary - who said "Conservative Party funds are not being used to pay for any refurbishment of the Downing Street estate" - was incorrect.

Labour has now written to the Cabinet Secretary, Simon Case, asking for an investigation into whether the press secretary, Allegra Stratton, "knowingly misled" journalists as part of a larger inquiry it wants into the flat renovations.

Meanwhile Sky News and the Guardian have reported that last July former Labour Chancellor Alistair Darling was approached by government officials about sitting on a trust to handle the Downing Street refurbishment - but he reportedly rejected the offer fearing it risked giving donors influence.

Lord Darling is also reported to have argued that the state should be responsible for the maintenance of government buildings.

Mr Johnson is facing a series of claims and questions over his conduct.

Among them is an accusation the PM suggested he would rather see "bodies pile high" than approve a third lockdown, which sources familiar with the conversations have told the BBC he said.

Mr Johnson and No 10 strongly denied he said the phrase, as the PM described multiple reports as "total rubbish".

The comment was first reported in the Daily Mail - but later, the BBC and ITV separately reported sources confirming Mr Johnson did make the remarks.

The No 10 spokesman did not deny that Mr Johnson said he would rather let coronavirus "rip" than impose tighter restrictions.

Separately, the High Court has also decided to look into Mr Johnson's decision that Home Secretary Priti Patel did not break Whitehall rules over bullying.

Leaders of six opposition parties in the Commons met Commons Speaker Sir Lindsay Hoyle on Tuesday to express their "deep concerns" that the reputation of Parliament was being "endangered by the routine and systematic lack of truthfulness in statements made by the prime minister".

In British politics, to accuse an opponent of lying is a big charge and one deployed relatively rarely in public.

And so for Labour to do so is significant, as critics point to what they see as a pattern of behaviour from Boris Johnson, a consistent unwillingness to tell the truth - something No 10 disputes.

There are a wheelbarrow full of questions - some connected, some not - all of which coalesce around the prime minister's integrity.

On Monday, three major news organisations - the BBC, ITV News and the Daily Mail - did something unprecedented in recent times.

Despite the PM's outright denial on camera, all three reported that sources familiar with the conversations had heard Mr Boris Johnson say, last autumn, that he would rather see "bodies pile high" than take England into a third lockdown.

It's impossible to tell if all this will change how anyone might vote in next week's elections.

But few would dispute the government would much rather the focus be on anything else than ongoing questions about its own probity.

A statement from Downing Street after Tuesday's Cabinet meeting said ministers discussed a range of topics, from sending support to India through to updates from Northern Ireland.

But there was no mention in the statement of the ongoing questions facing Mr Johnson, which instead offered a warning on coronavirus that the UK was "not out of the woods yet as variants of concern continue to pose a threat".

It added: "The PM said that while the road ahead looks positive, there will still be challenges and this government will continue to take tough decisions where necessary to protect both lives and livelihoods." 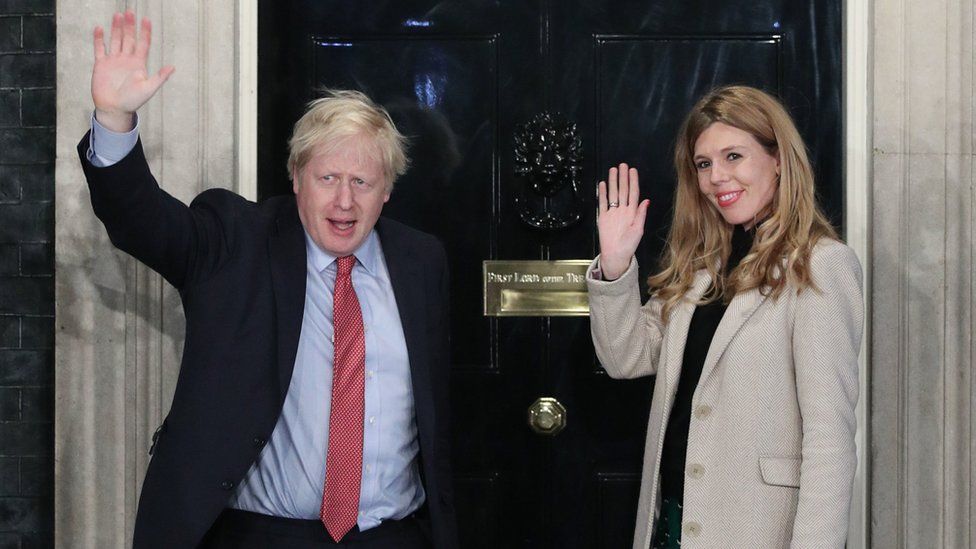 The PM and Ms Symonds carried out works on the flat above No 11 after moving in when Mr Johnson became prime minister in July 2019.

A number of previous prime ministers have chosen to live in that flat rather than the one above No 10 as it is bigger.

The PM receives an annual public grant of £30,000 to carry out renovations to the private residence each year - but reports from newspapers suggested the bill could be as high as £200,000.

The government has insisted that Mr Johnson paid for the refurbishments out of his own pocket.

But his former adviser, Mr Cummings, wrote a blog last week, claiming the PM once planned to have donors "secretly pay" for the work on his flat.

He described the move as "unethical, foolish, possibly illegal and almost certainly broke the rules on proper disclosure of political donations if conducted in the way he intended".

'Something fishy going on'

Labour's Mr Ashworth told the BBC any loans or donations "should have been declared by now".

"There's a reason why we have rules around donations and loans to government ministers. Boris Johnson has to offer a full and frank explanation. He has to be transparent.

"If he has nothing to hide he's got nothing to fear - but, so far, his behaviour suggests something fishy is going on."

But Transport Secretary Grant Shapps defended the PM, saying the way the works on the flat was paid for has "all been done absolutely correctly" - although he would not answer questions on the reports of a loan.

He added: "There will be a Cabinet Office report when they put out their annual accounts and everyone will be able to see exactly what happened." 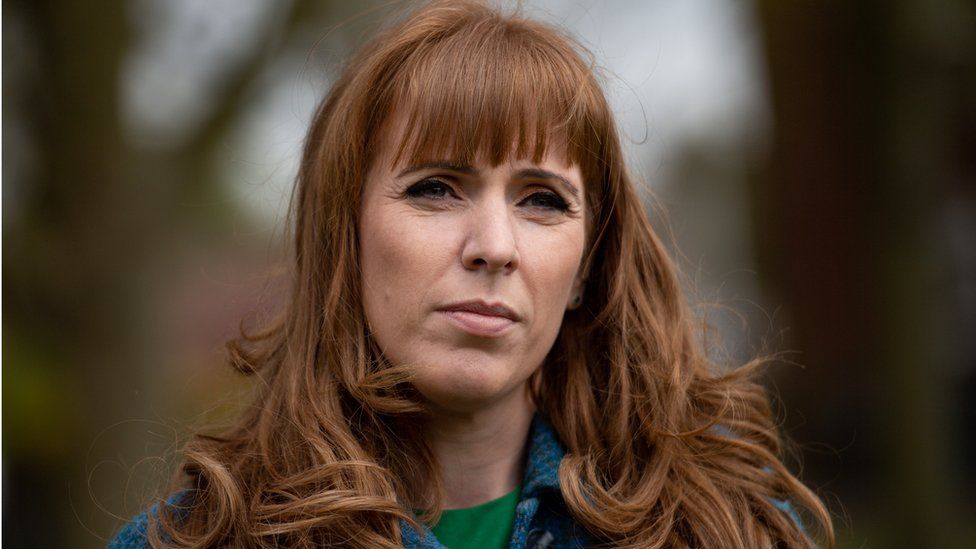 BBC political editor Laura Kuenssberg said the opposition believed the furore was starting to be noticed by voters - and one cabinet minister told her "there's nothing we can do to control it".

Labour has called for a full inquiry into the cost and financing of the renovations, with the party's deputy leader, Angela Rayner, saying the PM was "just not coming clean with the public".

She added: "We believe that he's potentially broken the rules. His previous senior adviser has accused him of being unethical and potentially unlawful.

"Why are you not telling people where this money has been coming from and who's paid for your luxury flat?"

On Monday, the UK's top civil servant, Mr Case said the prime minister had asked him to review how a refurbishment of the No 11 flat was funded.

Mr Case also confirmed a probe was still ongoing into leaks pre-empting the official announcement of a second lockdown in England, but he admitted a culprit for the unauthorised disclosure may never be found.

And he said steps were being taken to tighten the rules around civil servants having second jobs in the wake of a row over the now-collapsed Greensill Capital, which employed ex-PM David Cameron.

But when it came to the flat, senior Conservative backbencher Sir Charles Walker told BBC Two's Newsnight he "doesn't really care" about the flat funding issue "as long as my constituents didn't pay for it".

However, former Conservative leader William Hague issued a warning not to "dismiss the latest allegations of sleaze as a fleeting problem", writing an opinion piece for the Times saying a trail of digital evidence "is one of several reasons the government should worry about the latest accusations of impropriety".