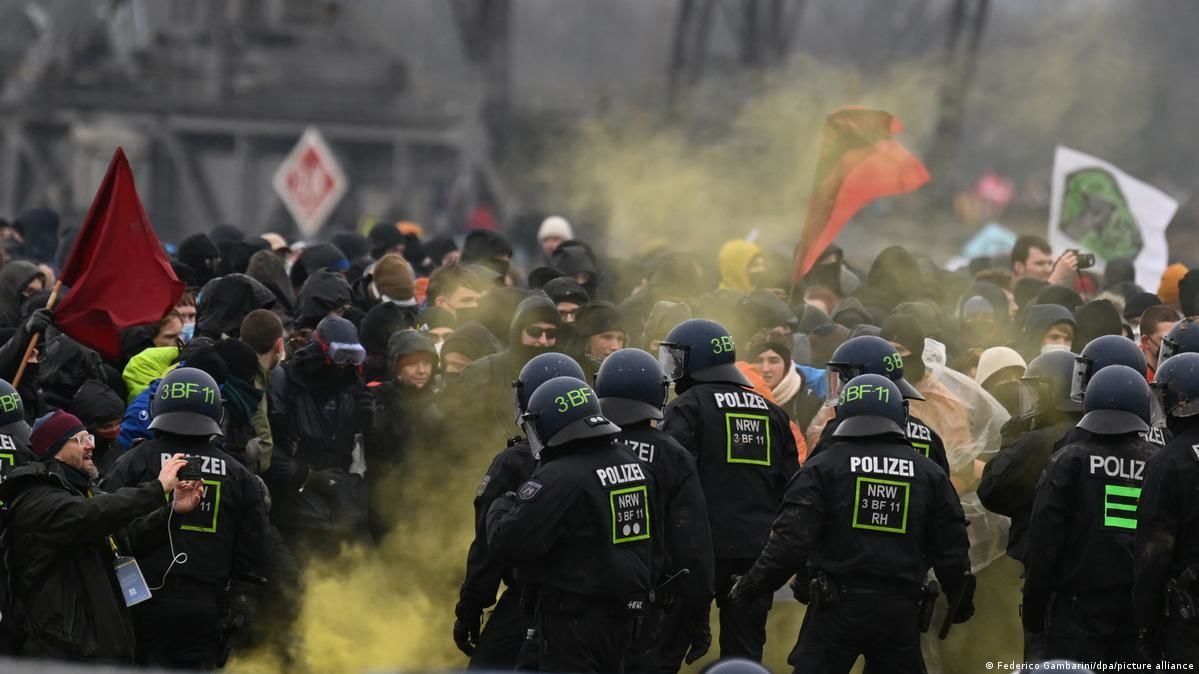 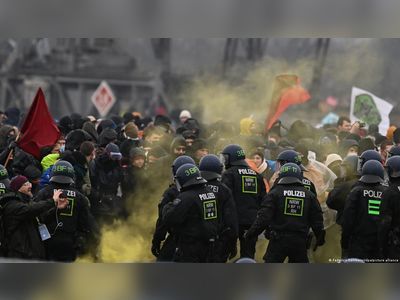 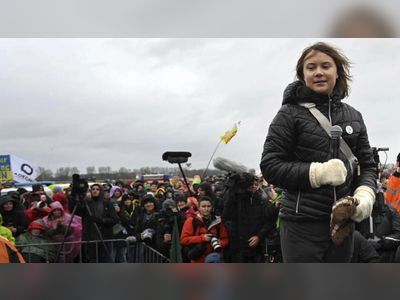 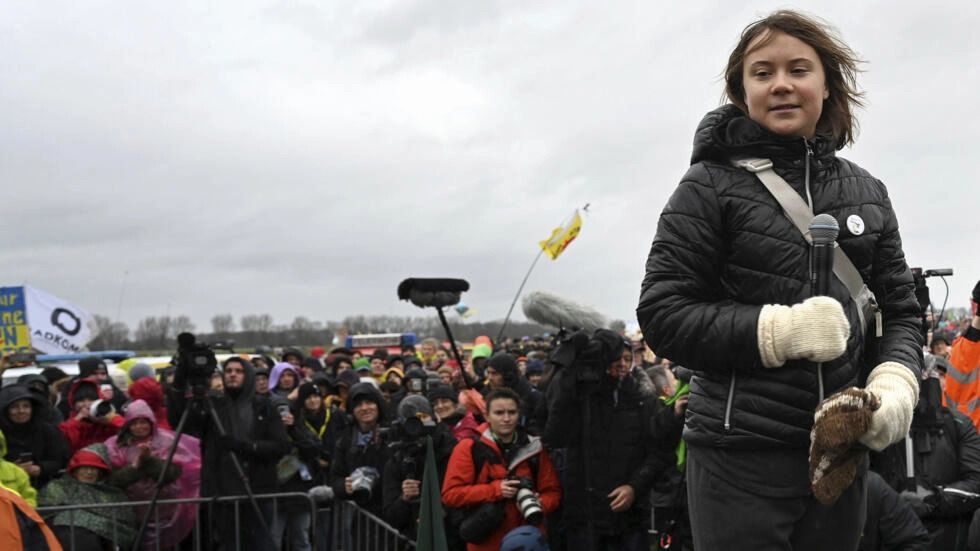 German police clashed with climate activists at the village of Lützerath on Saturday, as the standoff between authorities and activists dragged on for a fourth day.

Police had been working to clear activists from the site to make way for the demolition of the village.

Lisa Neubauer of the Fridays for Future organization told the German Press Agency that police had used pepper spray on activists in isolated occasions.

German police also sent a water cannon to disperse protesters at the site.

Earlier on Saturday, regional police said that barriers had been broken and urged people to leave the area.

"The police barriers have been broken. To the people in front of Luetzerath: get out of this area immediately," police said.

"Some people have entered the mine. Move away from the danger zone immediately!"

Activists and protesters began assembling for a major demonstration at noon, with a standoff between authorities and activists in attendance.

"This is a betrayal of present and future generations... Germany is one of the biggest polluters in the world and needs to be held accountable," Thunberg said on a podium at the protest.

"The coal that is in the ground here will not lower prices immediately. Anyone who thinks like that is simply out of touch with reality," she said.

Around 6,000 protesters participated in the demonstration, according to a police estimate.

In nearby Keyenberg, thousands also protested against plans by RWE to mine the site for coal.

What do we know about the clearance of Lützerath?

Police said most of the western German village has been cleared of activists "above ground," a spokesperson said on Saturday morning. But several are still occupying 15 structures, both underground and in treehouses.

Some 470 people have been removed from the site, with 320 having done so voluntarily, according to the police.

The demolition of the village of Lützerath is part of a compromise deal the German government struck to push the country's planned coal power phase-out up by eight years to 2030.

As part of the deal, RWE was allowed to expand its vast Garzweiler II open-cast mine into Lützerath, which would unearth some 280 million tons of coal.

Swedish climate activist Greta Thunberg arrived in Germany on Friday and joined activists on the site. She criticized the German Green Party for its support of Lützerath's demolition.

The Green Party is part of the German federal governing coalition, along with the Social Democrats and the Free Democrats, but it is also in a coalition on the state level in North-Rhine Westphalia, the state where Lützerath is located.

Greens member and German Economy Minister Robert Habeck defended the village's demolition, arguing that the coal underneath is needed to maintain energy security in the current crisis brought on by the Russian war in Ukraine.

Making deals with fossil fuel corporations like RWE "show where their priorities are," Thunberg told dpa in an interview.

"The coal that is in the ground here will not lower prices immediately. Anyone who thinks like that is simply out of touch with reality," Thunberg said in response.

Charlie Munger, calls for a ban on cryptocurrencies in the US, following China's lead