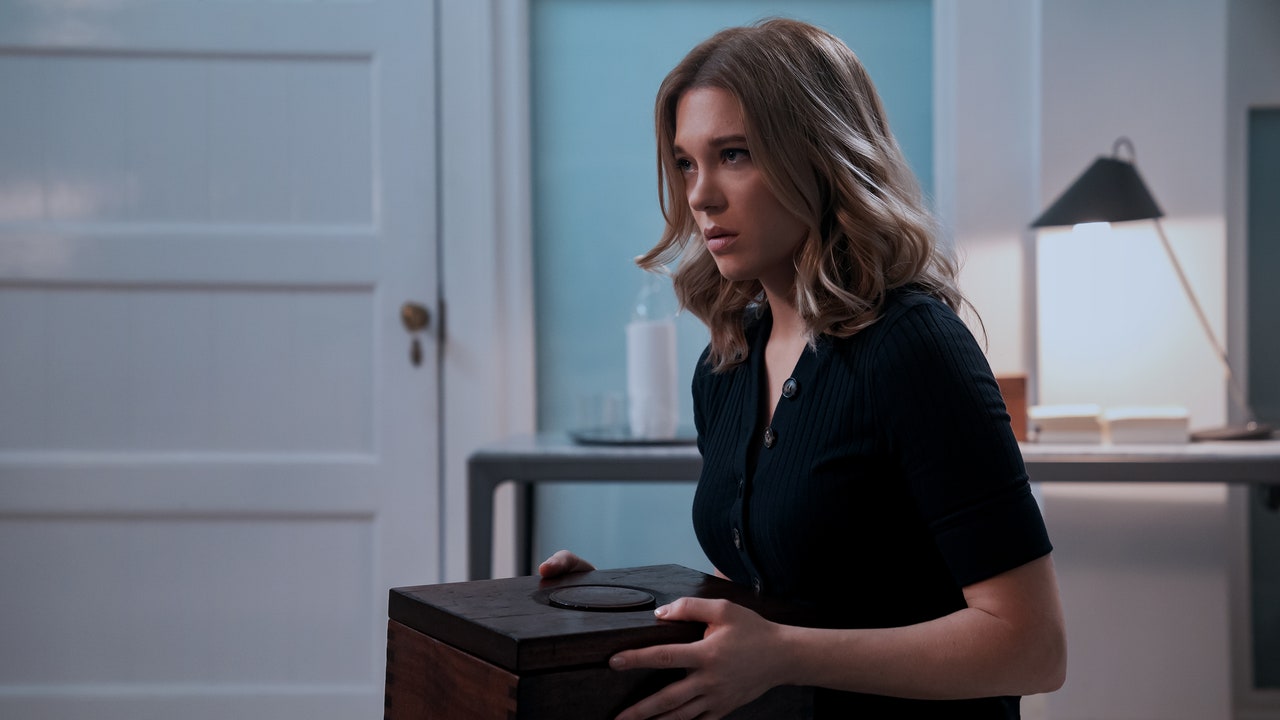 It’s a fact easily forgotten that in 24 films released across six decades, no love interest has ever played a significant part in more than one James Bond movie. But in No Time to Die, the 25th instalment of the blockbuster franchise which will mark Daniel Craig’s final appearance as the brooding secret agent, Léa Seydoux will do just that when she reprises her role from 2015’s Spectre as the enigmatic psychologist Madeleine Swann.

The 36-year-old French actor is used to making history. In 2013, she and her co-star Adèle Exarchopoulos became the first performers to be awarded the Palme d’Or alongside their director Abdellatif Kechiche for the ravishing and controversial love story Blue is the Warmest Colour. By then, Seydoux had already received César Award nominations for French dramas such as La Belle Personne (2008) and Belle Épine (2010), and had enchanted viewers with her cameo in Inglourious Basterds (2009). Then she joined the ensemble cast of The Grand Budapest Hotel (2014) as a sphinx-like maid, before signing on to play the soft-spoken but fiercely intelligent and capable Swann.

In Spectre, Bond meets Swann, the daughter of the recently deceased villain Mr White (Jesper Christensen), in the secluded Austrian clinic where she works. The pair are ambushed but escape, travelling to Tangier in search of clues and later to London where, following an explosive finale, they drive off into the sunset together. Cary Joji Fukunaga’s No Time to Die picks up their story in Italy as they consider their future together, until their enemies catch up with them and Bond begins to fear that she will betray him.

Ahead of the film’s release in cinemas on 30 September, Seydoux talks to Vogue about its powerful female characters, the stunts that made her nervous and her next project, Wes Anderson’s The French Dispatch. 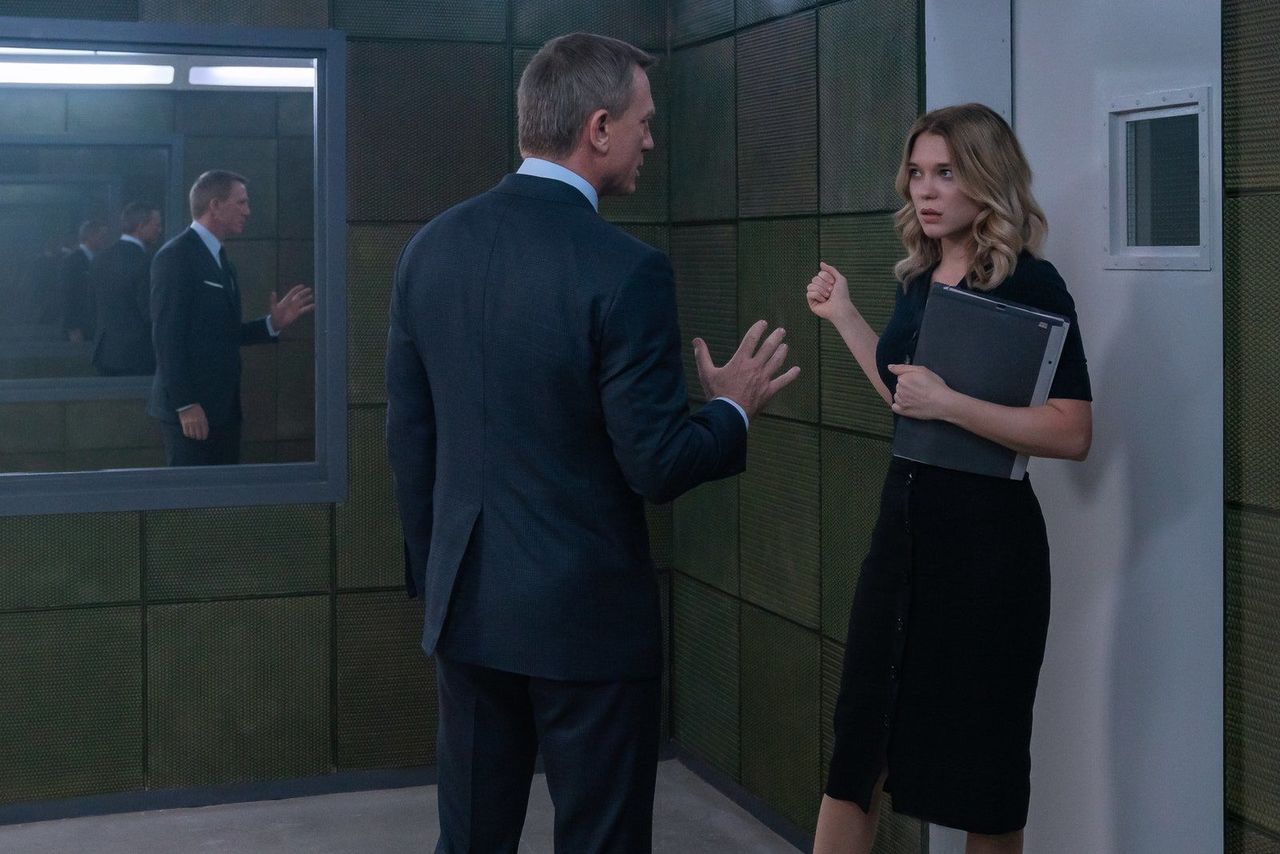 Daniel Craig and Léa Seydoux as James Bond and Madeleine Swann in No Time to Die.

Spectre ended with James Bond and Madeleine Swann leaving London together. Did you know at that point that she’d be back for the next film?

“I hoped she would, but I really thought that was Daniel’s last Bond film so when they called me to say that he was coming back, I was surprised. And then, of course, they asked me to come back. I’m happy that, this time, I had the chance to develop the character a bit more. We get to know more about her background and her relationship with her mother. Because of that, we can better understand the relationship between Bond and Madeleine and why they’re so connected. They have a lot in common. They’re both damaged, they’re orphans and Madeleine’s father was an assassin so she knows about this world. They understand each other.”

Madeleine is also so central to the film. Were you surprised to find out that she would be only the first of Bond’s many love interests to appear significantly in two films?

“She’s the heartbeat of No Time to Die. We get to know her better so we are more attached to her. That was something new for this franchise because, in the past, the women in it were not as developed. With Naomie Harris, Lashana Lynch and Ana de Armas, there’s this panel of strong women in it and there’s diversity. That, in a sense, is also very new and it was necessary. Plus, they’re not just strong characters. They have real depth.” 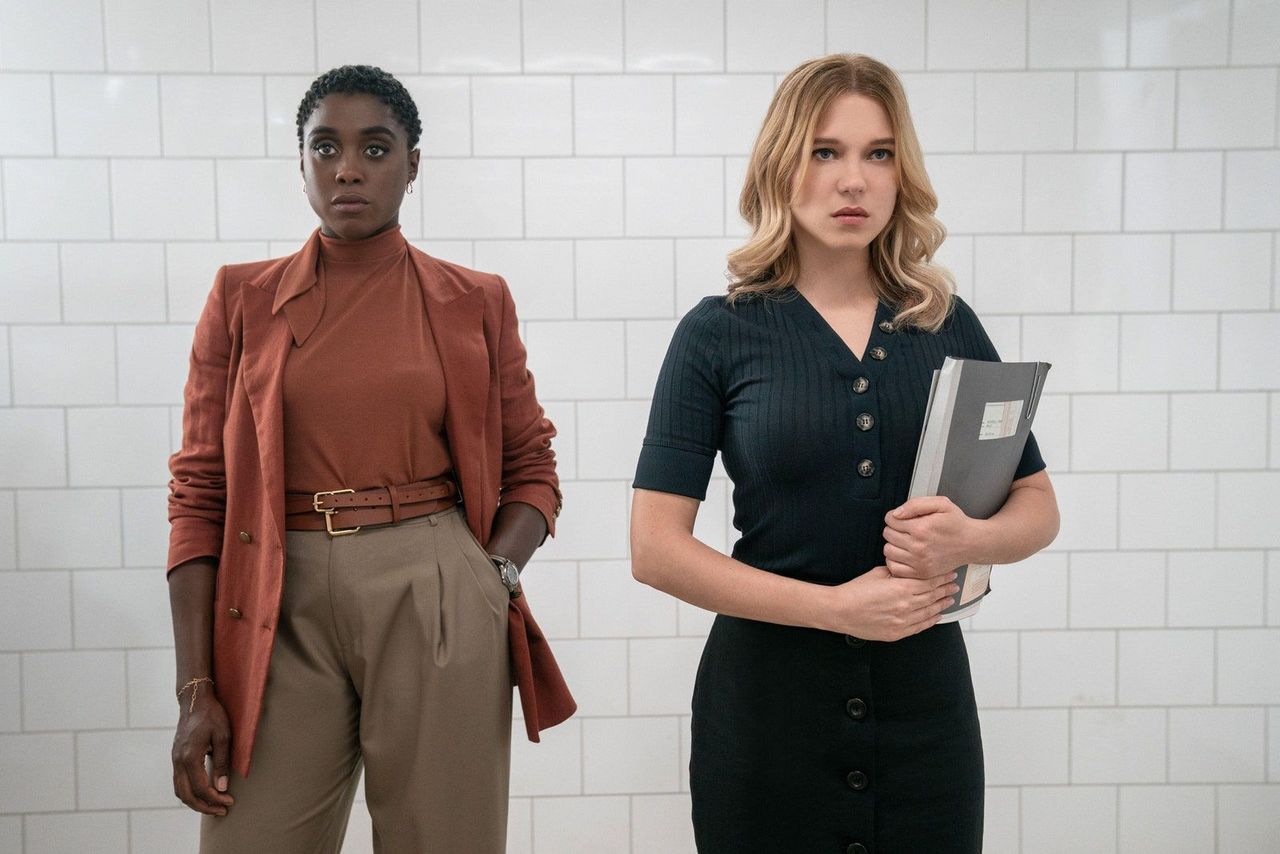 Lashana Lynch as Nomi and Léa Seydoux as Madeleine Swann in No Time to Die.

When it was rumoured that Lashana Lynch would be the new 007, there was a lot of speculation about the next Bond being a woman. Is that something you’d like to see?

“No, I don’t think so, because James Bond is James Bond. But, I would love to see a female character like James Bond and I’m sure that will happen.”

There are so many incredible sequences in the film, including a car chase that we’ve seen in the trailer. Which were the most challenging to film?

“That car chase was kind of scary [laughs] but fun. It’s the kind of thing you do in a James Bond film and, as an actor, it’s always good to push boundaries but I’m not very brave so every time I had to do a little stunt I was nervous. But, at the end, you feel proud. There was also another scene in which I had to swim and stay in the water for almost a day. That was quite tough. I did films right before and after No Time to Die, too, so the shooting process was compressed. I think it was three months and on Spectre, it was eight months, but the role this time was bigger, so it felt very different.”

How does it feel now to have the film coming out after more than a year of delays?

“It’s crazy. So much time has passed that it’s weird to now be doing the promotion for it, but I’m so happy. It’s Daniel’s last James Bond film and he really deserves to have a great send-off. To work with him again was such a joy. And the film is not just entertaining, it’s actually very emotional. I’m sure that people will be surprised and I hope they’ll love it.”

Another film you’ll be appearing in soon is Wes Anderson’s The French Dispatch. What was your experience of filming that like?

“It was great. It’s a bit like a James Bond movie because there are so many characters and it really felt like a family. It was nice to be with all of those people because sometimes when you’re carrying a film on your shoulders and you’re the only one, it can be a bit lonely.”

Beyond work, what has the last year and a half been like for you?

“The pandemic was really tough. It made me ask questions about the world and I watched as things fell apart. It felt like people would be more aware of the serious problems we face after it, but now, it feels like nothing happened. We’re back to where we were before it. I have to say, I’m a bit distressed about the world right now.”

No Time to Die will be in cinemas from 30 September.