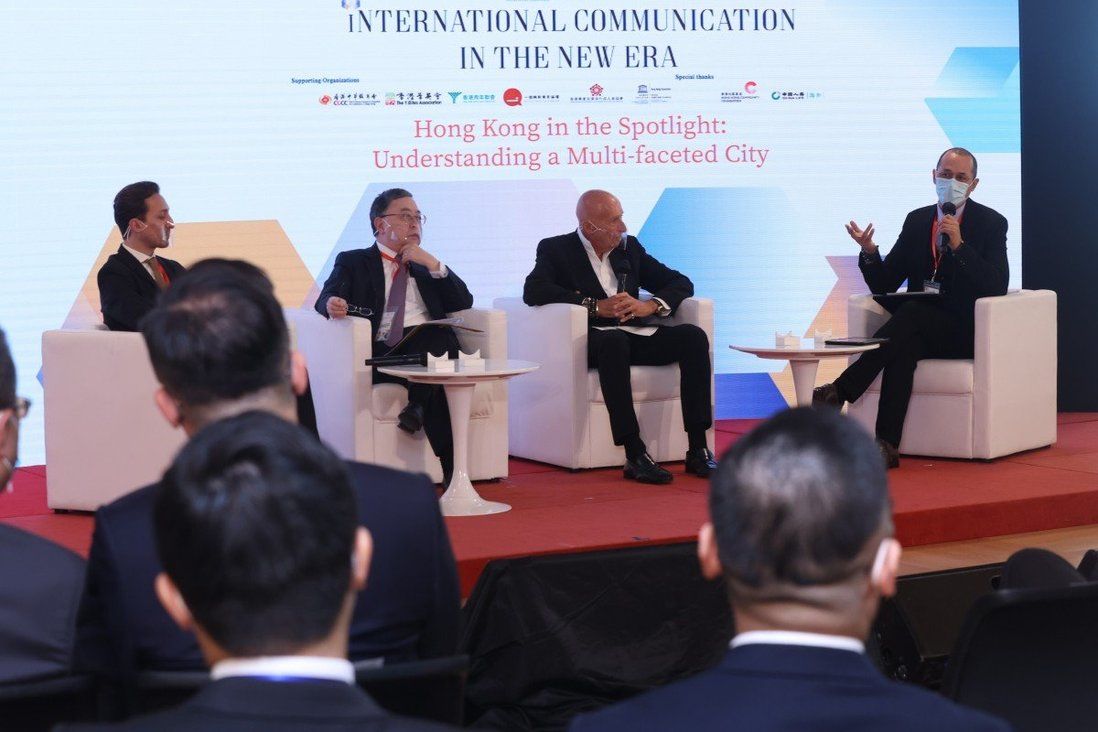 Speaking during the forum organised by former Hong Kong leader CY Leung, entertainment mogul Allan Zeman suggests the government should look to Singapore as an example for housing policy.

Hong Kong authorities need to boost housing supply and guide residents in embracing opportunities in mainland China as they try to mend social divisions and promote the country’s success to the rest of the world, according to speakers at a high-powered forum on Monday.

During the “international communication in the new era” event, prominent business leaders said they expected things in the city to improve, economy and livelihood initiatives in particular, now the political system had been changed and the opposition could no longer obstruct essential policies. 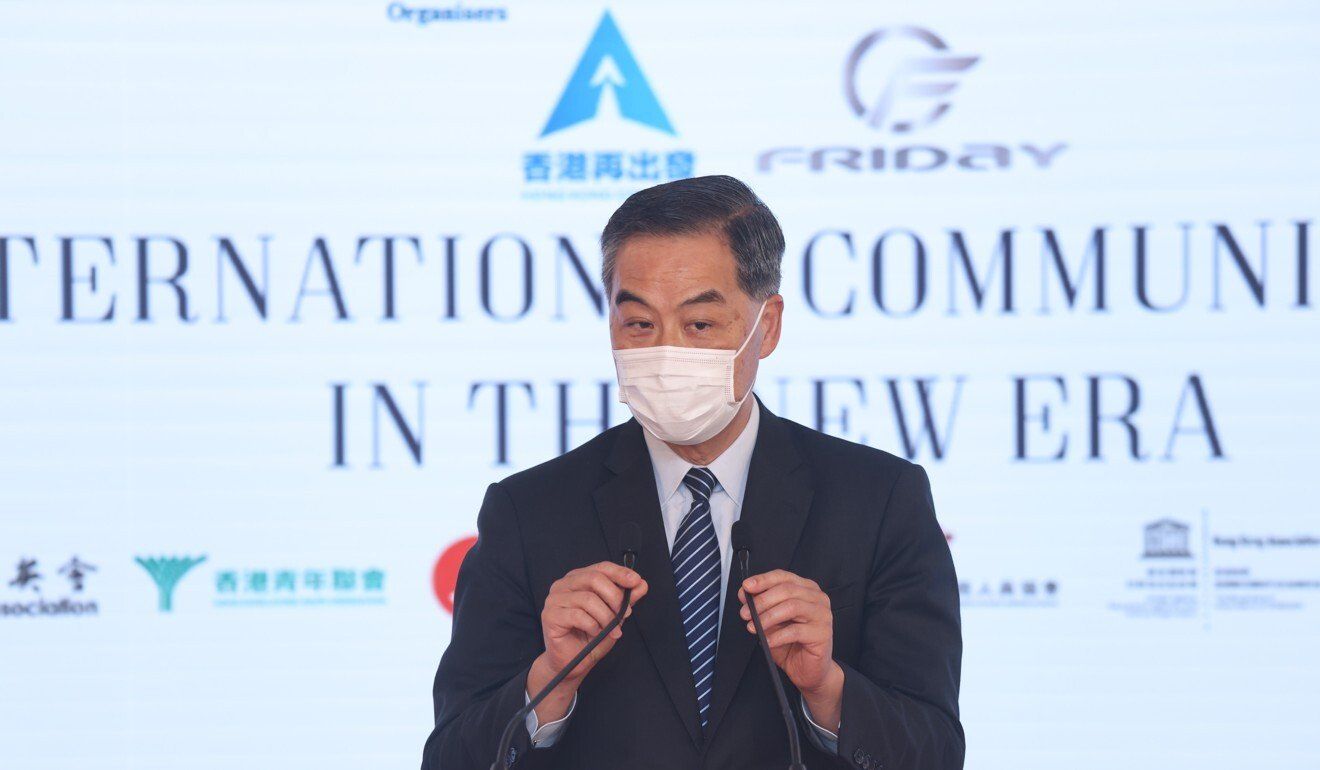 Former Hong Kong leader Leung Chun-ying gives the opening address at the opening of the forum on international communication in the new era.

“Singapore has more draconian laws than Hong Kong, but in general, the people are happy because the late [former prime minister] Lee Kuan Yew … made sure that 90 per cent of the population could have a roof over their heads,” he said.

“I’m hoping that whoever the next chief executive is, really takes that as the number one process to … bring it to 90 per cent, and then suddenly you will have happy people who love China, who love Hong Kong and love their life.”

Last week, Hong Kong passed a landmark bill to drastically reshape its electoral system and meet Beijing’s insistence that only “patriots” be allowed to govern the city, effectively expanding the influence of pro-establishment forces in the Legislative Council and other political bodies.

Zeman said he hoped that with the new law, Legco could regain its efficiency, helping the government to resolve various socio-economic problems.

Speaking at the same session, billionaire developer Ronnie Chan Chi-chung, chairman of Hang Lung Properties, agreed that tackling land and housing was the key to a happier population, and accused opposition lawmakers of blocking the government’s plans to boost land supply in the past.

“The government’s use and sale of land does not require lawmakers’ approval … we can only raise our concerns in the chamber or in the town planning board, but officials can still go on with their plans,” he said.

“We’ve also told the government that they can use more of their land for subsidised or public housing because the developers have large land reserves already.”

Chan also urged the government to improve students’ Mandarin qualities so they could embrace opportunities on the mainland.

“Why did we learn English in the old days? Because you need to make money. Today you want to ride on the economy? You learn Mandarin,” he said.

At the forum, Leung gave a speech on Hong Kong’s mission and role in promoting China’s image abroad. He said the city could tell the world about success stories on the mainland, when Western media was mostly concerned about China’s politics.

“In the past two years … news about [China] as reported by international media are mostly confined to politics – a result of agenda-setting by Western politicians,” he said.

“Hong Kong has a unique mission and probably an even more unique role in rebalancing the range of China subjects in which the international audience should have an interest … We should present the people of the world with the full range of stories of China. The real China story must come out.”

Leung also said in the past two years, he had visited mainland regions such as Shandong and Jiangsu to see how new business opportunities were created for Hong Kong and foreign firms. These were stories that should be reported, he suggested.