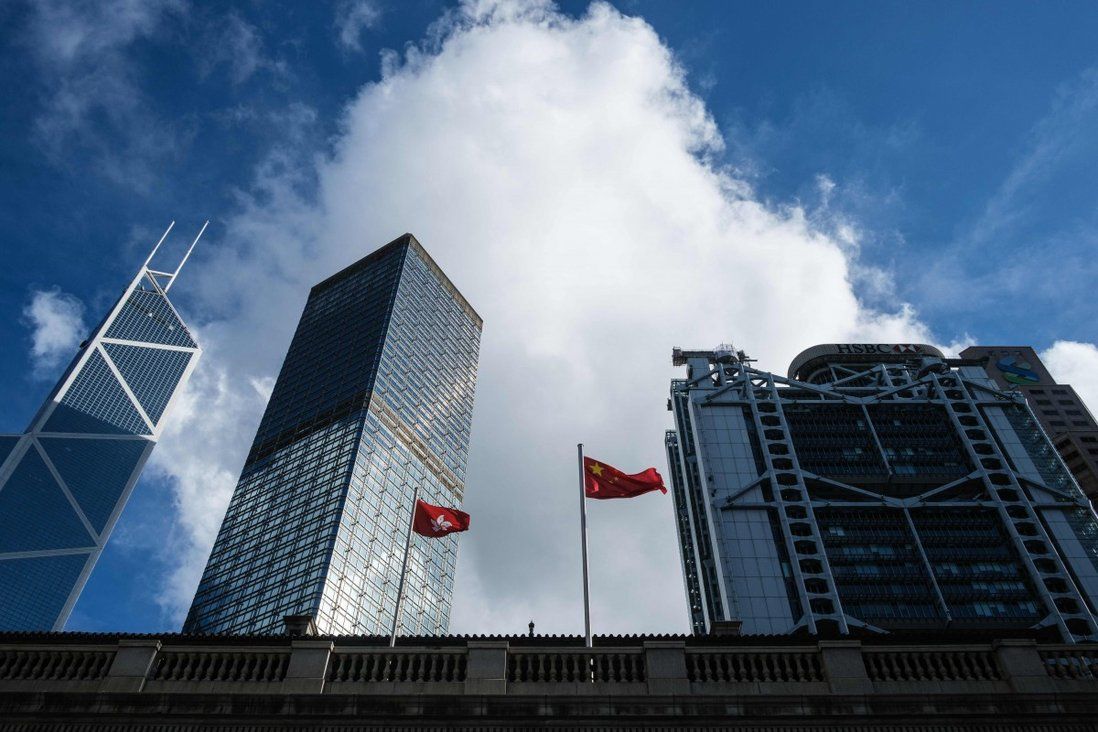 Hong Kong’s 36 deputies to the national legislature and its 202 advisory body members will be allowed seats in the committee’s occupation-based subsectors, in addition to the ones earmarked for them.

Some of Beijing’s most trusted loyalists will be handed a direct seat in the occupation-based subsectors in an influential committee that oversees Hong Kong’s key elections, without having to go through a poll as their professional peers will, the Post has discovered.

The blueprint announced by Beijing’s top legislative body last week that drastically overhauls Hong Kong’s electoral system already indicated such an arrangement would be provided for.

It said the city’s 36 deputies to Beijing’s top legislature, the National People’s Congress (NPC), and its 202 members of its advisory body, the Chinese People’s Political Consultative Conference (CPPCC), would be allowed to register themselves under various industrial or professional subsectors in the Election Committee other than the 190 seats set aside for them, so long as they had substantial ties to those fields.

The arrangement gives the two groups even more influence in the enlarged 1,500-strong Election Committee than previously understood.

But no other details have been forthcoming and the Post has reached out to the Constitutional and Mainland Affairs Bureau for comments.

The phrasing suggesting that members of the two groups “may choose to register as an Election Committee member” – contained in the newly amended Annex I of the city’s mini-constitution Basic Law – have left many speculating.

Multiple sources – including individuals briefed by the government – have told the Post these specialised groups of loyalists would be allowed to secure a seat without having to enter a race.

And once they do obtain the seat, there will be one less up for grabs for others hoping to get in via elections, as opposed to taking one of the seats set aside for heads of statutory bodies, for example.

But it remains unclear how exactly the loyalists are supposed to apply and what will happen if several delegates seek to sign up for the same subsector.

Political commentators said eligible individuals could make use of the advantage by taking seats in other subsectors to make room for additional candidates as the current number of seats assigned to them was insufficient to accommodate all 238 members from the two groups.

Some loyalists have already said the impact would be limited, as few members would be keen to take them up. “Some of the big guns would rather stay in their own sector to compete [for] the 190 seats as winning a seat would command more respect,” said one of the insiders, who preferred to remain anonymous due to the sensitivity of the matter.

Critics argued the arrangement was yet another sign that Beijing’s electoral overhaul had undercut the city’s democratic values, with the overall number of seats up for grabs through voting already slashed significantly.

Under the set of changes announced by Beijing, the Election Committee, originally tasked to select the city’s chief executive, will be increased from 1,200 to 1,500 members. It has also been given a new gatekeeping task to nominate Legislative Council candidates, as well as send 40 members to the new legislature, taking the majority of the 90 seats, up from 70.

In some professional subsectors – including ones for the legal, technology and accountancy industries, previously seen as opposition strongholds – Hong Kong representatives affiliated with mainland organisations will now be empowered to choose up to half of the seats.

NPC delegates and CPPCC members were previously eligible to run for the occupation-based subsectors, and they stuck to their loyalist seats. Those who crossed over to the subsectors did so via election.

NPC delegates would take their full 36 seats out of the 190, while CPPCC members would have to fight for the remaining ones, in an arrangement that allowed flexibility, he said.

“If they could go into other subsectors, they can slash the number of seats available to the opposition,” he said.

But former pro-establishment lawmaker Ip Kwok-him, now a NPC delegate, believed crossing subsectors in such a way would be rare because the new Election Committee had 110 seats set aside for Hong Kong members of “relevant national organisations” and where the other CPCC members could find an opening.

Democratic Party chairman Lo Kin-hei expressed shock over the arrangement, calling it “incomprehensible” and a “privilege on top of another privilege”.

“Obviously it will have an impact in terms of the number [of seats available for elections]. It does not only affect the opposition. For example, some members from the commercial sector may want to compete in an election as well,” he said.

Chief Secretary Matthew Cheung Kin-chung said more than 20 laws and pieces of subsidiary legislation would have to be amended to “localise” Beijing’s plan. The government intended to submit a draft of the omnibus bill to Legco in April and expected it to pass by the end of May, he said.

The government wanted to hold Election Committee polls in September, Legco elections in December and the chief executive race in March next year, he said, adding: “The end goal of achieving universal suffrage has not changed”.

Pro-Beijing heavyweight Rita Fan Hsu Lai-tai defended Beijing’s plan, saying Hong Kong had crossed a “red line”. She expected Beijing would still tolerate an opposition that was not advocating for “mutual destruction” – or laam chau – a slogan adopted by anti-government protesters during the social unrest that began in 2019.

At Sunday’s RTHK City Forum, local deputy to National People’s Congress Ma Fung-kwok and Hong Kong legislator, said he did not believe the central government wanted to get rid of all “dissident” views in Legco.

“No one would think it is a good system [if there was no opposition voice],” he said. “Every government needs to be put under some form of proper monitoring.”

Ma also said he was open to endorsing a pan-democrat candidate seeking a nomination to run in Legco elections.

Another speaker at the forum, Emily Lau Wai-hing, former chairman of the opposition Demcoratic Party, said the new electoral system devised by Beijing would only “deter” political talent from serving the community.

“One would need to beg for nominations [from Election Committee members], would need to prove he or she would not threaten national security, or prove he or she is a patriot,” she said. “In this case, do you think those sage and virtuous Hong Kong people, no matter which camp they are with, would be very much interested in taking part in such a game?”